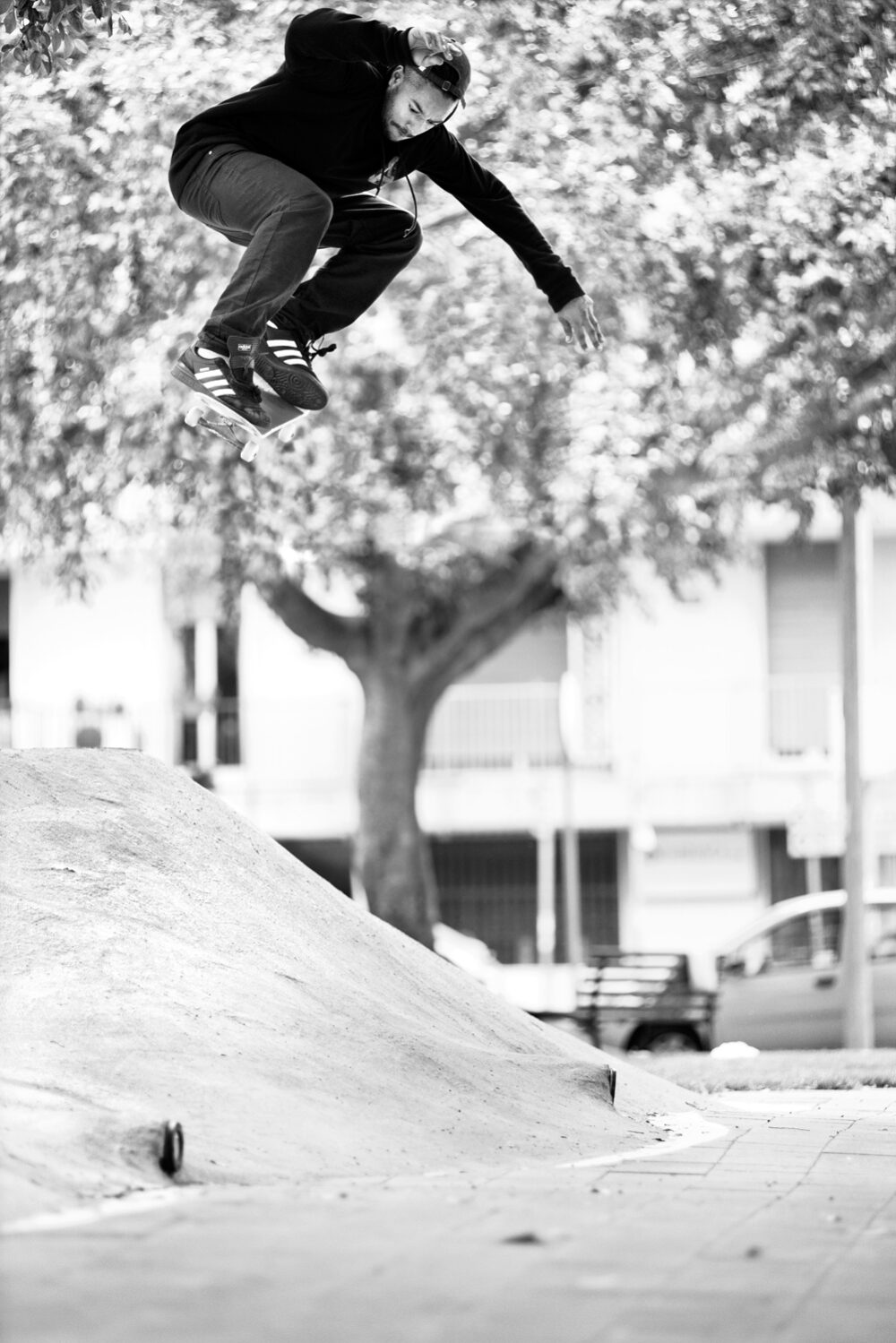 We caught up for a quick chat with adidas and Palace professional, Benny Fairfax, who shares a new adidas video part with Chewy Cannon.

Tell us about your new adidas part.
It’s just me and Chewy. We skate together all the time, so it seemed fitting that we share a part. Lev (Tanju, Palace co-founder) put some touches on the edit too, so it has a Palace feel to it.

Some of your footage was shot during the Grey trip to Sicily last spring. What can you remember about this trip?
The food was amazing: pizza, tomatoes, olives… Amazing spots, too. They’ve got these perfect plazas and then they’ve got downhill, SF-style spots too. It’s crazy over there.

You had a productive time there. You got stuff every day, from what I can remember.
It was fun because it felt like it was just friends. (Danny) Brady was on the trip, and Chewy and Lev… Stanners (Nick Stansfield) and Benson (Craig Stewart), and Morph (Dane Crook) was there filming, so it was a good laugh.

Tell us about the recent adidas X Palace collaboration. Do you know anything about the design process?
They made loads of sick clothes. They’re amazing. I think Lev was in charge of designing, but Nugget (Gabriel Pluckrose) and Gareth (Skewis, Palace co-founder) were involved too.

Endless Bummer had no London footage. Are you still aiming for London only for the full-length?
I think so, yes.

Have you seen much footage? Who has the most impressive stuff so far?
I’ve seen bits and pieces and I’ve witnessed quite a few things first-hand too. Rory (Milanes) is looking good. I know Chewy’s got lots of footage already and I think Lucien’s got some crazy shit too.

You moved to London recently after moving around quite a bit and spending some time in Australia. What prompted the move?
Mainly to film for the Palace video. And missing home, friends and family too.

So you’re here for the foreseeable future?
For the time being, yes. I’ll see how it goes this winter. The deadline for the Palace video is the end of the year, so I’ll be around until at least then.

Where are you living?
Camberwell in south London. Not too far away from Southbank and Waterloo and all the boys.

After spending the summer in London, which up-and-comers have impressed you?
There are loads of good kids here at the moment. I really like Casper (Brooker); he’s killing it. And little Curtis (Pearl); he’s really sick.

What was your reaction to the news that Southbank is saved?
It’s great news. I skate there loads when I’m in London, so I’m actually really stoked that it’s not going anywhere. I love skating there. Well done to all the people who put in all the work. Hold Tight Henry (Henry Edwards-Wood) in particular put in a lot of work. It’s nice that it paid off.

What are your plans after the Palace video?
I haven’t really thought about it. I’d like to stay in London. On to the next project, I suppose. adidas is making a full-length video.