Back in October 2013, Grey was invited along on one of the first filming trips for the new Cliché video, Gypsy Life, which is available on DVD starting today (and on iTunes from April 13th). Below is the article resulting from the trip, as featured in Grey vol. 02 issue 03. Keep an eye on our Twitter and Instagram accounts for some unused photos from the trip. 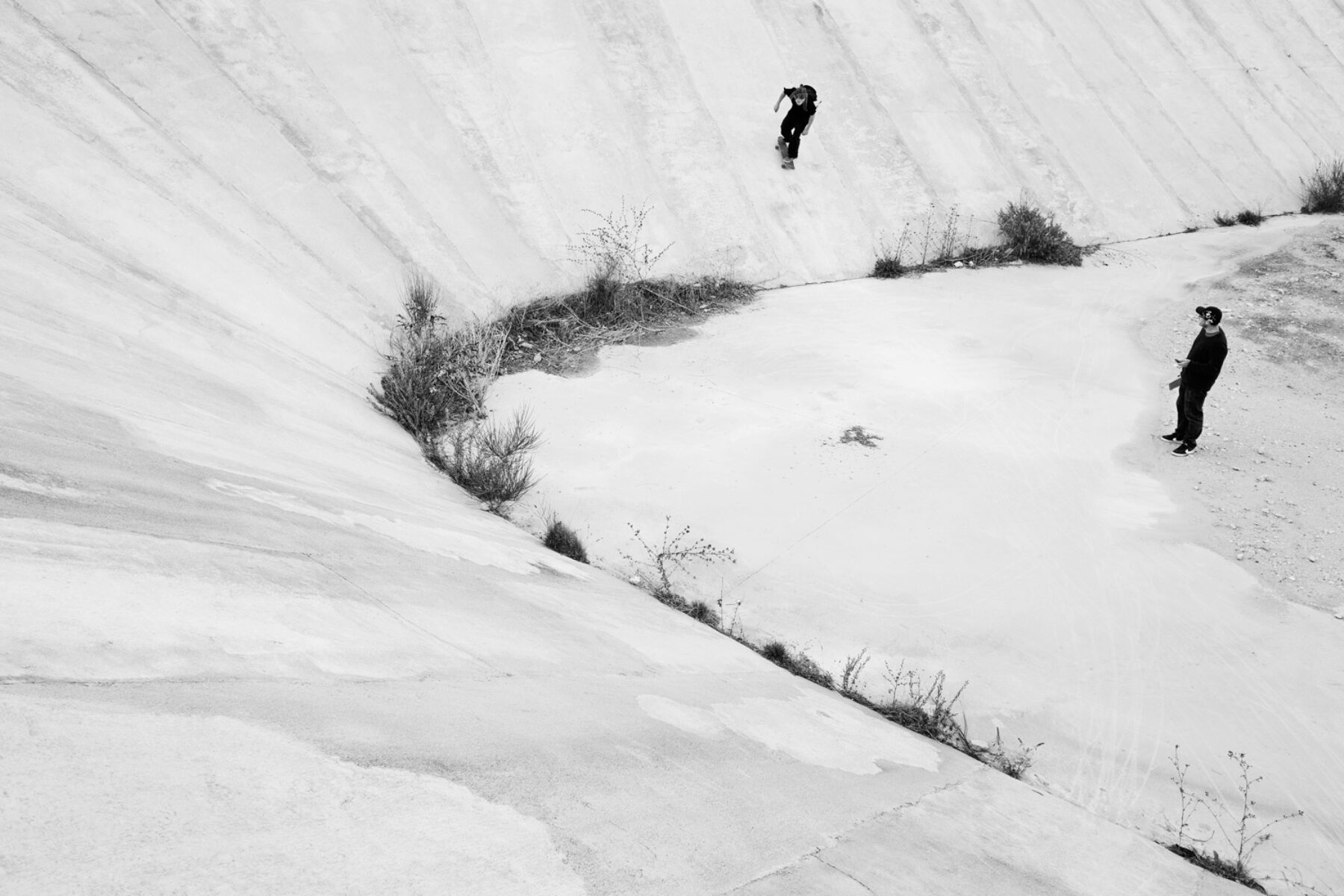 Chasing sunshine
Cliché is already working on the follow-up to Bon Voyage. The new video will be shorter and based around several filming trips plus a fourth Gypsy Tour. Grey was invited along for one of these filming trips this past October, split between Lyon – the home of Cliché – and Marseille, a three-hour drive south. Along for the ride were: Adrien Coillard, Kyron Davis, Arthur Derrien, Thomas Leurentop, Flo Mirtain, Ricardo Paterno, Boris Proust and Lem Villemin.

Lyon was cold and wet when I arrived. Me, Arthur and Thomas went wine tasting then the crew had an Eleventh Hour premiere at Flo’s apartment. That night everyone went out on a boat somewhere and of course the next day it was dry, just when everyone seemed too hungover to skate. But somehow Arthur, Thomas, Flo and Kyron all landed new tricks at the Gorge de Loup banks. Kyron had only had two hours sleep and actually looked quite ill, but he soldiered on, battling his trick for hours.

It was raining in Marseille, which was quite frustrating as the whole point of driving south was to escape the rain and cold in Lyon. Maxime Geronzi arrived on the train from Perpignan and some of the crew skated the mini-ramp at Momo’s new shop, Bud. Next day, we skated a block three where on a previous visit Boris had encountered some kids on mopeds who later followed the van and tried to open the back doors at a red light, hoping to grab camera bags. In terms of drama, this visit didn’t disappoint either. Some police in riot gear pepper sprayed a guy breaking into cars right where our van was parked. Shortly after, Momo asked some kids to move from a ledge Maxime was skating. They left, crossed a busy road, then started throwing stones, one of which hit Ricardo on the head, drawing blood.

The last two days were really the only sunny days of the trip and I witnessed the team in full swing. It was quite overwhelming, so many tricks being landed in quick succession and at such a high standard – it’s not what I’m used to. The new video should be really good, so look out for it next spring. Thanks to Al Boglio, Jeremie Daclin and Eric Frenay at Cliché for being great hosts and to Momo (Laurent Molinier) and Karim Cherif for showing us around Marseille. 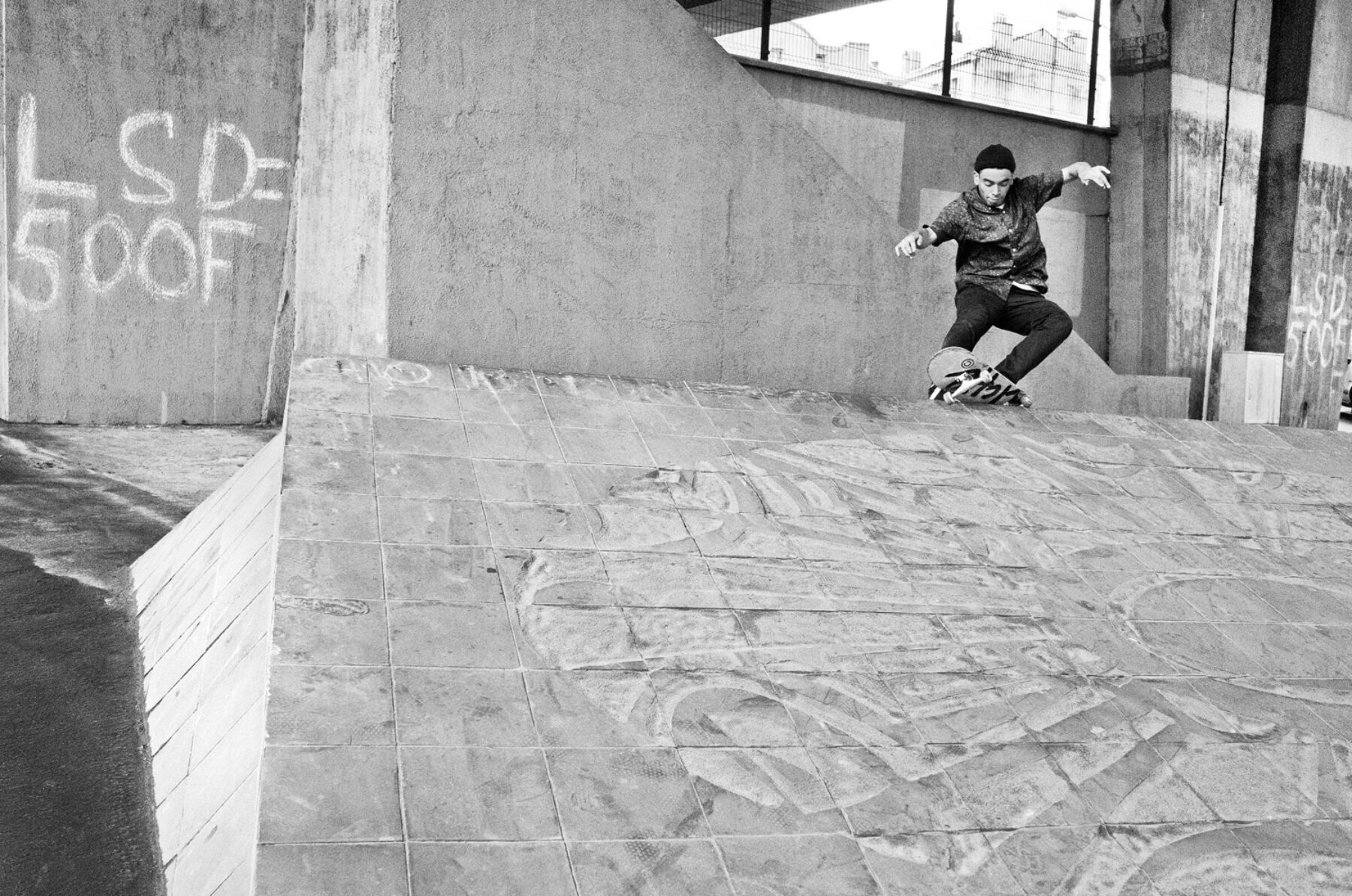 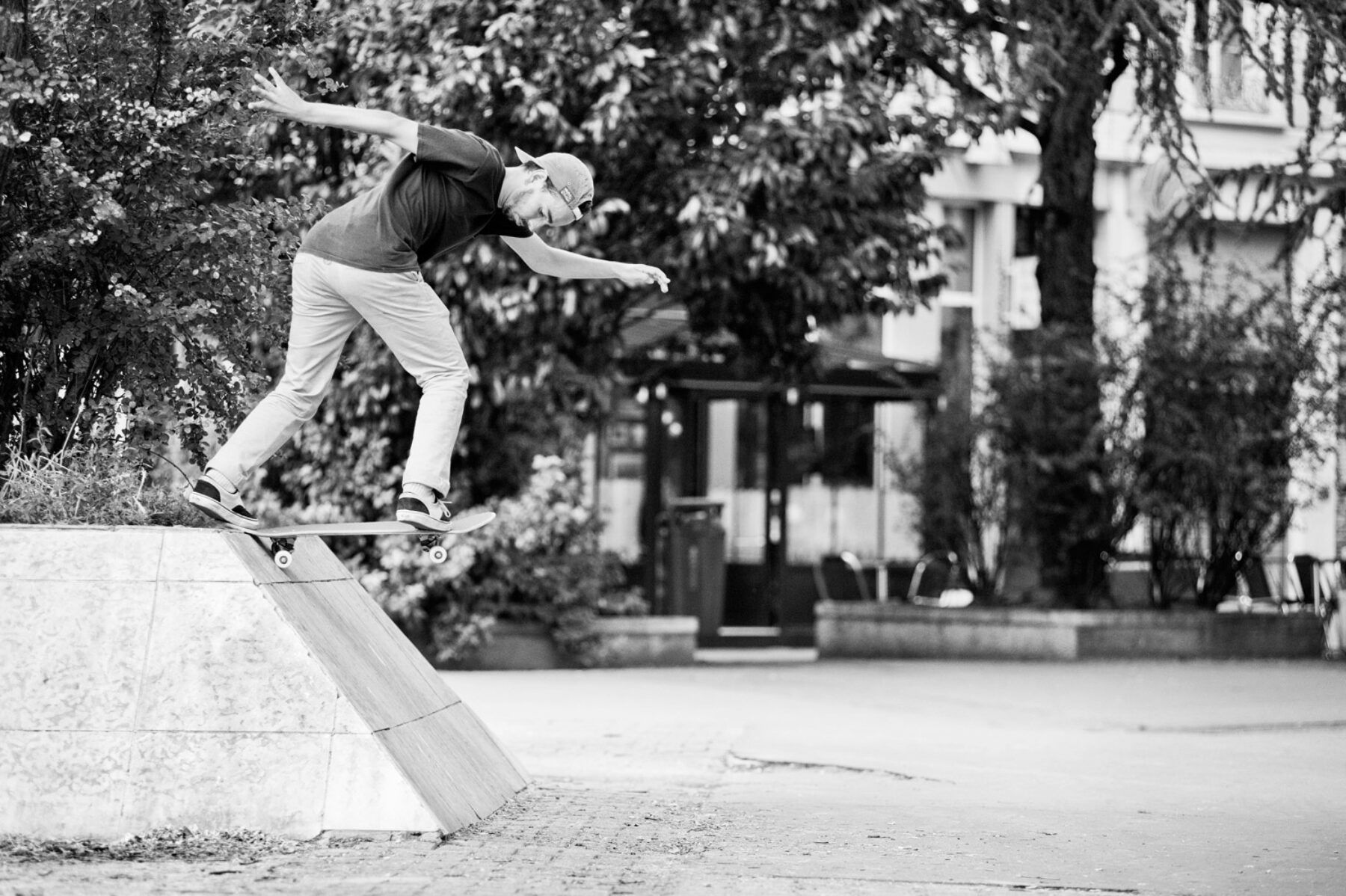 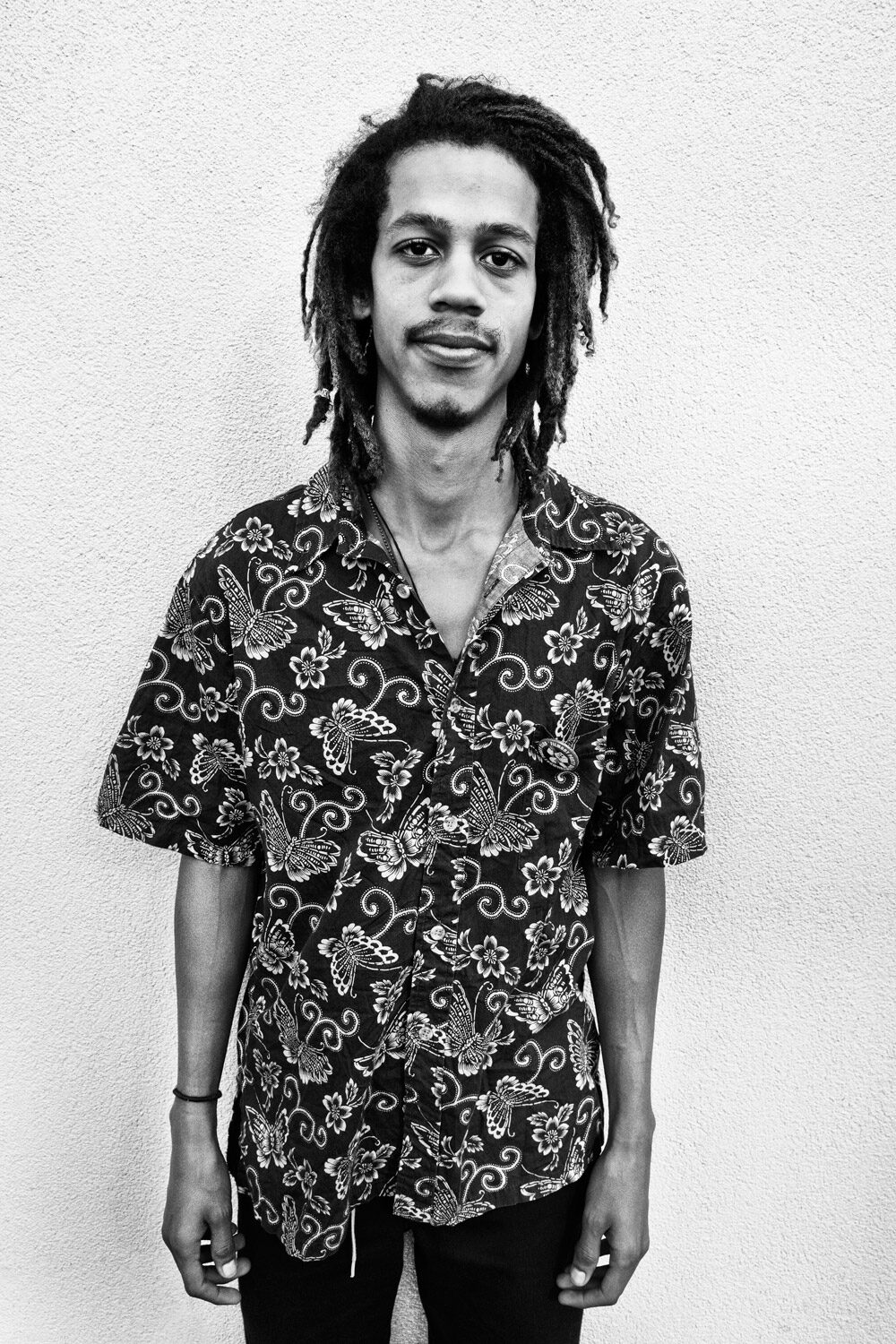 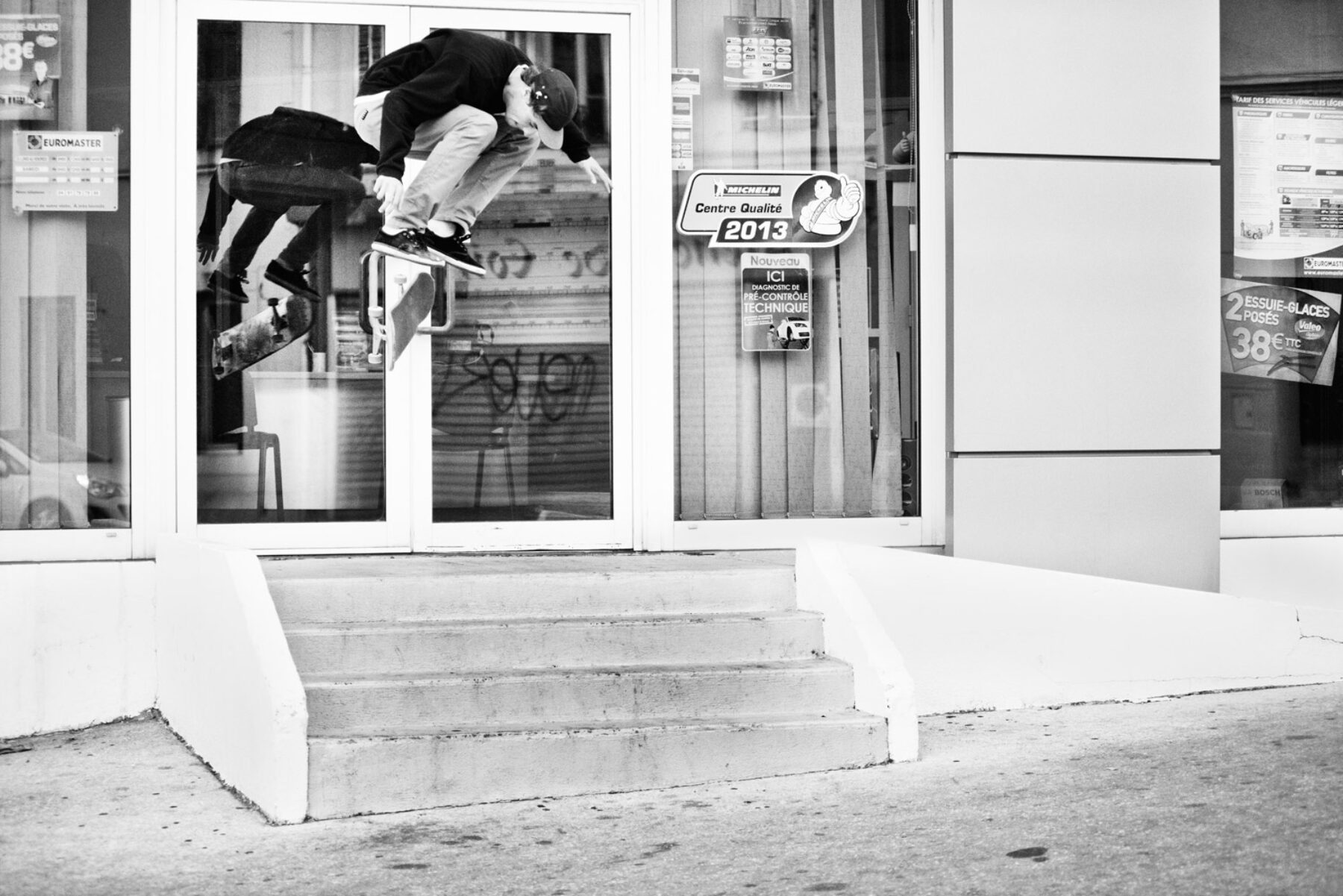 Flo Mirtain, backside kickflip, Marseille. Flo landed this trick perfectly about seven times before he was satisfied. During a later attempt, he collided with my flash at full speed, slicing open his shin in the process. 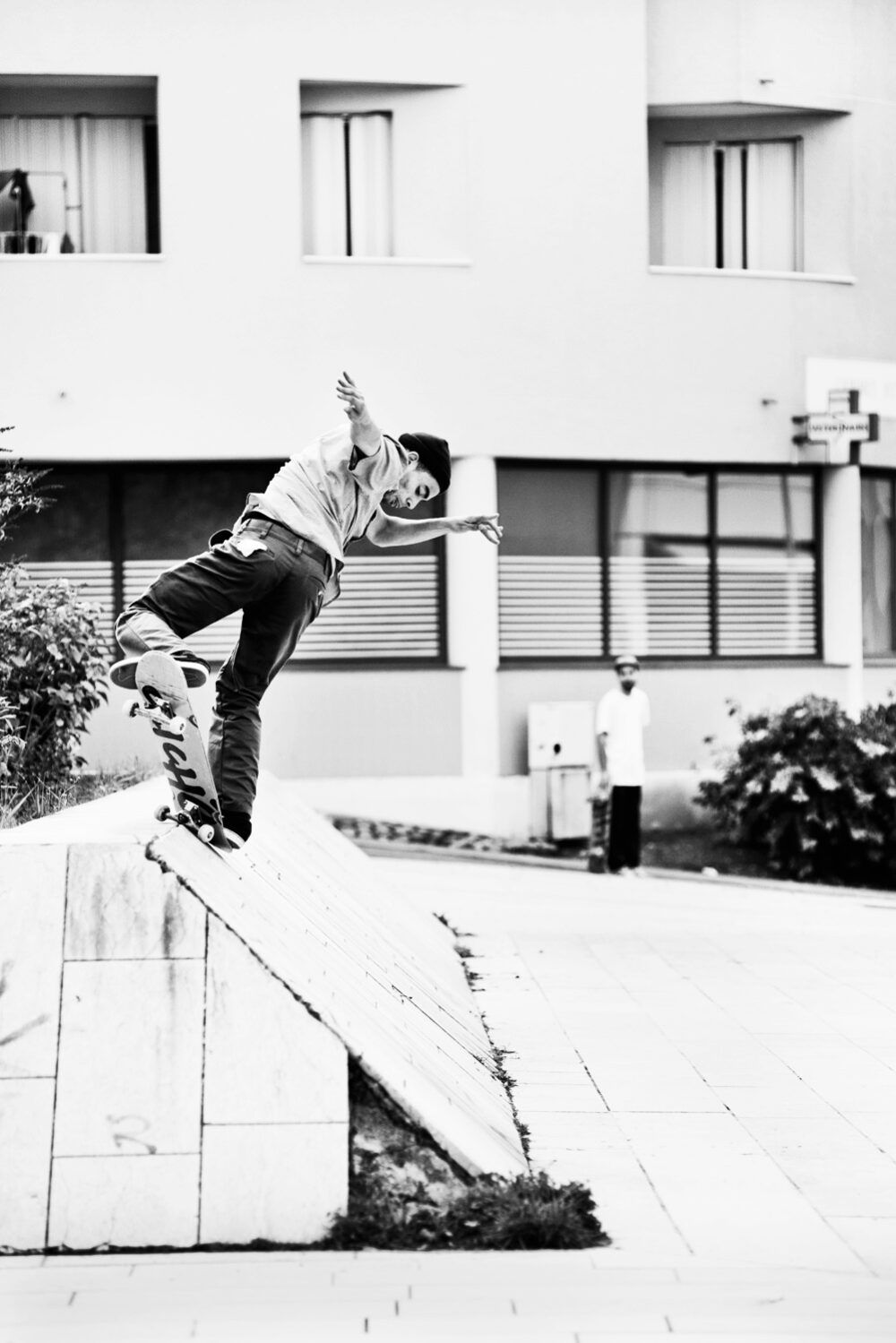 Kyron Davis, alley-oop 180 nosegrind revert, Lyon. It’s unusual to see Kyron trying tricks for a long time. On this occasion he was still drunk from the night before, so this complicated manoeuvre took him three hours to land. 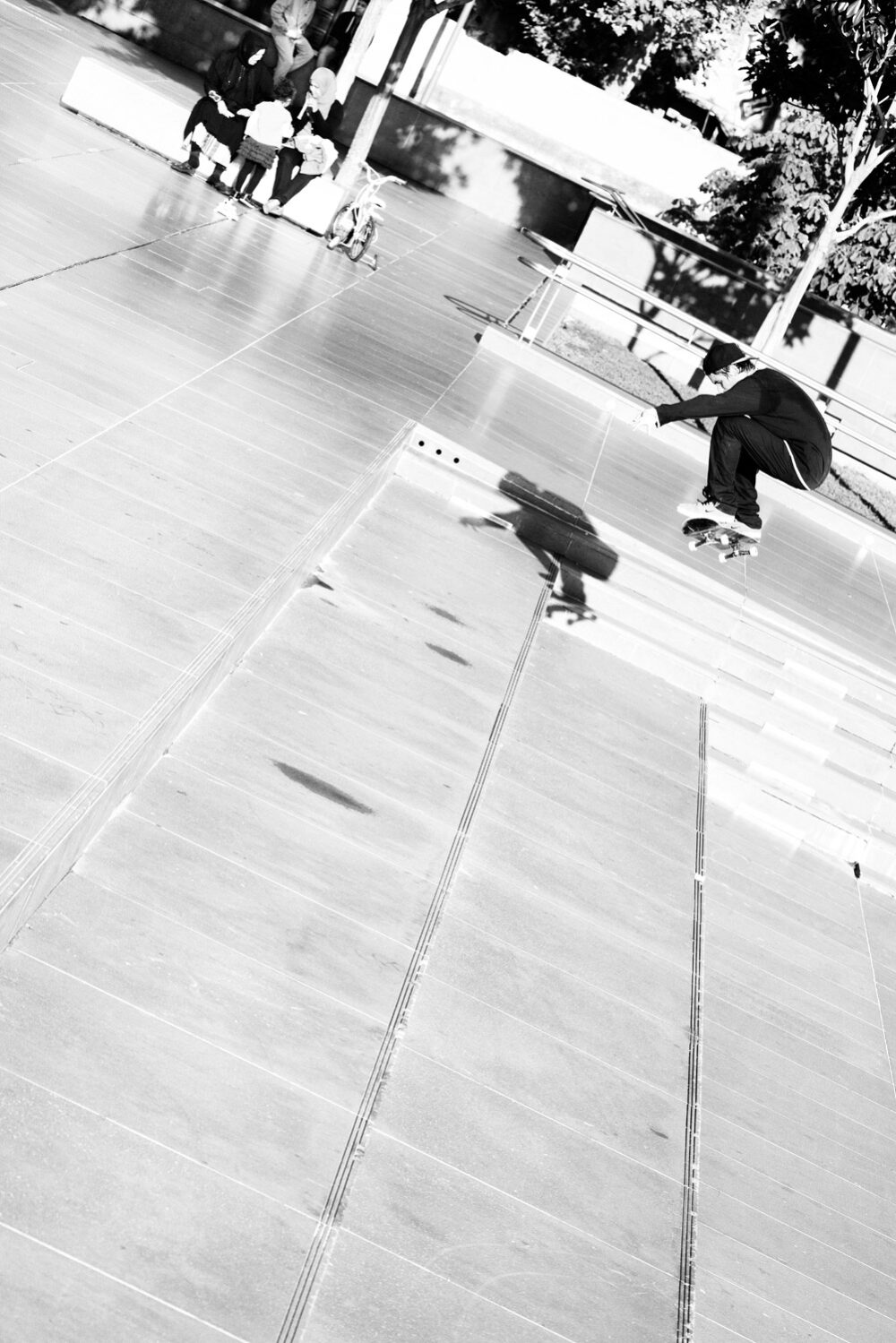 Maxime Geronzi, switch backside heelflip, Marseille. This trick was the first in a long and impressive line that and was landed pretty much every go, many times over. 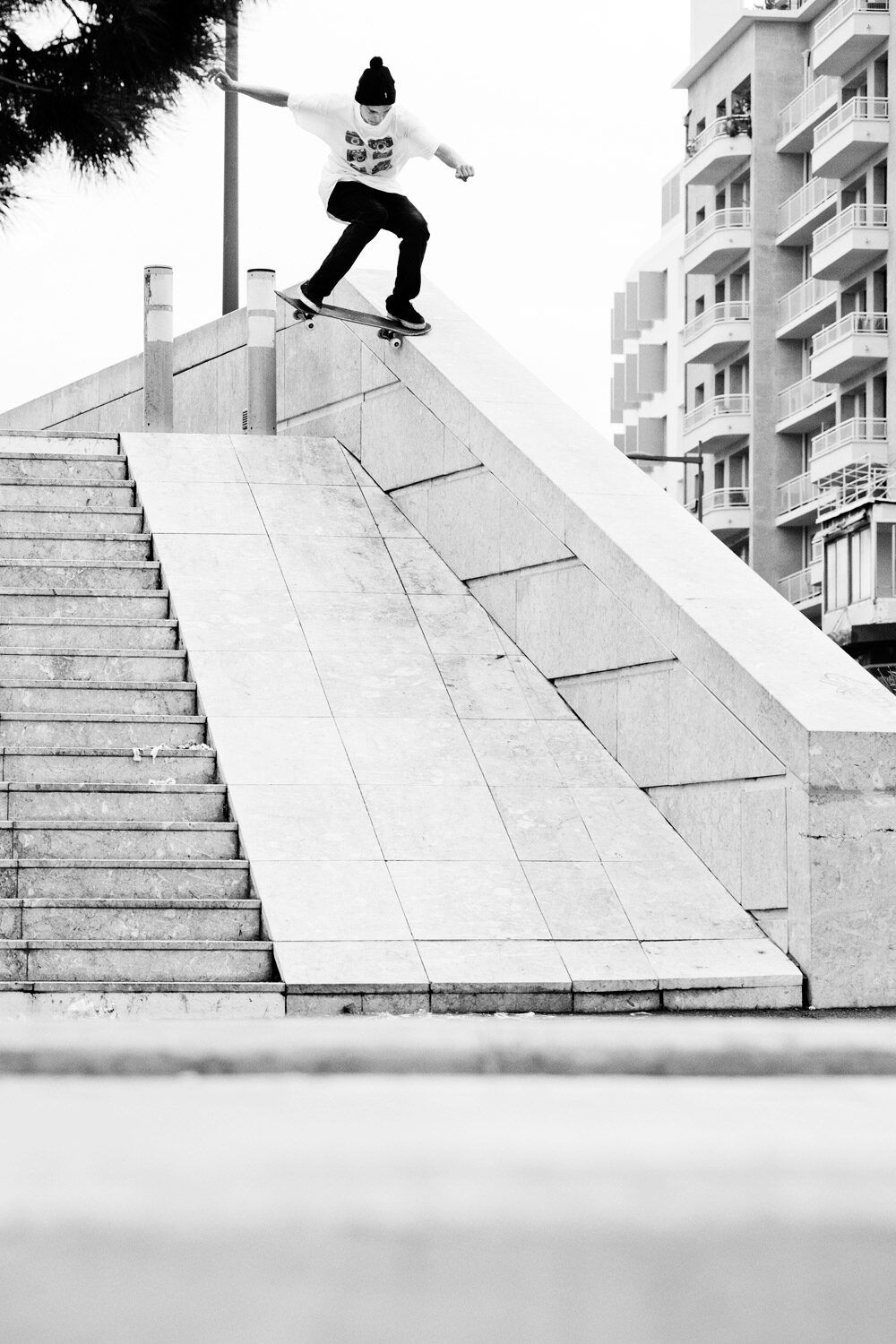 Adrien Coillard, noseslide, Marseille. We thought Adrien was joking when he started trying to ollie between the two posts and onto this ledge. He wasn’t.