Diamond Supply Co. has teamed up with legendary Venice, California brand Dogtown Skateboards for a collaborative capsule collection featuring iconic images and graphics. The collection is in shops now, or alternatively available to purchase direct from Diamond here.

“In the late 1960s Dogtown was the name for the not-so-sunny side of Santa Monica and from it, in the 1970s, a new lifestyle and culture emerged where surfers transitioned their wave manoeuvres to the pavement, using skateboards.

Coining the term “locals only” because outsiders were not welcome to their part of town, they were brash and unapologetic, and as the originators they symbolised everything about LA skate culture and backyard pool-skating. The Dogtown cross logo was designed by artist CR Stecyk III and gained notoriety after being published in Skateboarder magazine in 1975, and was printed on decks a few years later.

Of the collaboration Jim Muir, Dogtown founder and owner, on the collab: “When I was first approached, I immediately saw the Diamond logo in the middle of our cross. I’ve known the Tershays for a long time and I’m stoked that we’re about to put this out there – it really reflects both brand’s visions.”

Dogtown Skateboards celebrated their 40th anniversary milestone last year, and in 2017 Diamond Supply Co. are on the heels of their 20th year in business. The collaboration of the two blends their long-standing and iconic histories in a nostalgic mix of old and new school skate era styles. “Growing up skating in the late ’80s and ’90s I always thought Dogtown was sick. Cardiel, Wade, Karma, JJ Rogers, Dressen, Oster and Murray. It’s amazing to do this collab with Jim Muir and Dogtown.” – Nick Tershay (Diamond). 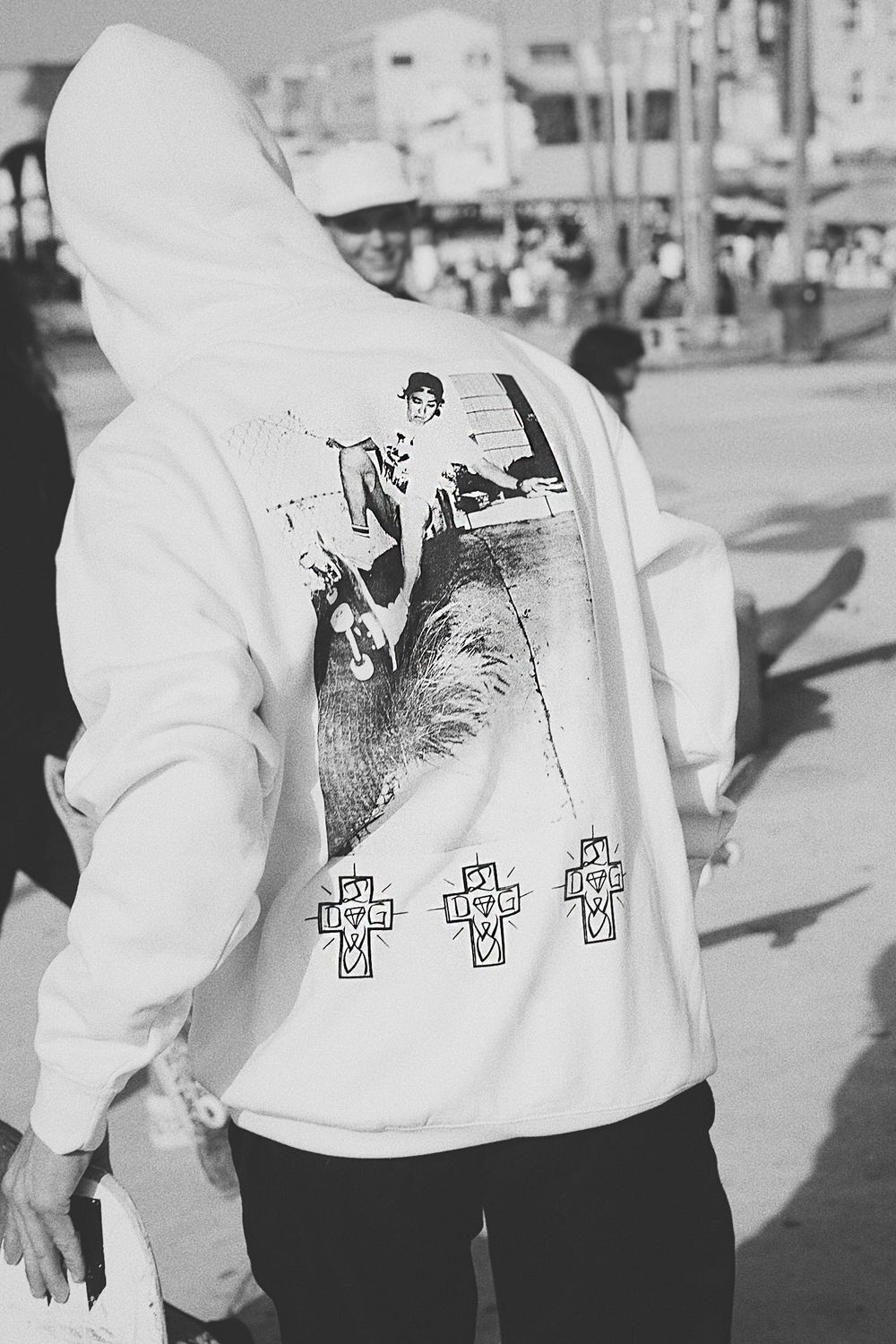 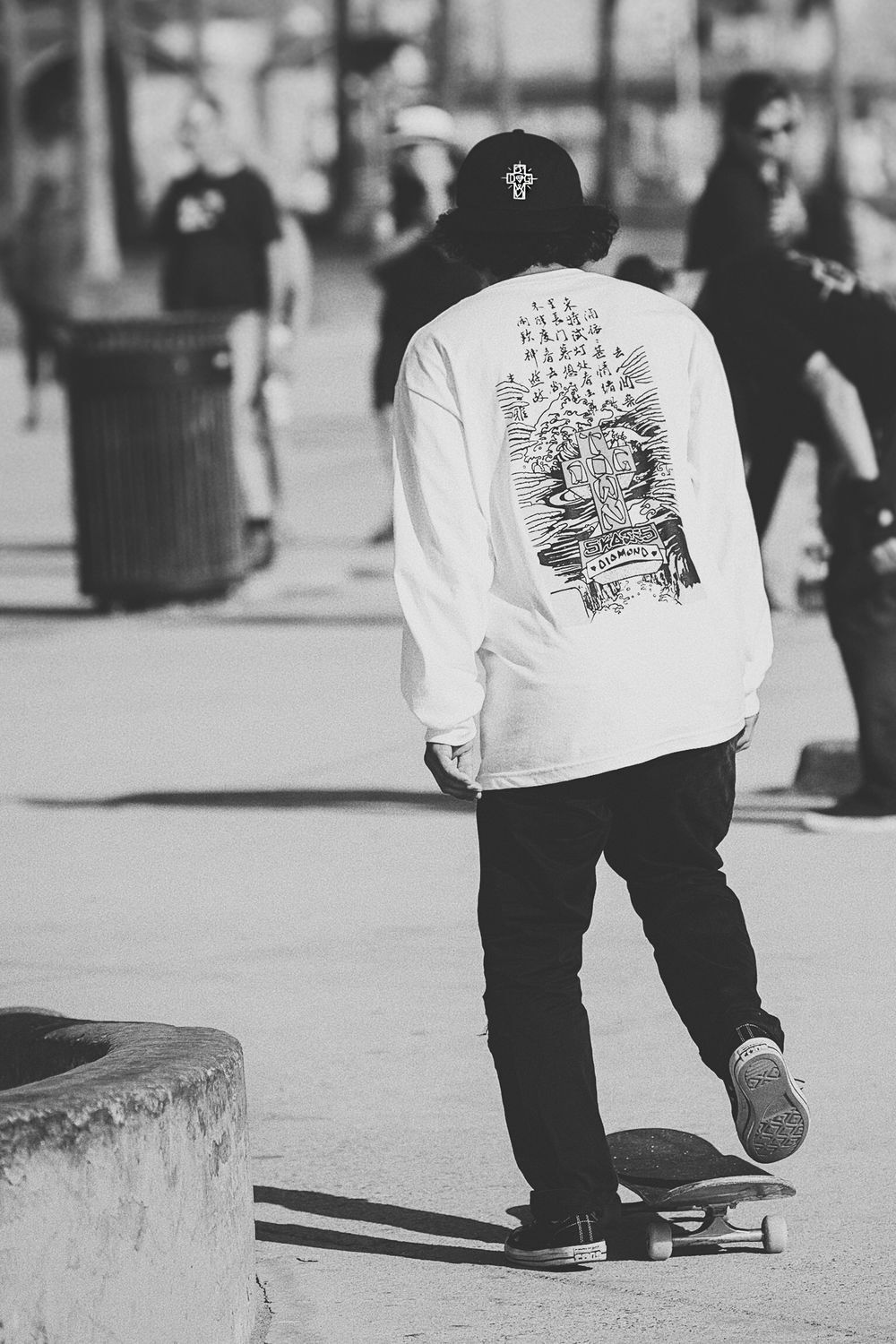 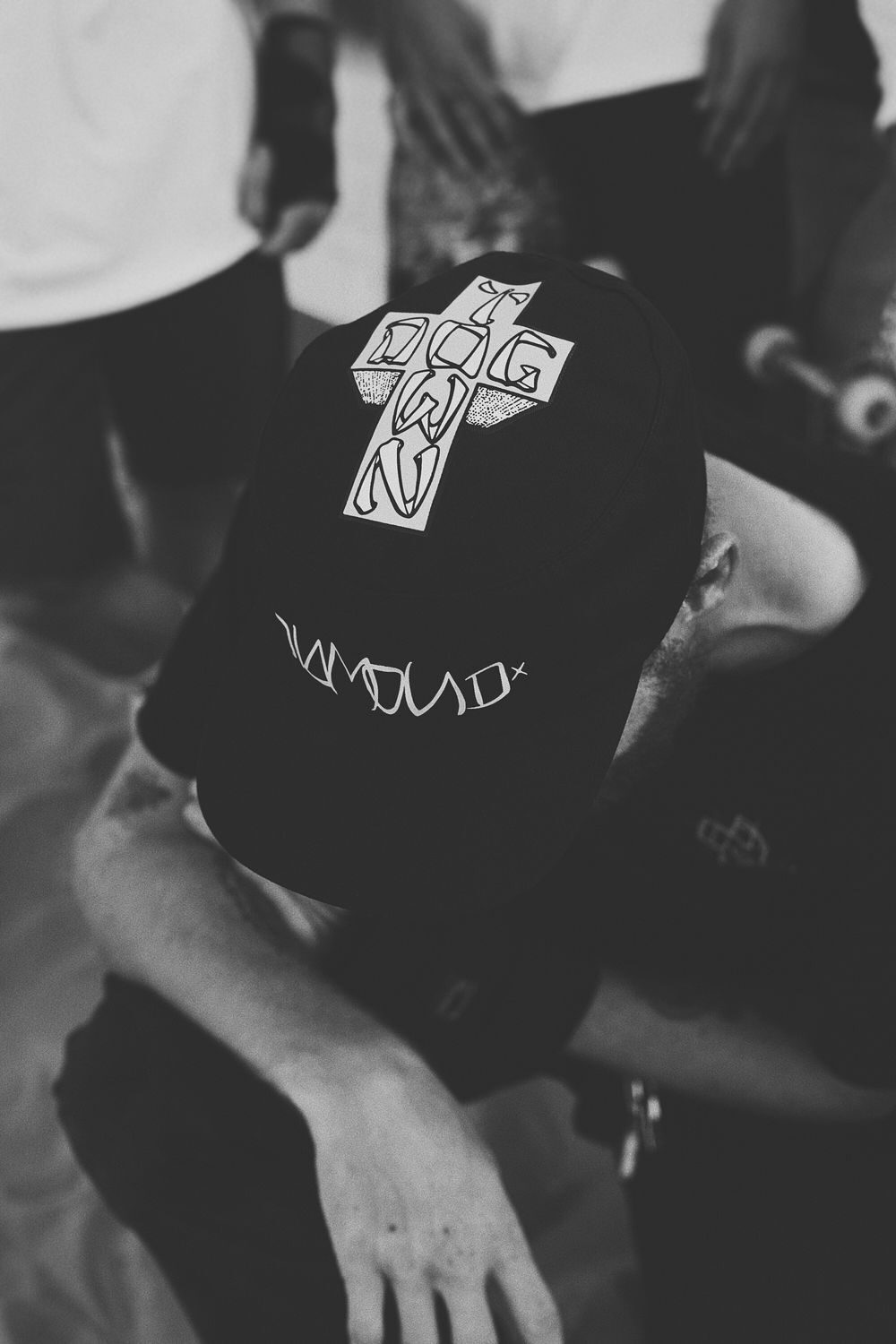 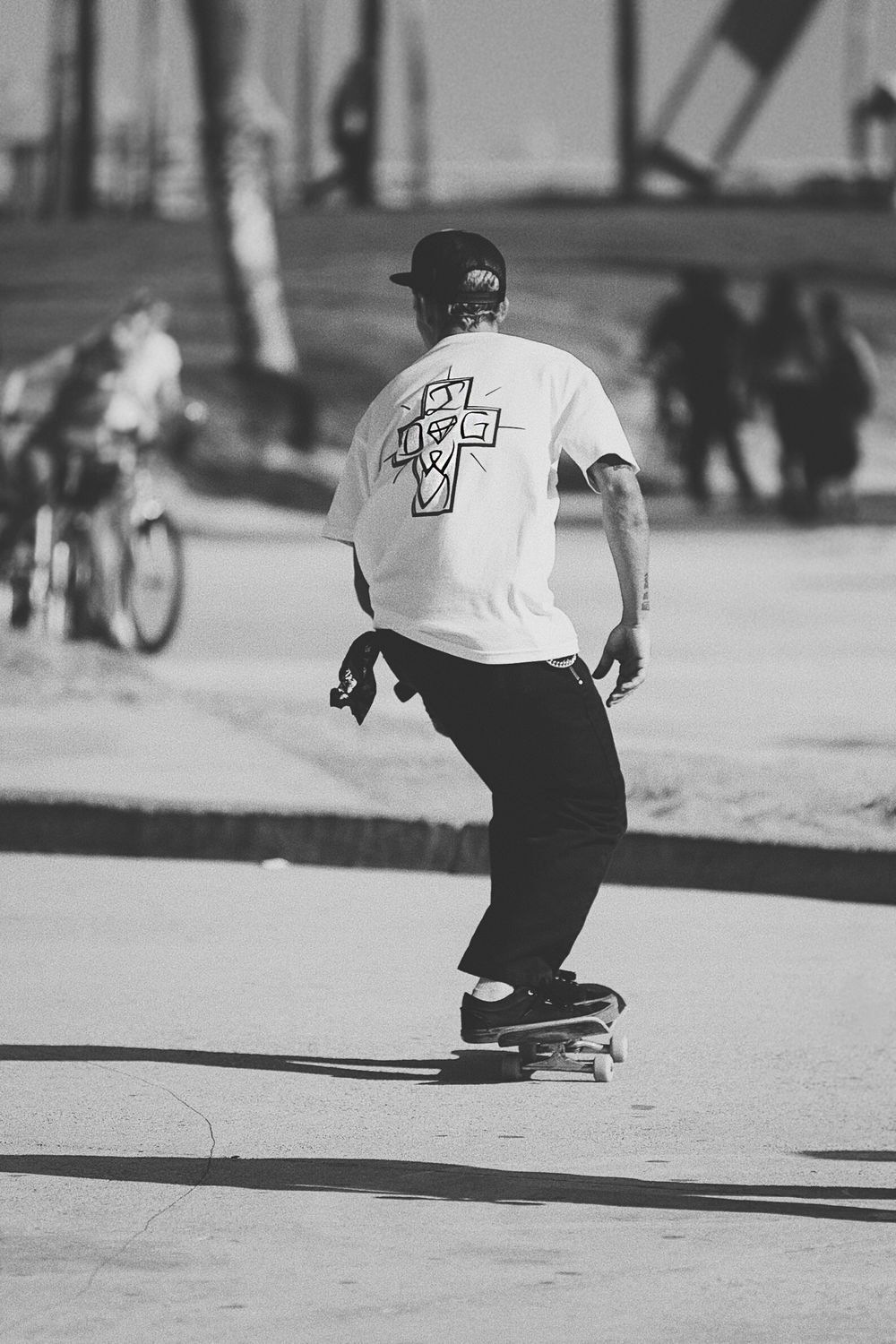 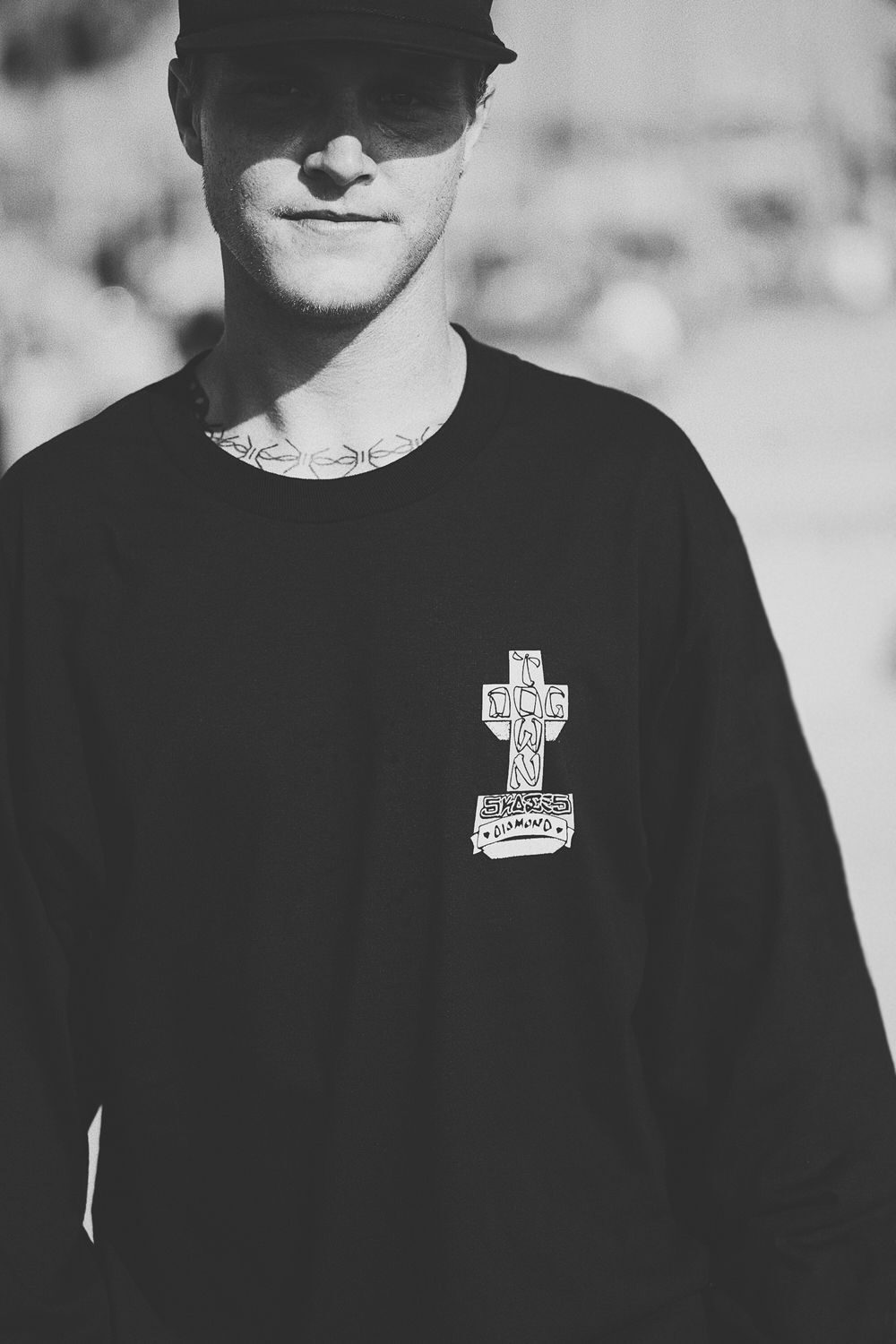 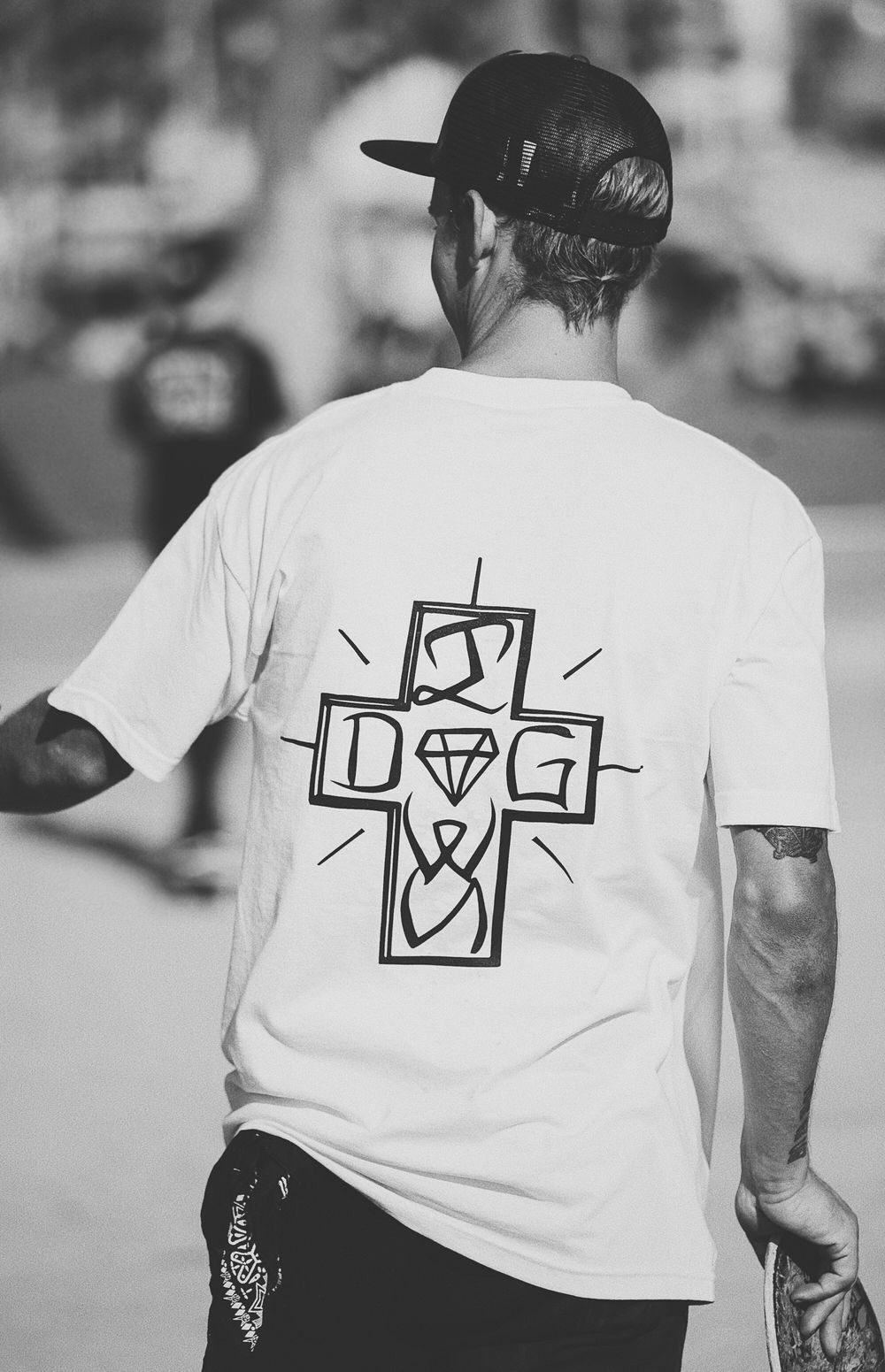 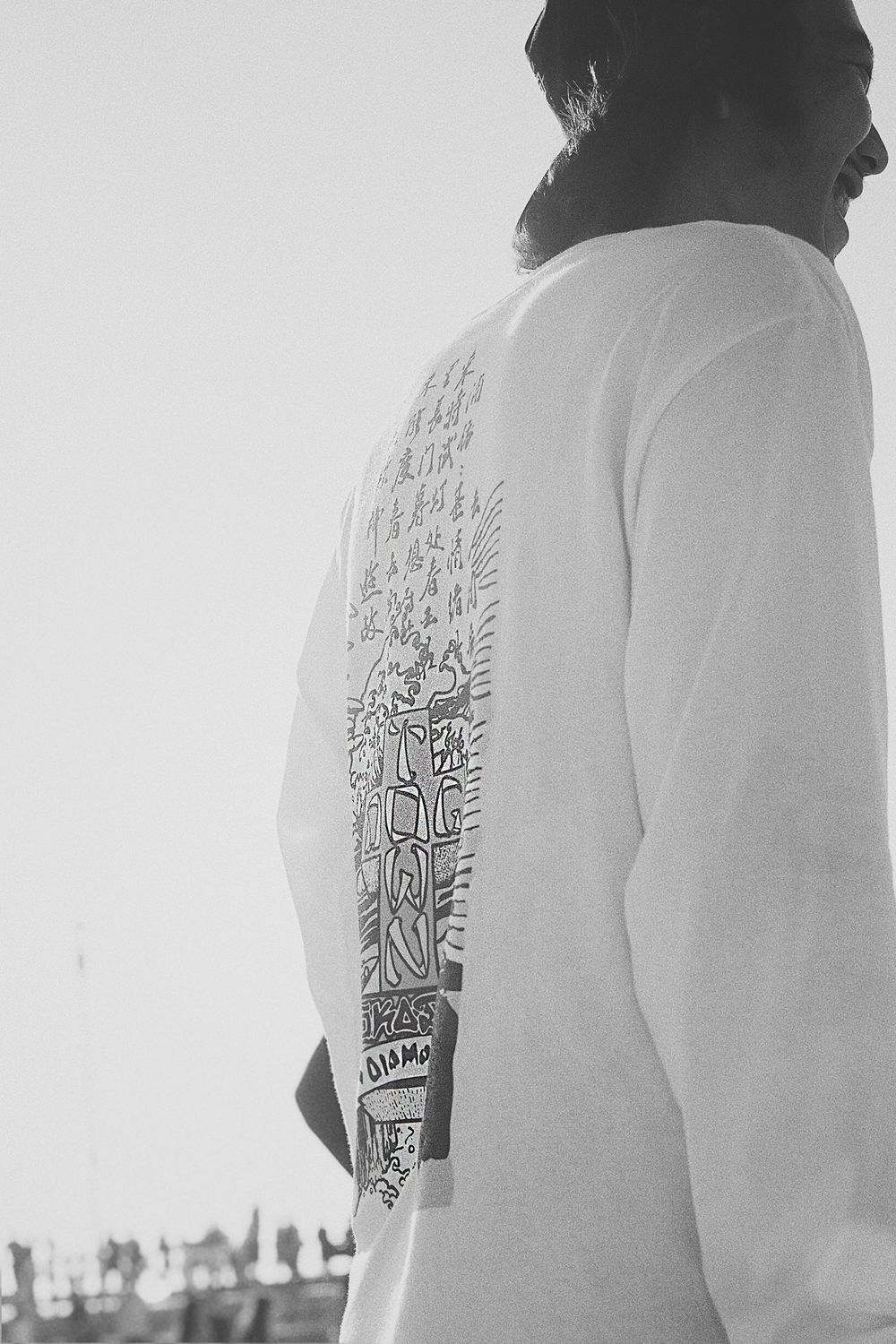 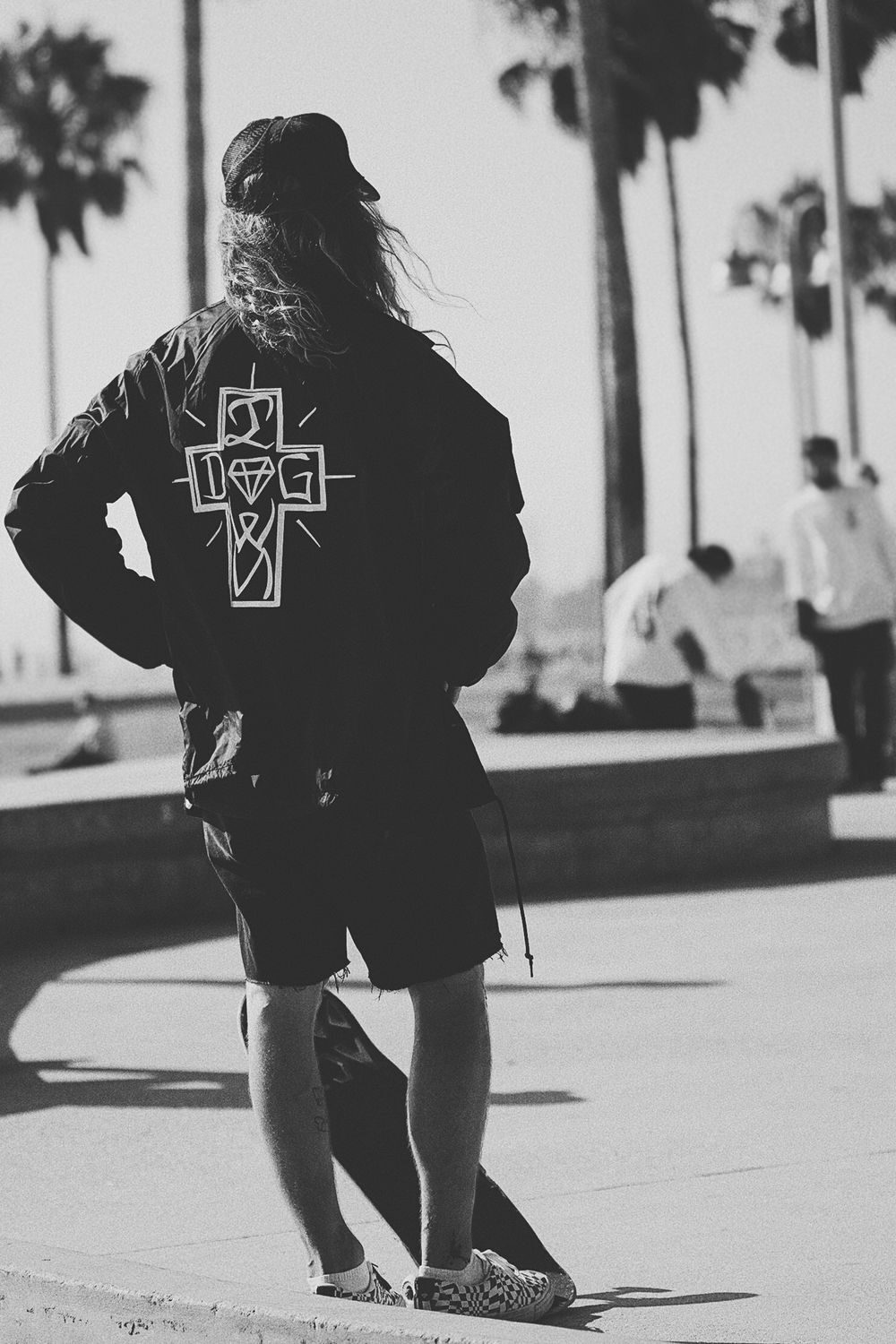