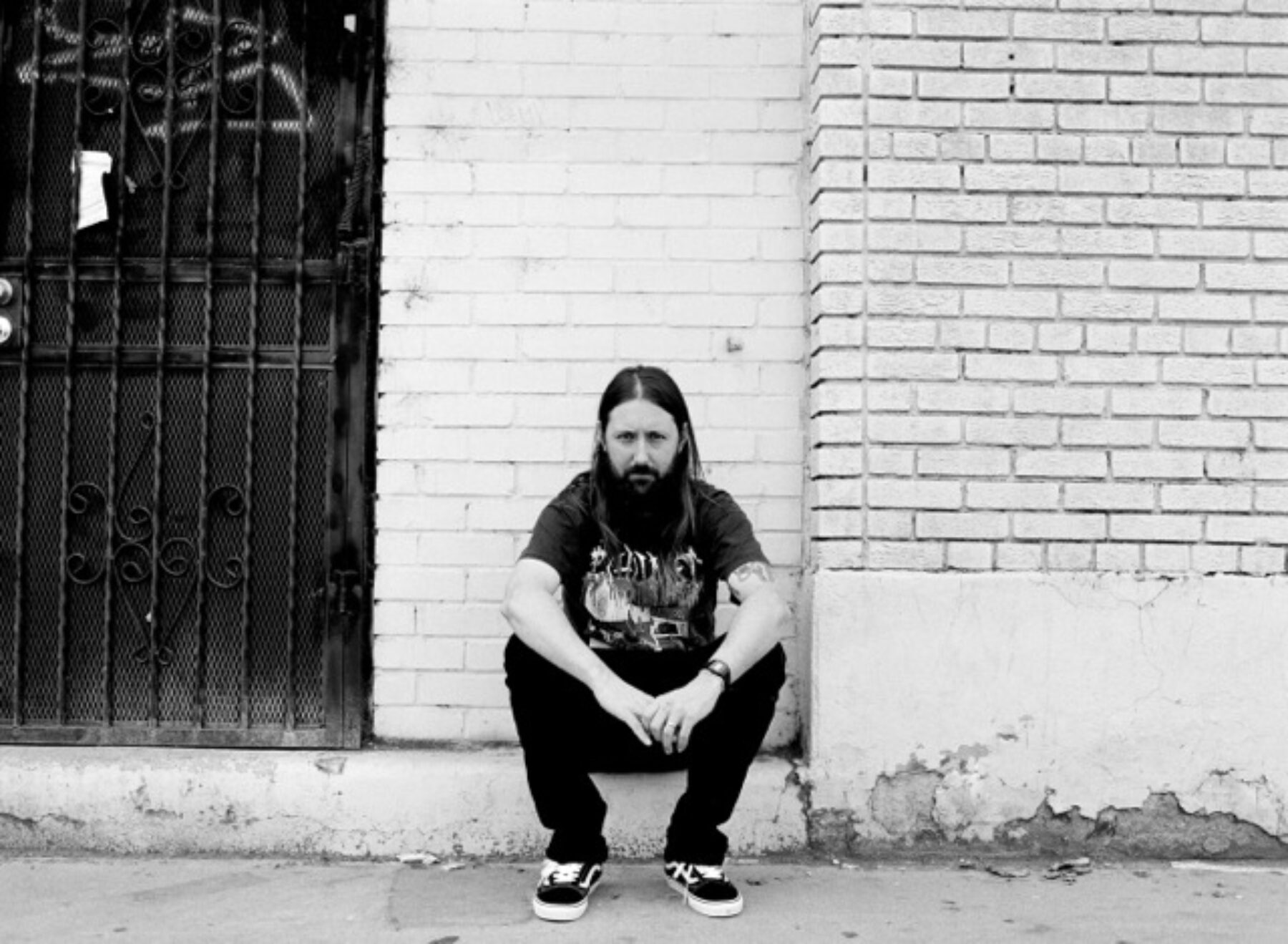 For this exclusive interview, we caught up with artist and illustrator Funeral French (Richard Sayer) about moving to Australia, his new role at KR3W and his first collection with the brand.

How did you come to work with KR3W? Am I right in thinking you have some sort of permanent position there?
I work with KR3W as part of a program called Rights Refused on a variety of projects, from making T-shirt graphics and socks, to collaborating on an exhibition in Long Beach in January this year. I guess it’s a bit like being a KR3W artist in residence.

I’m in good company ‘cos Eric Dressen and BB Bastidas are also working on the same programme. They’re all really good people to work with; it was really great to meet them all properly when I went to Long Beach. All the dudes at KR3W are a good laugh as well.

Tell us a little about your Rights Refused collection that has just arrived in the shops.
The long sleeve and cap have a reaper that say, “Fast Life, Slow Death”. There wasn’t much thinking that went into that. Mike Z (KR3W Designer) asked me to draw a reaper and I had “Fast Life, Slow Death” written on an old pair of Vans slip ons – it’s a song lyric – so we used that as the tagline. It’s pretty much just a standard metal-themed artwork. It came out pretty rad I think. There will be more KR3W X French Rights Refused collaborations coming up, so stay tuned. 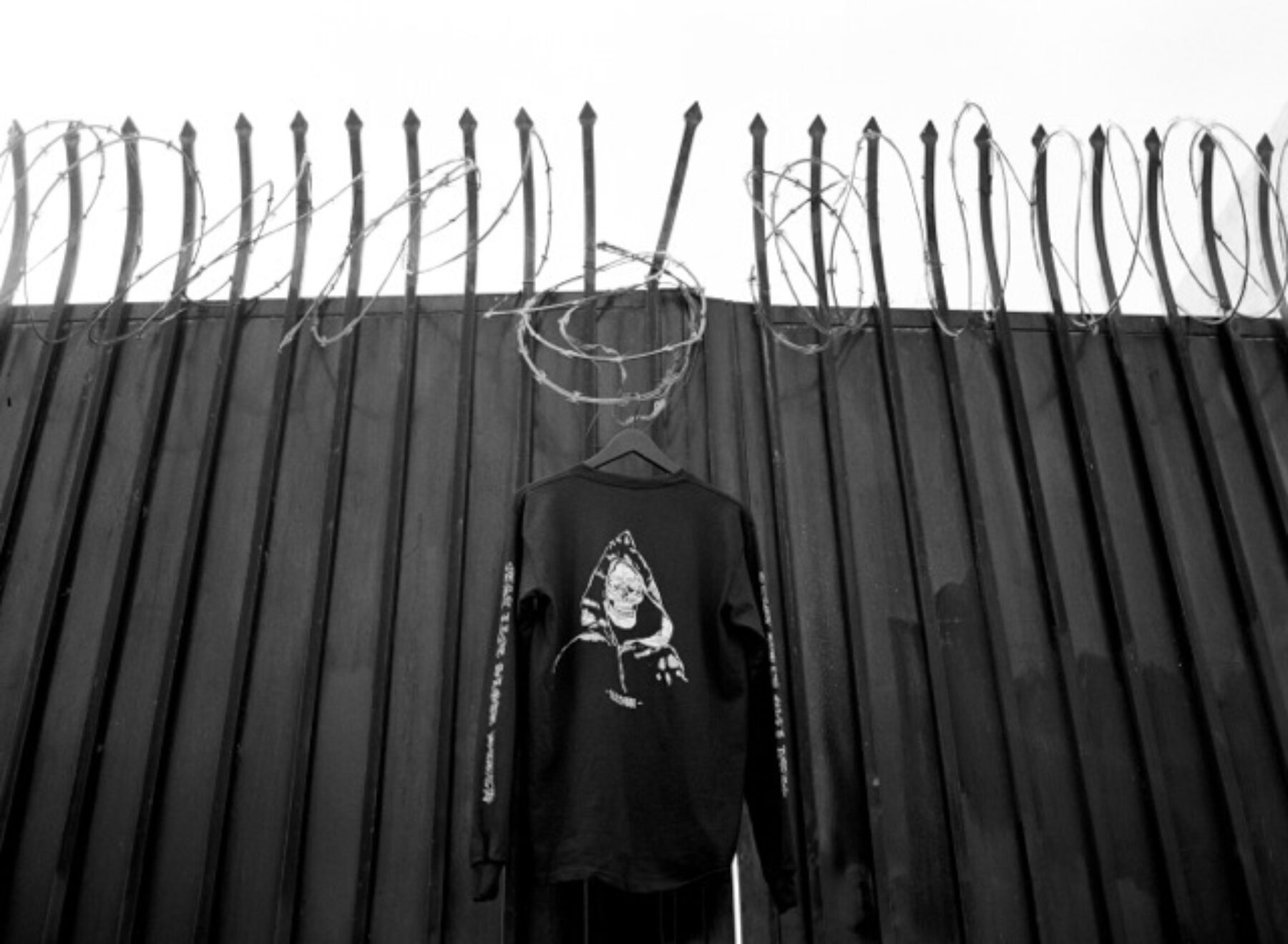 Last time we spoke, a few years back, you were very busy, with lots of commercial commissions. Aside from the KR3W work, what sort of projects have you being working on lately?
Recently I’ve been working on a good variety of stuff. The usual commercial stuff. I just drew a logo and an image for a creative copywriting agency in Melbourne called The Good Copy, which was all based on stationary.

I’ve also made a sort of lo-fi, DIY figure for the an exhibition run by Streets of Beige in conjunction with the Toycon toy convention in London called Kill Your Shelf. That was a lot of fun as I’ve not done much like that before. I made it by getting loads of other toy figures and stuff from modelling shops, cutting them all up then putting it together. I drew all the backing for the blister pack and got my friends to print it onto the proper card in full colour so it looked a professional as possible. It’s always good to get out of my comfort zone and make something new.

I’ve been sorting all the new stuff for Witchcraft Hardware, the board company I run with Alex Irvine. I generally look after making all the artwork, design and working with the factory. I’ve also been working on my other board brand 1939. It’s based out of Vermont, in the US. I do it with a friend of mine, Dave Sweetapple. We make boards as merchandise for bands. I work with the artists to direct the graphics and do all the layout and extra branding for the company. I just try to make it look good. We’ve made boards with bands like Sleep, Witch, Graveyard, Earthless, Doomriders, Master, High On Fire and more.

This week I’m up to my eyeballs in the new series of illustration for Death Rites, a clothing brand by Shawn Yates, who also owns Supply in Sydney. It used to be his heavy metal tape trading ‘zine in the late ’80s and early ’90s and now we make clothing. I do all the artwork and work closely with Shawn on how it will all look and new concepts for the artwork I make. It’s always pretty much based on skulls, death and nuclear war, so pretty normal for me and Shawn’s awesome to work with.

I’ve just finished a couple of shirts for different bands, like punk band Clowns and a shirt for High Tension for their tour that starts this week. I’ve also just taken on a commission to make an album cover for a death metal band called Headless and another shirt design for a Scottish death metal band called Iniquitous Savagery. I’m also putting the finishing touches to the album cover and inlay for my friend Danny’s band from London called Decrepit.

In terms of exhibitions, I’m starting to think about one I’m going to have in 2016 in Sydney at China Heights Gallery. I like the idea of having a full year to work on it. I’m trying to make some stuff using an airbrush but I don’t know how that might turn out yet.

I’m also making another two ‘zines at the moment, one just of my work and the other a sort of group ‘zine, which is something I’ve never done before. It will include artwork by: Stefan Marx, Will Sweeney, Daniel Cantrell, Ragnar Perrson, Chrissie Abbott, Rich Gilligan, Ashley Lande, Derek Albeck and Mark Whalen. It’s gonna be a full colour ‘zine with pull-out posters. I’ve wanted to make a few things like that for a while and now I have a friend who owns a large scale printer, so that kind of made me do it.

Oh, and I’ve been trying to skate four or five days a week. Now that I live in a country where it doesn’t rain, and its sunny, and there’s loads to skate, I have no excuse not to be out there most days and its so much fun!

Tell us about the move to Australia. Where are you living over there, and what prompted the move?
My wife and I moved to Melbourne in November 2014. She was headhunted for a job as an art director and the company made an offer that she really couldn’t refuse. I’m happy to go anywhere new, especially if the weather’s good and it means you can skate all the time. We actually live in an area called Fitzroy North. It’s really nice, I can skate or ride pretty much anywhere and there’s a bowl in the park right behind my house. I try not to get sucked into the void of just skating that, but sometimes its a little hard not to just go there ‘cos it’s easy and the locals are really nice. 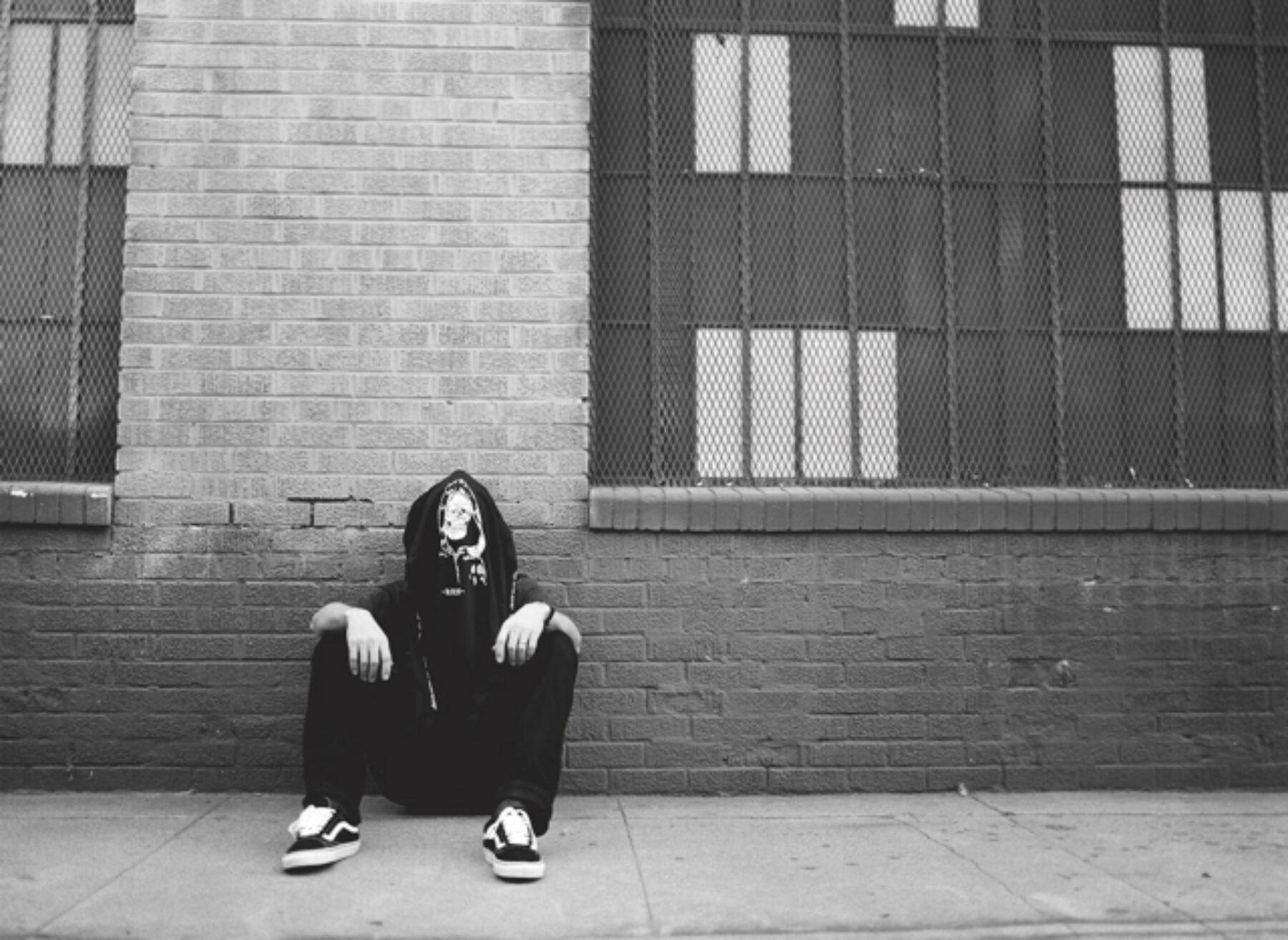 Who are you skating with over there? Did you have friends already, or have you had to make new connections?
I had a few friends in Melbourne from past trips but most of my friends I already had are in Sydney or Brisbane. I skate most of the time with Sam Morgan. He actually lived on my sofa in Brixton for three months years ago. As well as Sam, there’s usually Max Olynik, Tim Hillier and few others. They’re pretty much the same age as me and we all skate everything. It seems to be usually on a Sunday, we meet at the bowl, skate that for an hour or so and then head somewhere else. I’d say most people are new friends and I guess the longer you stay in the city the more skaters you meet.

How has the move affected your work? Do you generally meet clients face-to-face, or is everything done via the internet now.
It hasn’t affected work at all – if anything I get more work in Australia. People generally email me about work. I don’t really think I’ve had an official meeting about work for around five years. Theses days, with Skype and the internet you can be anywhere. Also, I’m 11 hours ahead of the UK and Europe, and 18 hours ahead of the west coast America, so I get about an extra day on most jobs. Its does confuse some clients that I’m English, I live in Australia, and my name is French…

What are your plans for the rest of 2015?
Skate, draw, and travel. And learn how to use this airbrush I just bought!