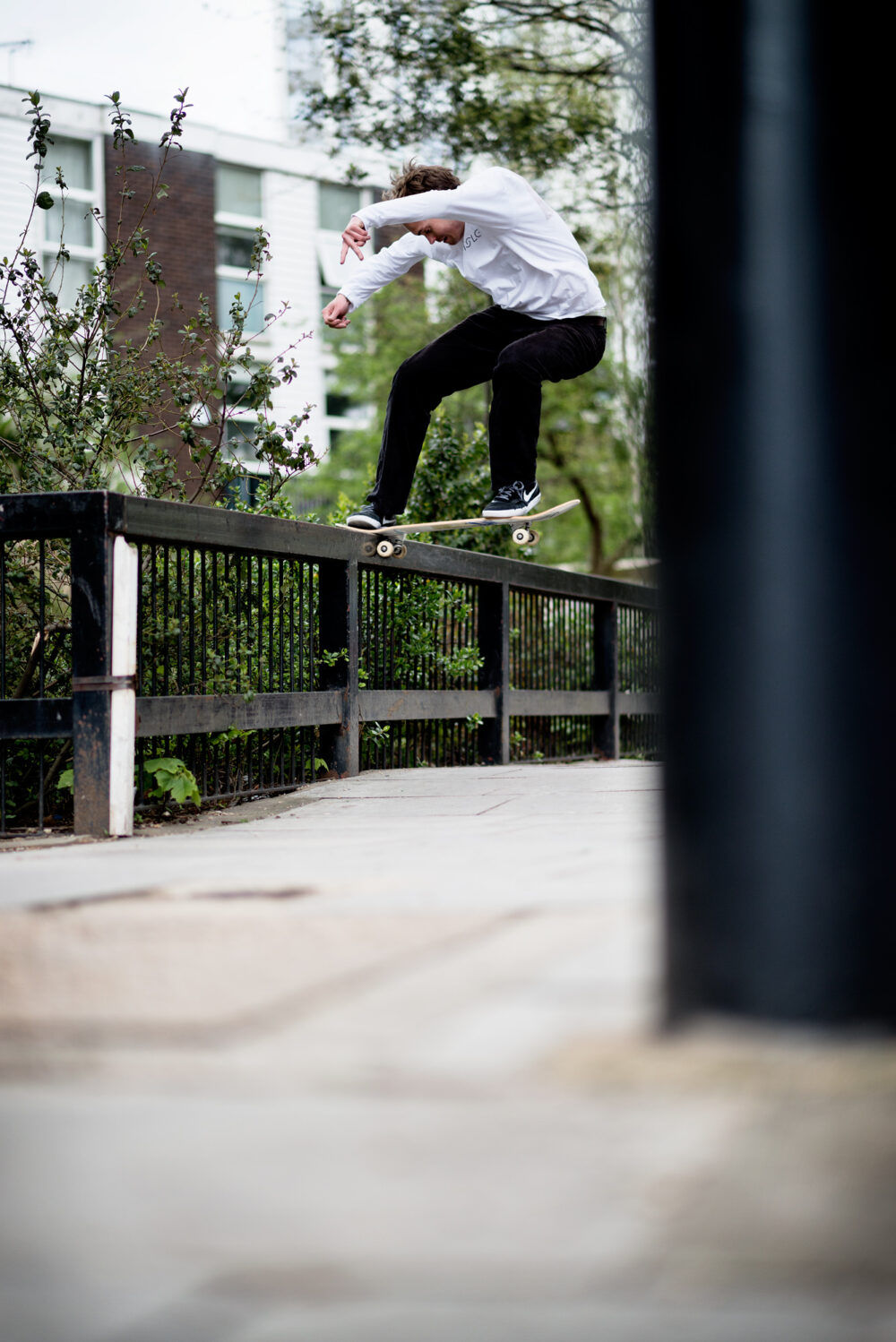 We caught up with Isle professional Nick Jensen for a quick chat about his new iPhone video part and his recent move from Lakai to Nike SB.

For those who don’t know, what is Shellfinger?
Well without being too crude, it was the best way one of our friends could describe his evening with a girl.

Who is Mickey Jonson?
Me. When I went to Brighton Sainsburys to get some beer whilst visiting my girlfriend at uni, some Spanish dude came up to me and said: “You are looking alike a Mickey Jonson?” I said: “I might be”. Anyway, I told some friends and they pissed themselves laughing, so it’s become a nickname, often said in a dodgy Spanish accent to add to it.

You’re known as someone who takes working on a video part very seriously. What made you decide to work on an iPhone part?
I felt juiced having been hooked up with Nike, so I wanted to film some stuff, but I didn’t want it to be epic. Rob Mathieson and I discussed it and then just started filming. He literally downloaded the VX app onto his iPhone and met me at Southbank the next day.

Talk us through your working relationship with Rob. It’s not exactly a professional one, right? How does it compare to working with Jacob Harris, for example?
Funnily enough Sylvain (Tognelli) just mentioned this. No matter who I film with and no matter what format, I still end up feeling the same. Being more casual never really works as in the end, I am filming a trick for a section whether it’s Ty Evans or my mum filming – it makes no difference.

From talking to Rob – and watching the part – it seems like you ended up taking it a little more seriously than originally intended, going out on street missions rather than just filming some fun stuff at Southbank for a week.
I fluked some cool stuff early in, so I decided to try to keep it going. Also I wanted Colin (Kennedy, Nike SB) to be stoked on it as he had just hooked me up.

How important is format to you?
I like the feeling of VX the most. I think it’s best because it’s half way between HD and using an iPhone. To be honest though, you literally can film everything with an iPhone now and it looks good. As long as the tricks are clear and well documented, I am stoked.

Do you want to talk about the move from Lakai to Nike SB? As one of the last better-known UK guys to make the move to a sportswear brand, it was quite a significant move in a lot of people’s eyes.
Yeah man this was a very big move for me. Lakai couldn’t renew my contract to the same as it was before so I had to decide between getting a proper job and skating less or moving to a brand that allows me to carry on doing what I love. I am so grateful to Lakai for everything they did for me. I had some of the best years of my life (riding for Lakai) and feel massively humble because of it.

What will you be working on after this? I hear there is a Thrasher project in progress in London.
Yeah we have a fun little crew together and we’re making some short clips for Thrasher with Jake Harris.

What is next for Isle? Any projects in the pipeline?
We have a project happening in August and a launch event in November. There are lots of exciting things in the pipeline but I don’t want to jinx them by saying what they are.

What about your painting? Are you working towards anything specific with that at the moment?
I am working flat out. I don’t have a show yet, but I’m trying to arrange one for the end of this year.