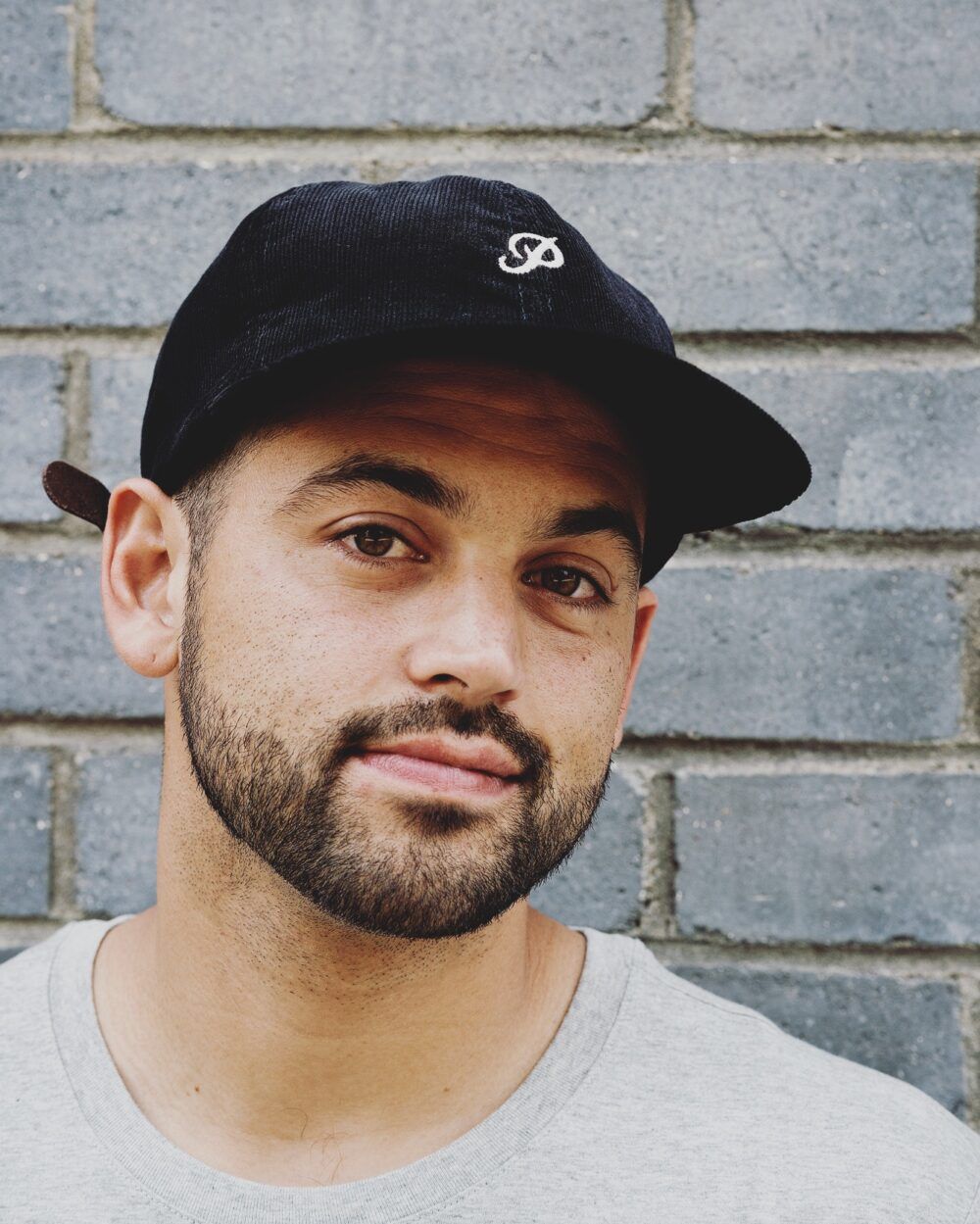 Paul Rodriguez was in London this week for Go Skateboarding Day, to help launch Slam City Skate‘s new shop, and to promote his 10th signature Nike SB shoe. We caught up with him in Shoreditch, a little hungover, for a quick chat about memories of skating London as a 16-year old, Mad Dog Manzoori, his new shoe of course, skateboarding and the Olympics, Primitive and the influence of Palace and Polar in the US.

How are you enjoying your time in London?
Right now I think I’m enjoying it a little bit too much! The reason for being out here… it’s been very emotional for me, in a good way. It makes me think back through all the years, everything that’s gone into this. I’m just here with no real pressure to perform or to skate at a super high level. I’m just here to enjoy all the plans that they (Nike SB) have set up. I’m having a great time.

Have you spent much time in London over the years?
I have. I’ve been here six or seven times. My first time was in 2001. That was an éS trip. I was with (Eric) Koston, (Rick) McCrank and Arto (Saari). We were doing demos. I got my first cover. I still have it framed right now. It was Sam (Ashley) who took the photo. I was just telling him right now: “I still have that photo framed in my house.” I can’t believe it was so long ago.

Do any memories of skating in London stand out?
That first trip we got to skate a lot of street spots. I was 16 at the time, so I had so much energy. I was with Mike Manzoori and he was down to take me skating any time. He’s a great dude. I named him ‘Mad Dog Manzoori’, because when he skates he’s got this real scowl on his face – it’s intense when he’s pushing and he’s going so fast… That whole trip I was just so energetic. I was in a new place, Tom Penny was my favourite skater and I was in his country, I was like: “I’ve got to see where he grew up and feel his vibe…” I remember just wanting to skate anything and everything. The last night before we left I remember we stayed out skating all night until the morning. I don’t really like flying, so I wanted to stay up all night so I could sleep on the flight.

Tell us about your tenth pro shoe. What makes it stand out from the others?
For me, what I feel makes it stand out is that we stopped trying to try too hard, you know what I mean? We just wanted a simple, classic skate shoe. I don’t need all the bells and whistles, I just want a classic silhouette, classic materials – the suede – cupsole but not too thick, flexibility… I just want it to be a shoe that, whether you wear it now or ten years from now, it’ll still function to your needs. I just want it to be, God willing, a shoe that’s timeless, like the shoes you’re wearing right now, these Chuck Taylors. If I can have a fraction of that, if I can have a shoe that lasts five to 10 years, I’ll be proud. So that’s the goal: a classic, tried and true, suede cupsole. You can wear it out skating, you can wear it to a nice dinner. It can be any part of your day. I just wanted it simple.

Which of your ten pro shoes was your favourite?
Right now the 10 is obviously my favourite, but it all started with the first shoe so the one is my favourite for a lot of nostalgic reasons. I love the way it looks too, but it also signified a little kid’s dream coming to reality. So the one is always going to have that special place in my heart.

You’re a regular fixture at Street League, which I hear will probably count as some sort of qualification pathway to the Olympics. The Olympics is a polarising subject in skateboarding. What do you think about skateboarding being a part of it?
I’m indifferent. I’ve been very fortunate in that I’ve been able to walk the line in skateboarding on both sides, you know, core and mainstream. When I was a little kid dreaming about being a pro skater, the Olympics was never a part of the dream, but I’m not against it. Should it happen that I have the opportunity to go and participate, maybe I will, I don’t know… But also it’s a weird timeframe: I’ll be 35. I won’t be super old, but at the same time, you know, skateboarding is a young man’s game. I don’t even know if I’ll have the desire to compete in skateboarding at all by that age. I’m just taking it year by year. If I do it, I think it would be a cool experience to one day tell your kids: “Dad was an Olympian”, that might be interesting, but at the same time it’s never been a goal of mine. I’m just whatever about it.

Who do you predict will represent the US?
I’m quite sure about Nyjah (Huston), he’s the prime age for that. I’m sure he’ll be there, wanting to win. I’m drawing a blank right now… maybe Diego Najera, he’s one of my favourites.

What about females?
I’m sure Lacey Baker… Jen Soto, we hook her up for Primitive, she’s really cool. It’s hard to say, because it’s still a few years away. Skateboarding is weird like that: it’s a year-by-year thing. You never know who’s going to be on the scene then.

Which country / countries do you see doing well?
Brazil will kill it for sure. Australia, because they’ve got Shane O,Neill. Europe of course, there are so many amazing skate countries in Europe.

Primitive seems to be doing well. How have you found balancing business responsibilities with skating?
I have a really good team, good partners like Heath Brinkley, our CEO. He’s been my friend since the early-2000s and I really trust his eye for skateboarding and his passion for skateboarding. His heart is in the right place. I definitely stay in the loop, but at the end of the day, it’s his vision. You’ve got to rely on your team, because I’m not ready to be a guy in an office yet all the time. My heart is still in being a professional skateboarder and doing what I do. I’m not ready to fade out because my mind’s on other things.

I’m sure you’re happy with your team, but if you could have anyone ride for Primitive, who would it be?
I’d take a lot of people (laughs). I would just build my dream team from when I was little kid: Tom Penny, Eric Koston, Andrew Reynolds, Guy Mariano, Marc Johnson, guys from that era… Ronnie Creager, Daewon (Song), those types of guys. I would love to have all of them.

Over here it feels like bigger European brands like Palace and Polar are very influential in the skate industry in the US. Is that your impression? To what extent are these brands on your radar?
For sure. I really love the movement that’s going on right now in skateboarding brands. Out here? For sure dude, Polar, Palace… you are guys are fucking crushing it. I love it. It’s a great feeling because I think the way the world is right now allows people to be more nimble when it comes to social media and how you market. It’s really different. The power is in everyone else’s hands. When I was coming up, no one knew about you unless you had a sponsor who paid for you to have an ad in a magazine or they were paying to put out a video and they wanted you to have a part. Those were the only ways really to get proper exposure. But nowadays there are so many little pockets and people are creating their own movements. Some of them are underground and some go from being underground to just swelling over into the mainstream. As long as your heart’s in the right place, I love it, whether your vision is to keep it as a core company or to make it into a huge company, whatever… But yes, those brands are very influential. Everybody is so fucking cool these days, you know what I mean?

Did the DIY ethos of these independent brands back when they started influence you at all when you started Primitive Skateboarding?
Yes and no. The way everything’s set up these days, people are able to start very small and go at their own pace. Before, you had to have a lot of money behind you and have these big marketing campaigns just to get on people’s radar. Nowadays, you can start slow, build a little momentum and keep building little by little on top of that. The world’s your oyster: you can go as big as you want, or keep it as close to you as you want. I don’t even know where I’m going with that answer. That DIY approach was super-influential, especially when we launched Primitive Skate. Our whole thing was that we wanted to empower ourselves. You’ve got Facebook, you’ve got Instagram, you’ve got YouTube… You can literally do it all on your own and build these super-awesome brands and tell your story. There are no rules, no boundaries.

What’s next?
Lately I’ve been in a very reflective state of mind, a very appreciate state of mind, you know, with the 10th shoe coming out. I’ve been very fortunate. Everything I dreamt of as a little kid I’ve been able to do and beyond, so right now my goals are really simple: I’m just focused on where it all began, I’m not skating any contests this year, I decided to step out of Street League this year… I just want to go street skating every day with my friends. It’s come full-circle. I want to get back to where it all began and just get out in the streets, go film, try and get some clips with my friends and hopefully put out some content at some point this year.