Back in September 2014, we took a hand-picked crew of our favourite skaters to Malmö to stay with our friends Gustav Eden (who works on skateboard-related projects for Malmö City) and filmmaker Phil Evans. We spent a wonderful seven days skating the city with Darius Trabalza, Jak Pietryga, Jeremy Jones, Joe Gavin, John Bell, Joe Gavin and Luka Pinto, resulting in the article below plus the brilliant Lightbox: Grey film by Phil, released today. Thanks to Gustav, Malmö City, Phil and Levi’s Skateboarding for their support and hospitality. 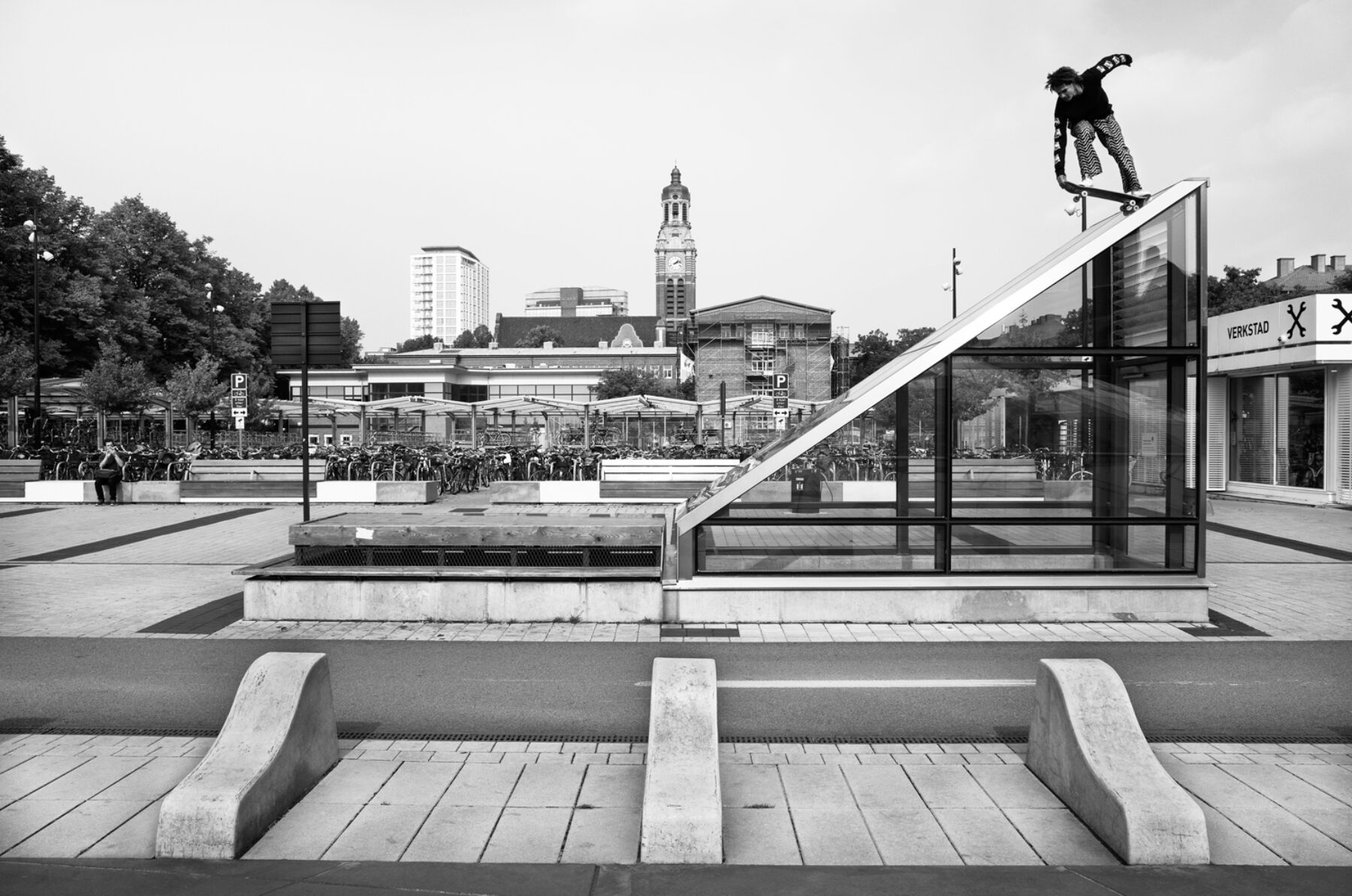 It had gone too far
Malmö: the southern Swedish town trying to take over skateboarding. Reports give evidence of early local organisation and informal rallies building a dangerous movement. Current intel suggests political influence and council support. Skaters taking over. The gall!

Undeterred and expecting the worst, team Grey surfaced at the heart of enemy territory ready to regulate, smash the mash, get a clear shot on Oski and take him out. The objective was obvious: get the inside info on spots and drop NBDs on the home turf. Because it’s like that. Or rather just skate and see what surfaced. Either way, our Irishman on the inside had the drop on local architecture. But could he be trusted after having spent so much time behind enemy lines? They don’t call it Stockholm syndrome for nothing.

There is an ever-looming threat to counterinsurgency skating. She is the gnawing temptress that eats away at the will, drains the power of the loins and clouds the mind of any skater. Long reads the register of heroes fallen at her corrupting feet. Beer is her name and while her bow breaks waves of joy, broken men drown in her wake. The threat is very real: please don’t let this trip be a complete wasteman booze-up.

The Swedish have waged a duplicitous war on beer and in war winners are hard to pick. In recent times, a truce has been called and territory seceded on both sides. Beer is allowed to roam, but her wings have been clipped. In normal supermarkets, she is reigned in at 3.5 per cent. Perhaps this defence is the real reason behind Malmö’s DIY drive. Sometimes adapting the tactics of the enemy is the only way to win. “Stick to the 3.5s and you’ll be alright.” Very wise words. All hail the 3.5 per cent strategy: mission accomplished. 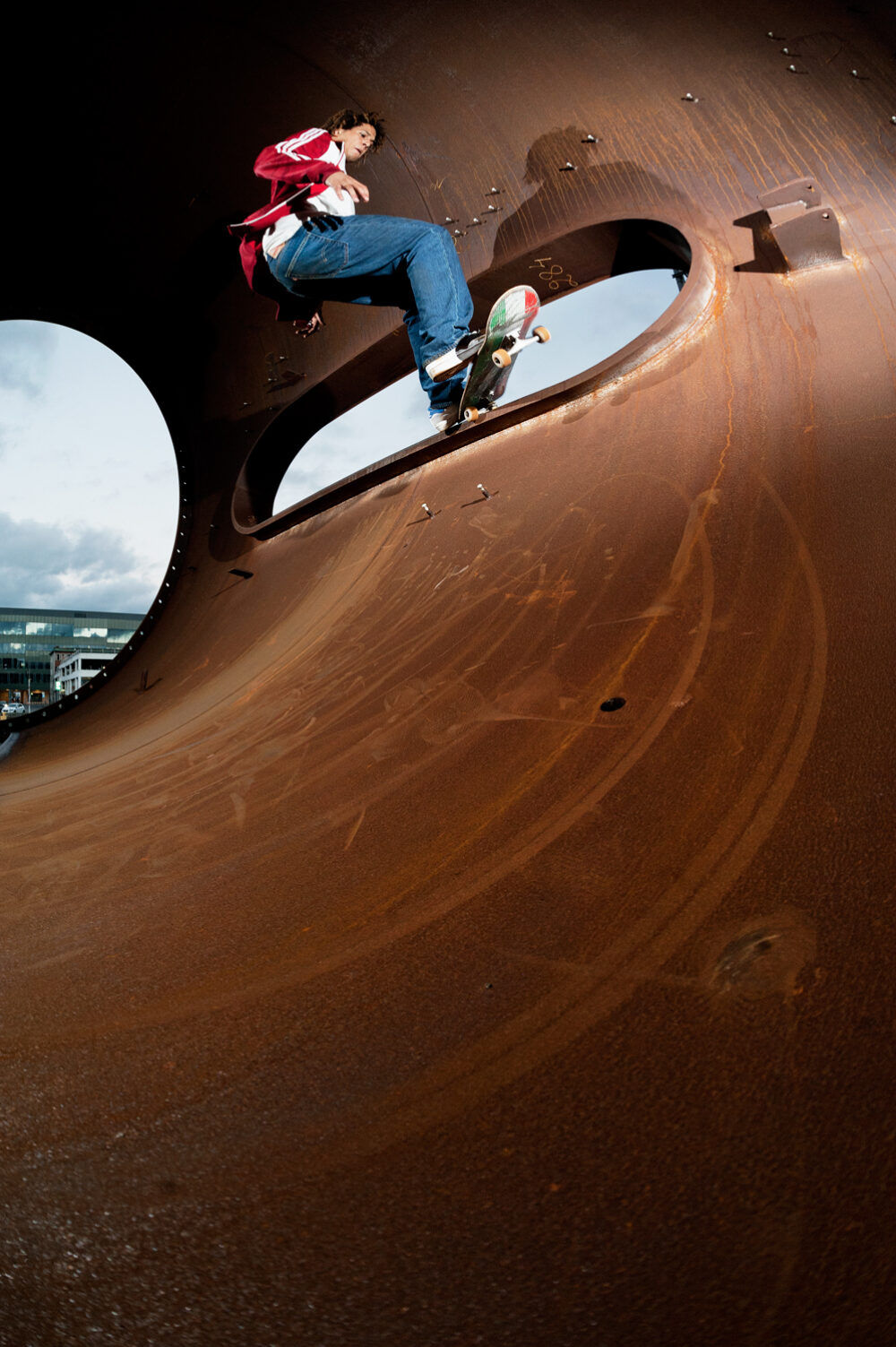 Darius Trabalza, frontside pivot, Dockan. The lure of the perfect full-pipe is somewhat tainted when discovering the inside is full of spikes. Unless you like the challenge. Darius makes the most of a one-off opportunity. 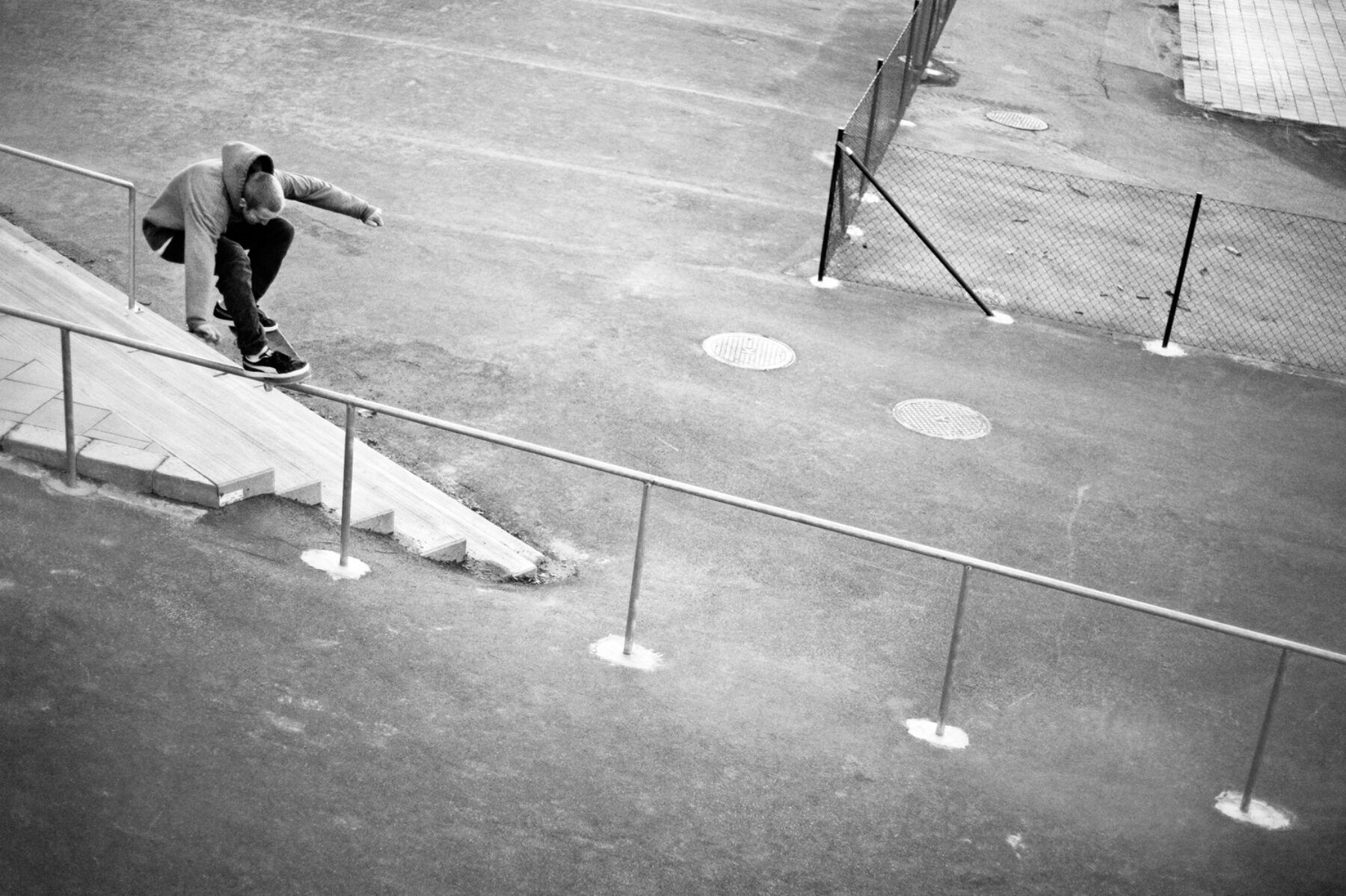 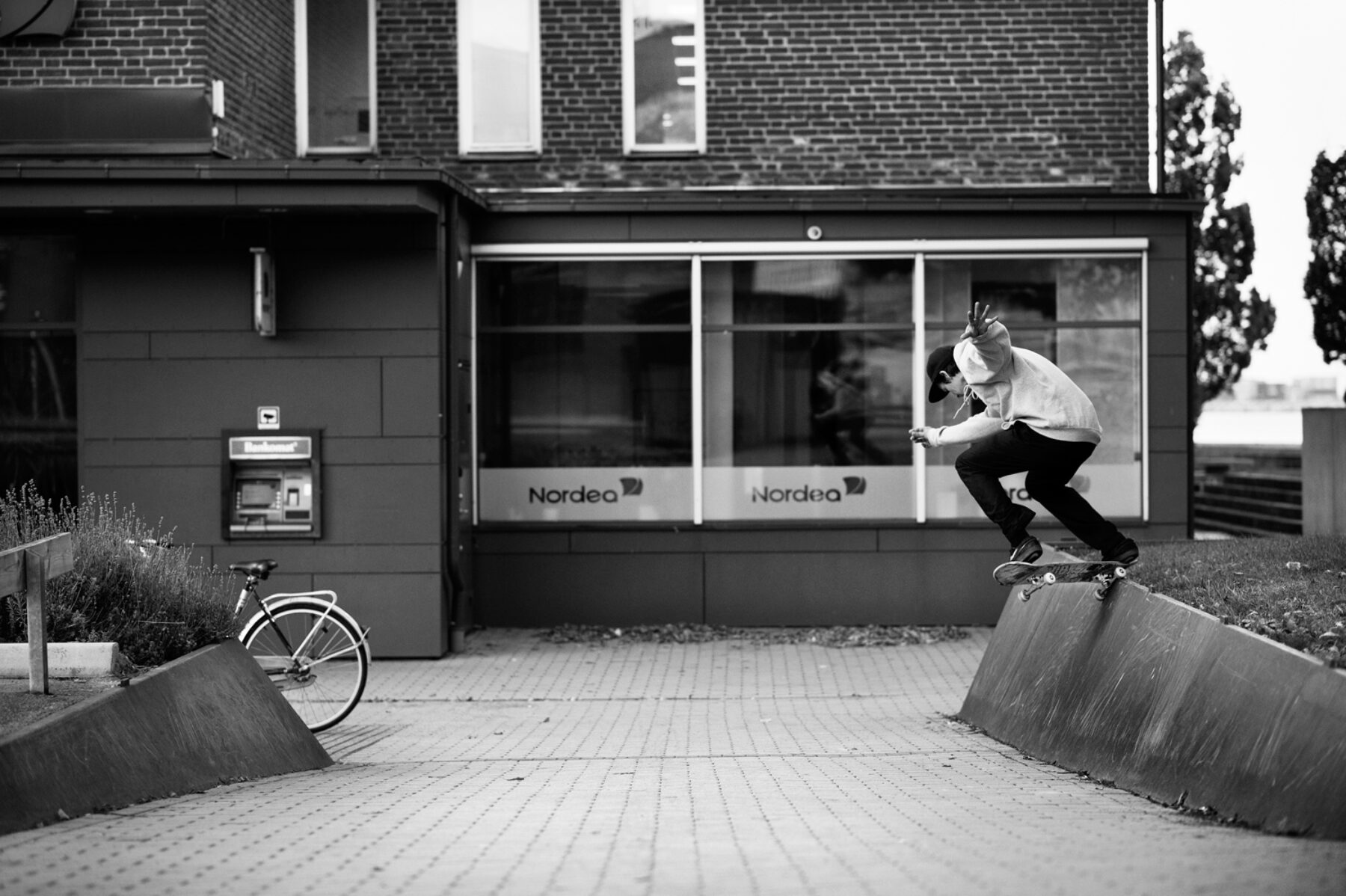 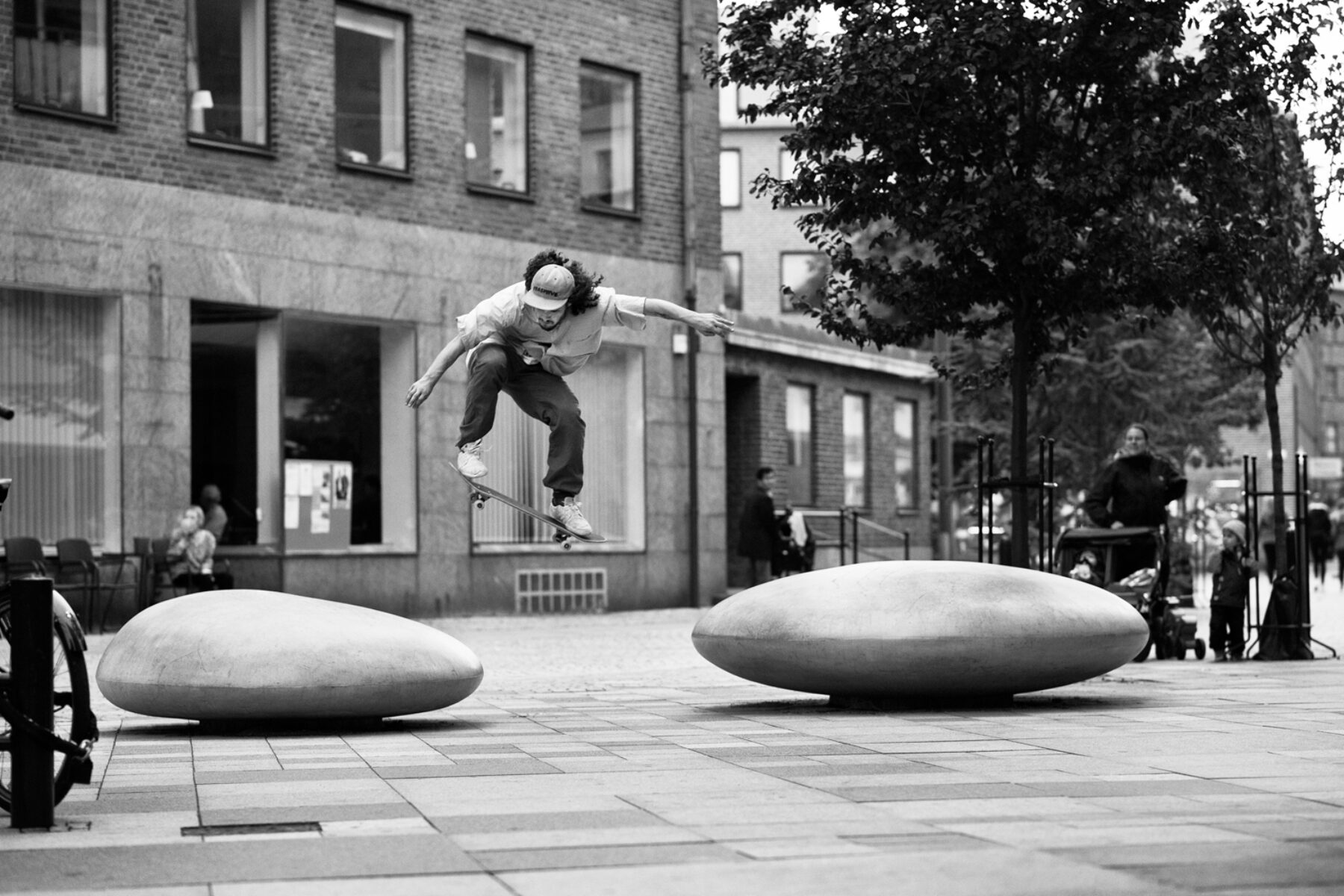 Luka Pinto, ollie up, ollie over, Caroli. These blobs have been popular to skate across because their smooth surfaces slide well. Luka, however, had his eyes on the gap. Popping going down and landing going up makes for an interesting mid-air negotiation. 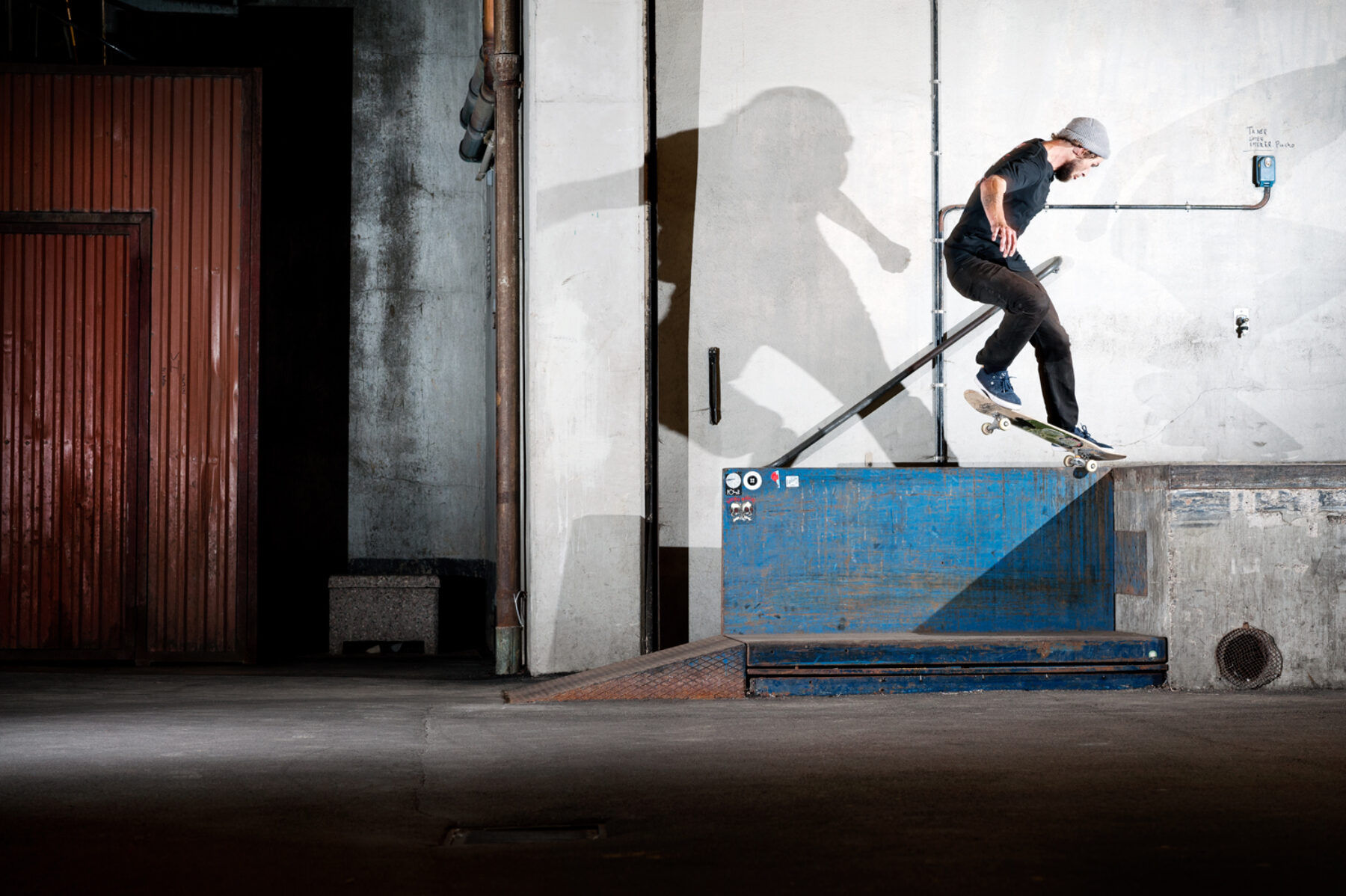 John Bell, backside nosegrind up, Rådmansvången. This is a classic Malmö spot and finding a new approach is a tall order. It was late, but John was still hungry and claiming, “grinding up.” Having spent a few days with him, you realise he usually means what he says. 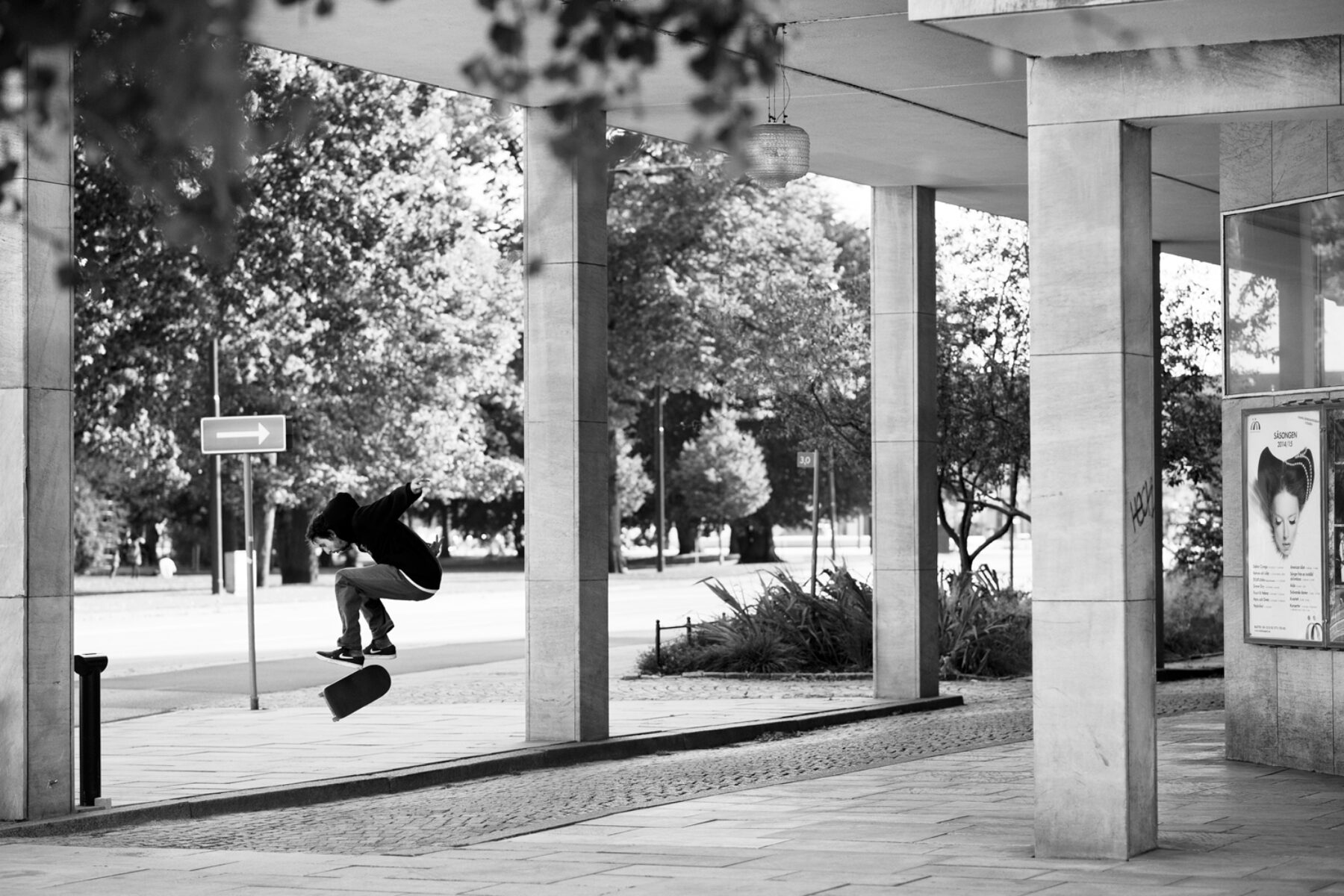 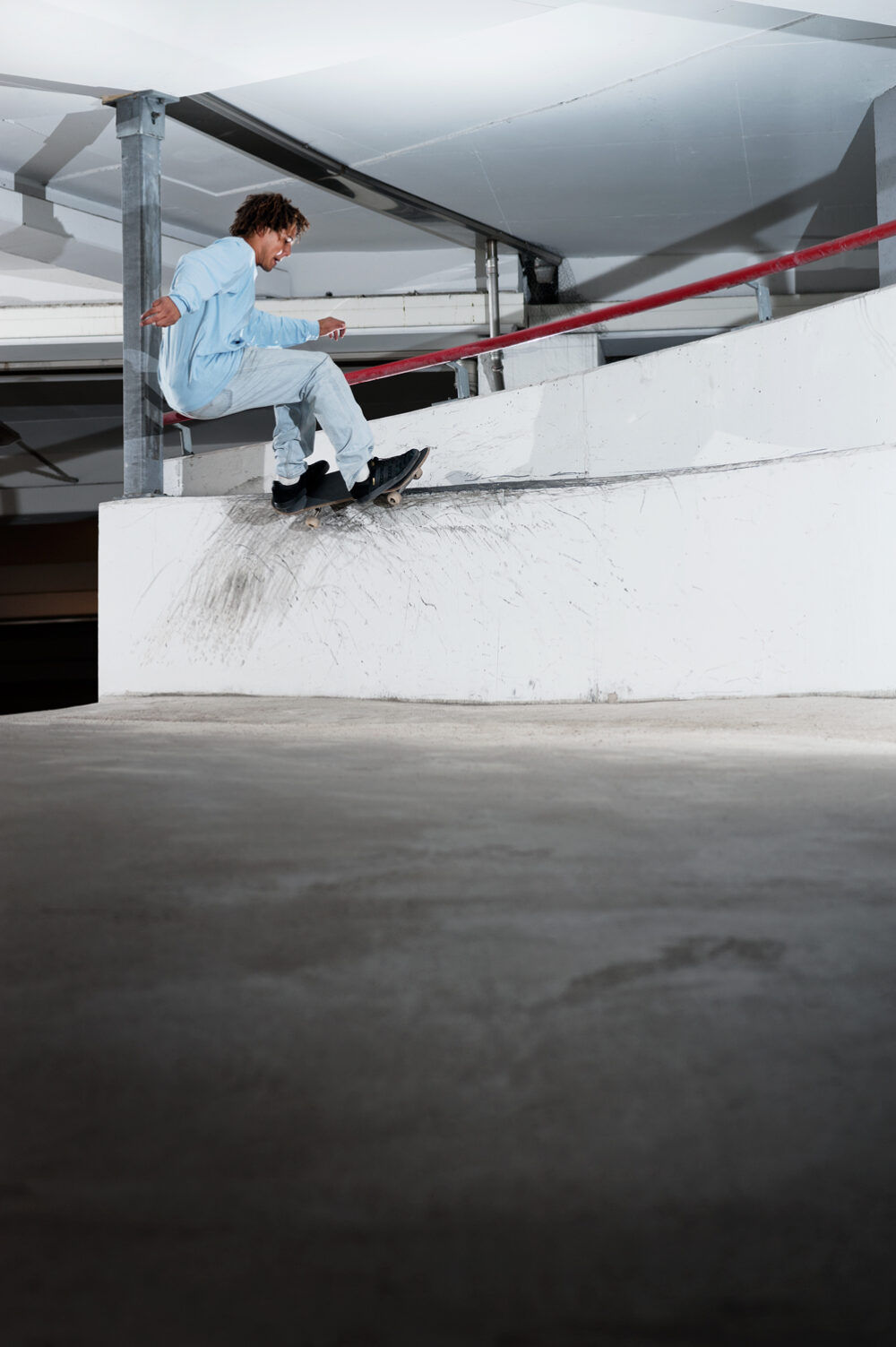