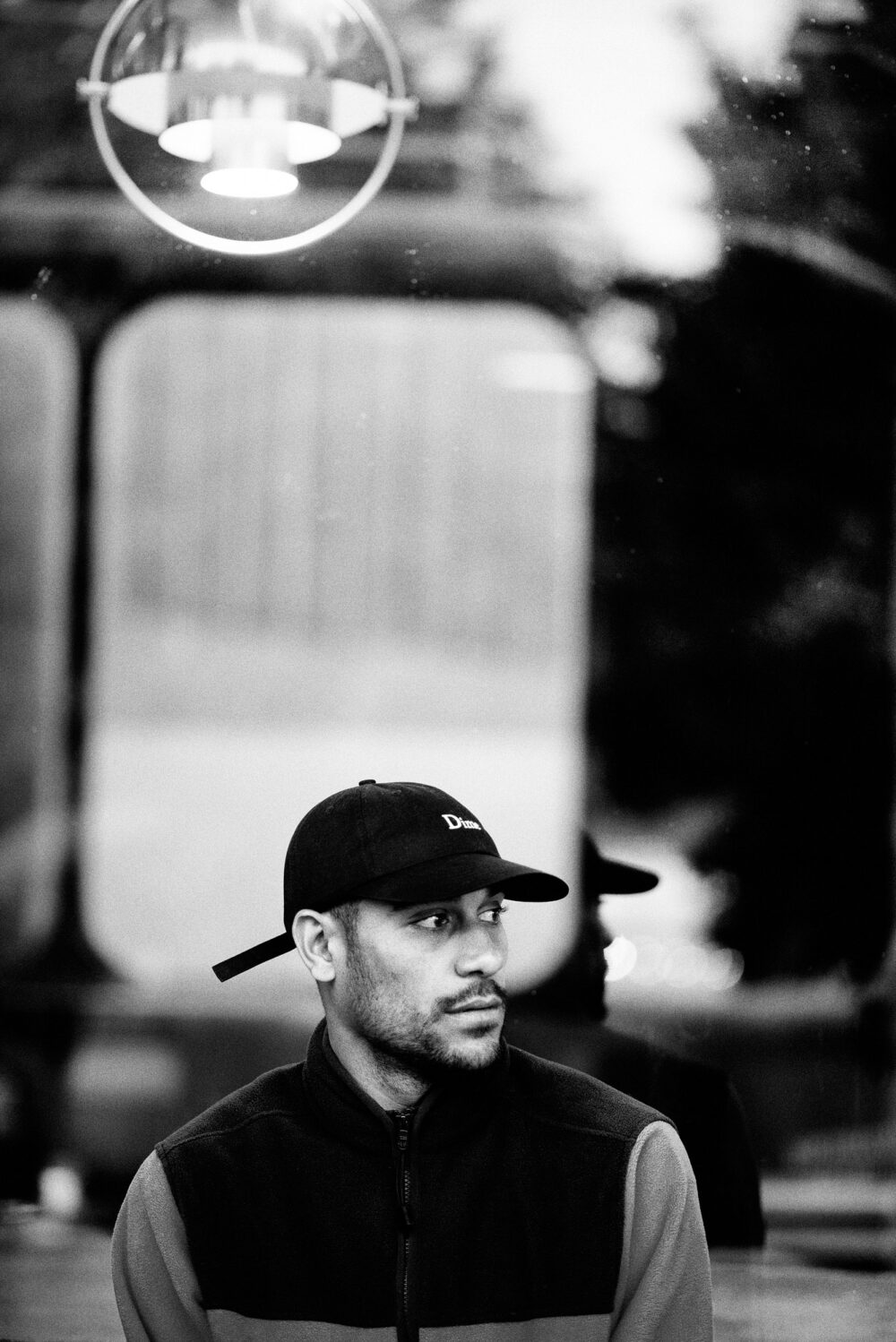 Tiago Lemos is in town with his DC teammates, so we thought we’d publish his recent interview from Grey vol. 04 issue 06 (when he was in London for Street League). Tiago’s manager Felipe Ventura features heavily.

How are you enjoying your stay in London?
T – I’ve been skating every day. I just love London.

How have you found the spots?
T – Rough, but I like how they look in footage. The spots here are hard to skate, but I like it because when you land a trick, it feels so much better than at a perfect spot.

What was your favourite spot in London?
T – I like all the spots here. It’s hard to pick one. My favourite is probably Southbank.

Will you visit anywhere else in Europe during this trip?
T – I was in Croatia with Dime for a week, then Barcelona for a month to film with Carlos (Ribeiro), then Norway for the X Games. Next is Paris, then Barcelona, then Germany for a DC tour, then Barcelona again then finally the UK again.

Wow. How long are you spending in Europe altogether?
T – Almost four months.

How was the Dime trip?
T – Amazing. We were in Zagreb. Good times, man. I’d never been to Croatia before. I liked all the spots, the food.

Tell us about the video part you’re working on with Carlos.
F – It’s for a Transworld video called Duets coming out in August. It’s all shared parts.
T – Me and Carlos have some footage together in London and Barcelona at the same spots. It’s an honour to have a part with one of my best friends.

Did you know Carlos well back in Brazil?
T – Yes, I’ve known him for a long time. He’s from the south, from Porto Alegre.

Have you and he been travelling together a lot for this shared video part?
T – We were in Barcelona and London together. It’s really cool getting to travel in Europe with him. It’s super fun.
F – They have actually been travelling together a lot lately because of Street League.
T – Travelling with the homies all over the world is the best part of Street League.

I know Barcelona is an important place for you. Tell us about your first trip there, back in 2010.
T – I experienced that skate-boarding life for the first time: going out with a photographer and a filmer and skating all day, then the next day the same shit. I remember watching Javier Sarmiento and Jesus Fernandez skating – all these legends – and
I realised that was the life I wanted.

Do you still visit regularly?
T – Yes, almost every year. I have good friends there. Always good times in Barcelona.

How was the Street League competition in London?
T – It was fun, but the skatepark was not too good. It was hard to make a line. The run-up to the double set was fucked.

That’s a shame. Skateboarding is banned in the Olympic Park in London, where Street League was held. We try to skate there often and always get kicked out. What do you think about that?
T – That’s crazy. In Brazil they made a bunch of marble spots for the Olympics and they don’t give a fuck if we skate there. It’s crazy because in Brazil security guards always want to stop you skating – they don’t understand. Here, I think people are more open-minded, so it’s strange that you can’t skate there. We saw a lot of good spots around the park.
F – Yes, we saw a bunch of kids climbing over the fences to get into that spot by the Copper Box Arena.

That was a DIY spot the Olympic Park destroyed. Tiago, can you talk about your approach to Street League? It seems like you just do your thing and bring your style of street skating to the course, whereas others seem to train a lot with this type of course in mind.
T – I don’t like to skate bump-to-rails and stuff like that. If I see a rail, I think: “Maybe I can go up it”. I always try to do something different than everyone else. I bring my vision from the streets.
F – It’s funny that you mentioned training. We were just having this conversation. When Street League first started…
T – It was real street skaters back then. And now…
F – And now there is a final with eight guys and only three of those guys have had video parts. While
all those guys were practicing on Saturday and focusing on the competition, he and Carlos were
out on the streets filming. That’s a different approach.
T – When you are there at Street League, those guys don’t talk much. They are just training, practicing their line again and again, all day. Sometimes I think they live for it.
F – We were just making fun of it. Is it real Street League now, or is it more like Skatepark League? Most of the kids who are doing well have never been to the streets.
T – And the kids that watch that shit are going to think: “This is the type of skateboarding I have to do, I have to skate like them”. It’s not all about competing.

Is there a training programme you have to be a part of?
F – Honestly, he doesn’t really know too much. I deal with everything, because he doesn’t give a fuck. The Brazilian government has a programme that supports the best athletes in each Olympic sport and they pay them really well, so it’s just an opportunity to make money. They approached us, and I was like: “I’ll deal with that. I’ll take their money and we can help your family and all that. Just keep skating the way you skate”. I don’t want him to think about it because it’s stressful. People are like: “Now you’re on the Olympic team, you’ve got to behave a certain way”, but he got a call to be on the team because he is who he is. He skates how he skates, so why even try something else, like a special programme?

I heard there are some crazy training programmes happening in Japan and China.
F – We heard about that too.
T – They have those for sure.

We don’t have anything here – there is no funding for skate-boarding. Well, my friends were happy to hear you are in the Olympics, because it makes it more interesting to them.
T – Sometimes people send me a DM, like: “Oh you are on that shit! So sick!”
F – It’s similar to Street League. When they had Dylan (Rieder) and Austyn (Gillette) it was super sick.
T – People like (Andrew) Reynolds, Matt Miller…
F – Keeping it real. 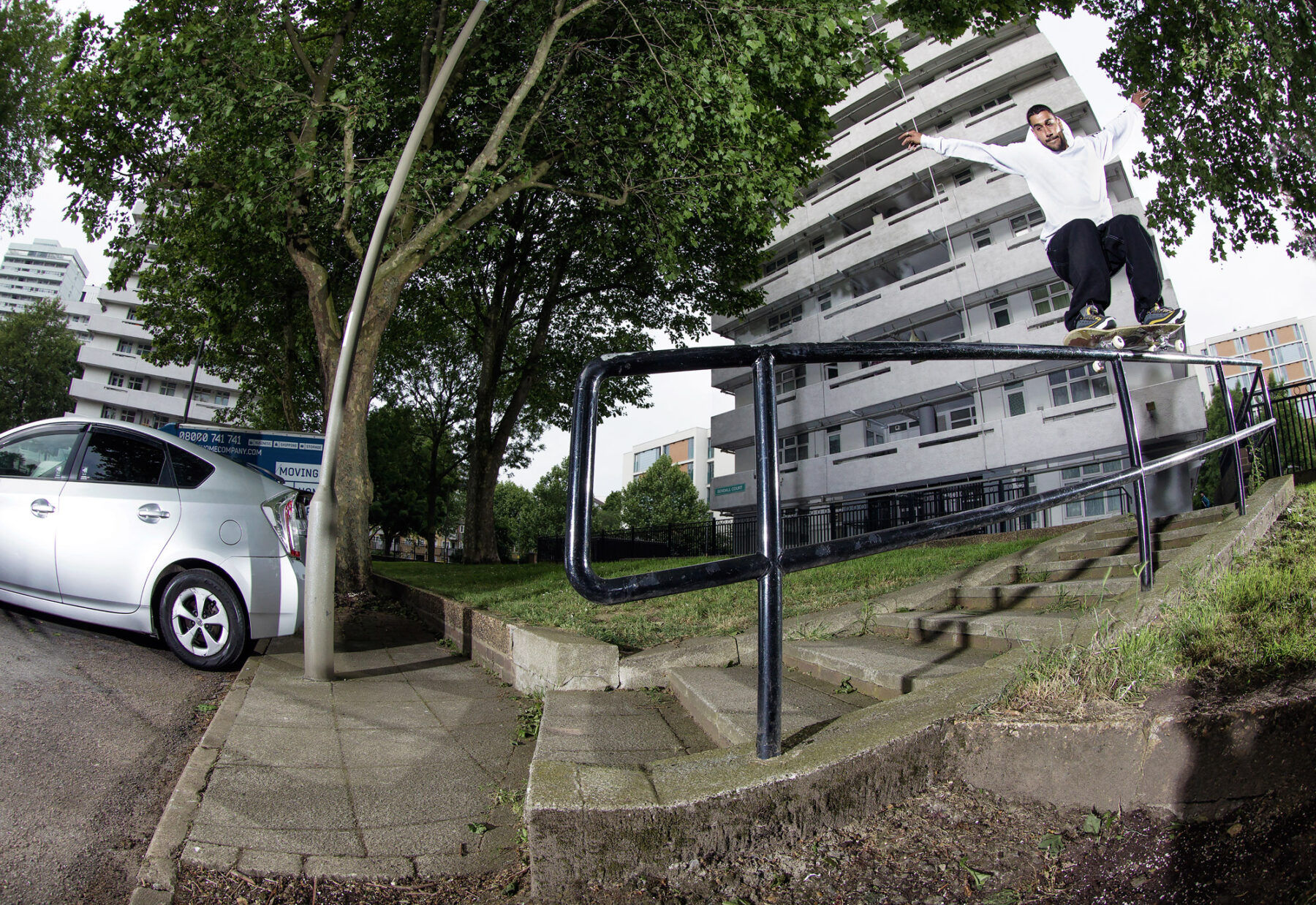 I read that when you first came to the US, you stayed with Peter Smolik. Do you have any good stories from that time?
T – I stayed at Peter’s house for one week. One day we went to a skatepark close to Jake Brown’s house, and Peter said: “After we skate here, you’re going to stay at Jake’s house for a couple of days”. We went there, and the next day Pete told me: “Me and Jake have to go on a trip. We will be back Monday”. This was on Friday. So they left me at the house. There was one other guy there too, who I didn’t know. He was always working and didn’t say much when he came home, just: “Hey what’s up man”, then he would go to his room. There was nothing in the refrigerator, only Monster Energy. I tried to go out to buy some food, but his apartment complex was so big, I couldn’t get out. I spent those days not really speaking to anyone – I was mute. After walking around I finally found some wifi and got a message from Rodrigo Petersen: “Hey are you out here in Cali?” I told him everything, texted him the address and he came to pick me up. I stayed at his house in Costa Mesa with his family for ten days.
F – Then, years later, he found out who the guy in the house was.
T – Maybe two years ago. It was Sean Sheffey! I was tripping.
F – Fresh out of jail. He had just started working again.

Did you know Rodrigo in Brazil?
T – No, I had never met him before that trip. I spoke to him for the first time in Barcelona in 2010, on Facetime. I was with his brother, and they were talking, and Rodrigo asked to talk to me. He said: “Hey, are you going to come to LA? Vern (Laird) told me about you. You’ve got to come, man”. He helped me a lot in California. Me and Carlos Ribeiro stayed in his sons’ room and they had to go sleep with him. He took me to sessions, put me in the van with the LRG guys…

Tell us about Crupiê.
T – I was on Gold Wheels, but I really didn’t like them. Rodrigo was too, and he said: “We have to do our own company”. I left Gold and started to buy Spitfire Wheels. After a year or so Rodrigo said: “I’m going to start the company. I want you to be involved”. I wasn’t sure, because I love Spitfire. He gave me a couple of sets to try, but they didn’t work for me. After a couple
of months he made another batch and they felt good. I told him: “Fuck yeah, let’s do this”. So now we’re here.
F – The clothing is 100 per cent bamboo. It feels different. It feels so good when you put a shirt on.

Carlos is on the team too, right?
T – Yes, Carlos Ribeiro. Carlos Iqui too.

I noticed you were skating the original silhouette DC Legacies at Street League and while out filming in London. How is it skating such chunky shoes?
T – When I first saw them I was like: “I won’t be able to skate in these”, but then I tried them and I could do a kickflip right away, a switch flip, all my go-to tricks… They feel really good. I love how they look and how that whole style that is coming back now.

What are your plans for the future, longer-term, Tiago?
T – Just to keep skating, filming and travelling with my friends. While I’m feeling skateboarding and feeling happy, I will just
keep skating.

Where would you like to live when you are older?
T – After this trip, I told Felipe: “I want to live in Europe”. It’s the best place because you can skate every day and every day makes me happy. Everything happens naturally. You can just go to a spot and think: “Nice, maybe I have something for this spot. Let’s film”. No pressure, just living the skate life. No one is telling you: “You’ve got to film. You have five months
to film that shit”. Sometimes when I was in California…
F – You know the pressure.

Yes.
T – I wasn’t feeling it anymore. I was like: “What the fuck is happening?” Sometimes I didn’t want to skate. It was so weird.
I was thinking: “Maybe I’m losing the love”. I was tripping on that shit. After this trip, I was like: “That’s what I want: to feel skateboarding, to go out with the homies and have fun”. I don’t want to go to a spot and have the filmer or photographer say: “What are you going to do?” I just want to live here (in Europe) all summer. If I can stay here for the whole summer, it will be the best.