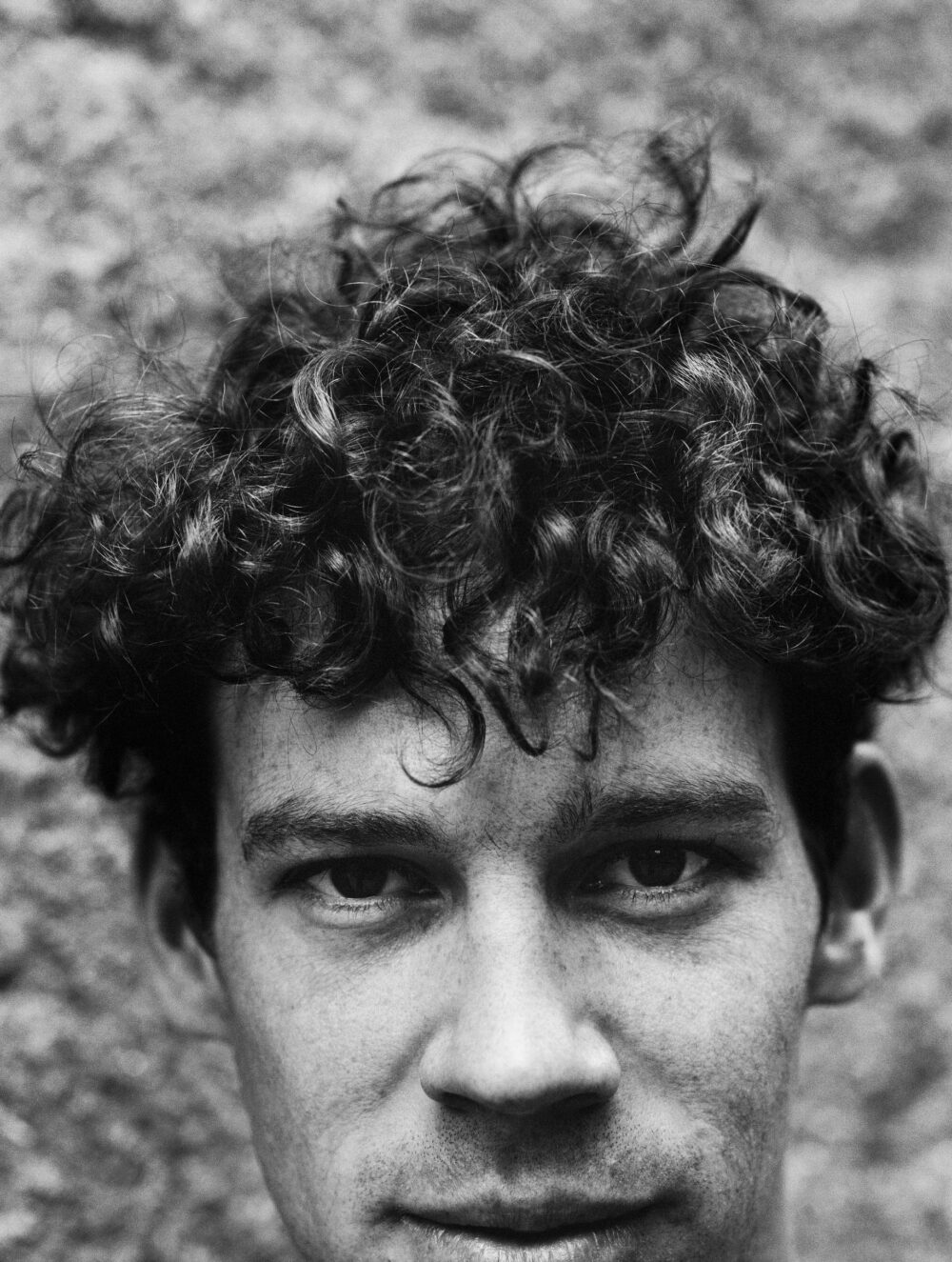 Ahead of this evening’s Volcom Holy Stokes! European premiere, we caught up with team rider Ben Raemers for a quick chat about the film, among other topics.

Tell us about your new moped.
I have a tendency to think of something and I have to do it – I can’t not do it. So for instance the other day I bought a video camera. I’d had a dream about a video camera, woke up and went and bought one. I’ve always wanted a Vespa, and I was injured – I hurt my toe – so I was just like: “Fuck it”.

You’re injured now?
Kind of. I can roll around. I dislocated my toe six weeks ago. So I just got this Vespa and I’ve been razzing around town. It’s been one of the funnest things I’ve ever done. I’d recommend it.

Are you still living in Shoreditch?
Yes. I live with Tom Tanner and his girlfriend. We live above a bar that’s open until three in the morning and directly next to that there’s a drycleaners that opens up at seven in the morning so it’s an absolute nightmare if I’m completely honest with you. But it’s cheap. And the company is good – I live with some good friends. And it’s a good area to live in. I live next to the Volcom office, so I just get all my stuff delivered here.

Are you still using Volcom’s Wi-Fi?
Secretly I am. I don’t think they know. I was like: “Can I borrow your Wi-Fi please”, and I just walked over to the house and it worked in my room! We did get Wi-Fi for the house the other week, but I think for some reason I’m still connected to the Volcom one.

You seem to live a pretty nomadic lifestyle, always away and never really settled in one place. Weren’t you were even living out of the Volcom office for a while?
Yes, there was a period where I was between places and I had a box of boards, shoes and clothes in the office and I’d just pop in and grab stuff. That was a weird time. I mean it’s fun not having a set place, but I feel like I need a base. Having a base makes you feel more comfortable in life. When you don’t have a home you feel a bit lost.

You’ve spent quite a bit of time in San Jose, California in recent years. What’s your link with that place?
Back in the day I rode for a board company called Consolidated and I was out in Santa Cruz with them. I knew Louie (Barletta), because I also used to ride for Duffs Footwear, so I ended up going and staying in San Jose with him. I’d met him in England before. We talked and I ended up getting stuff from Enjoi. Then I would stay at Louie’s for three months, then come back (to the UK) for two months, go back for three months… just filming and hanging out with them.

Was this when you were filming for the Enjoi video (Oververt)?
No this was before the Enjoi video. I was there just to be there really, just to hang out with everyone. That’s how I know all the people from San Jose. That’s why I go there so often, whenever I’m in the States.

Is it fair to say you like skating different stuff to a lot of your mates in London?
Yes.

Do you ever get bored going to places like Jazz Square (Gillett Square)?
Not really. I kind of just do my own thing anyway. I enjoy skating a bit of whatever, but I just end up going to Victoria Park all the time, even if I go on my own and just roll around. It’s just down the road. And when I’m in London it’s quite nice to keep it chilled anyway, because when you’re on the road on skate tours, it’s quite hectic. So when I’m back here, it’s nice to do my own thing. And when they go and skate spots, I’ll just go and hang out.

On to Holy Stokes! Can you talk a little about working with Russell Houghten. I know he approaches filming skating quite differently to most others.
I only went on one trip with Russell. I think I only went on two trips for this video. There were two filmers – he (Russell) was the main filmer and editor, then there’s Ant Travis, who was the other filmer. But yes, Russell… you don’t really know what he’s doing. He’ll have a drone in the air and stuff but he doesn’t talk about it or anything. You’ll be skating a spot and then look up and see a helicopter filming you, but he didn’t say anything about it. He’s got it all in his head – he knows what he’s doing.

Do you find that a difficult way to work, not knowing what’s going on?
Filming for this video, people weren’t going out to film specific tricks. It was more sessions. So we’d go and skate a park or a bowl, or people would be skating street, but it would just be everybody sessioning. People didn’t go to the same school five days in a row, getting kicked out. It was more like: you’re on a trip, in a van, you jump out, start skating something and they’ll just be filming what’s happening naturally. Daan (Van Der Linden) would do a backside tailslide in a pool while everyone is skating it and that clip will probably be in the video. I like it. I think that’s what skating is all about. It’s not about going to the same handrail again and again trying to get the same trick – well, maybe it is – but that’s not what skateboarding is to me. That’s why I think it’s good when people session together. Going skating on your own, with just a filmer or a photographer, sometimes it feels a bit too much. But when everybody’s skating together, I like it; it’s sick. I’m psyched to see it (Holy Stokes!); I haven’t even seen it yet.

Do you prefer a more traditional approach to filming?
To be honest, I felt like it worked pretty good, because he (Houghten) is filming the entire thing and he’s not being like: “Hey, can you do this?” or “Hey can you do that there?” He’s just filming the session as it’s happening and he’s such a good filmer that he doesn’t have to get you to do your trick in a specific place. He’ll just capture the moment.

Whose skating has impressed you most working on Holy Stokes!
Two people stand out in my head: Jackon Pilz…

I don’t know much about him.
He’s Australian. He just got on Enjoi as well, which I’m really stoked about. He’s next-level. He’s like a proper, full-blown street skater now – he does the gnarliest street stuff – but when he was like 13 or 14 he was doing 720s on vert ramps. Also Daan Van Der Linden is next-level fucked-up. It’s insane. He’s a freak. He’s so good.

Had you been before?
I’d been before, but that was a demo trip. There was a very strict schedule. This time it was with Thrasher – Jake Phelps was there. It was a proper skate trip. We were in vans and we went to all these crazy old parks. Lee Ralph, the legend, was showing us around, taking us to these mental old-school skateparks that were built in the ’70s, in the middle of the weirdest towns. Sometimes we’d have to drain them – the process was super-cool. By the end of it, I’d seen some of the best skating I’ve seen in my life. It was just an epic trip, one to remember.

Who is your best mate on the Volcom team?
It’s a tough one, but I’m going to have to go with Jackson Pilz, just because he just got on Enjoi and we spent a solid two months together in San Jose. He came and stayed at mine.

What are you up to next?
It’s quite exciting actually because I’ve finally got a gap of time that’s just opened up to start a new project. So I’ve been speaking with Enjoi – I think we might do something there – or maybe try and do something with Volcom, or with Converse. I’m going to figure it out in the next week and start working on it.