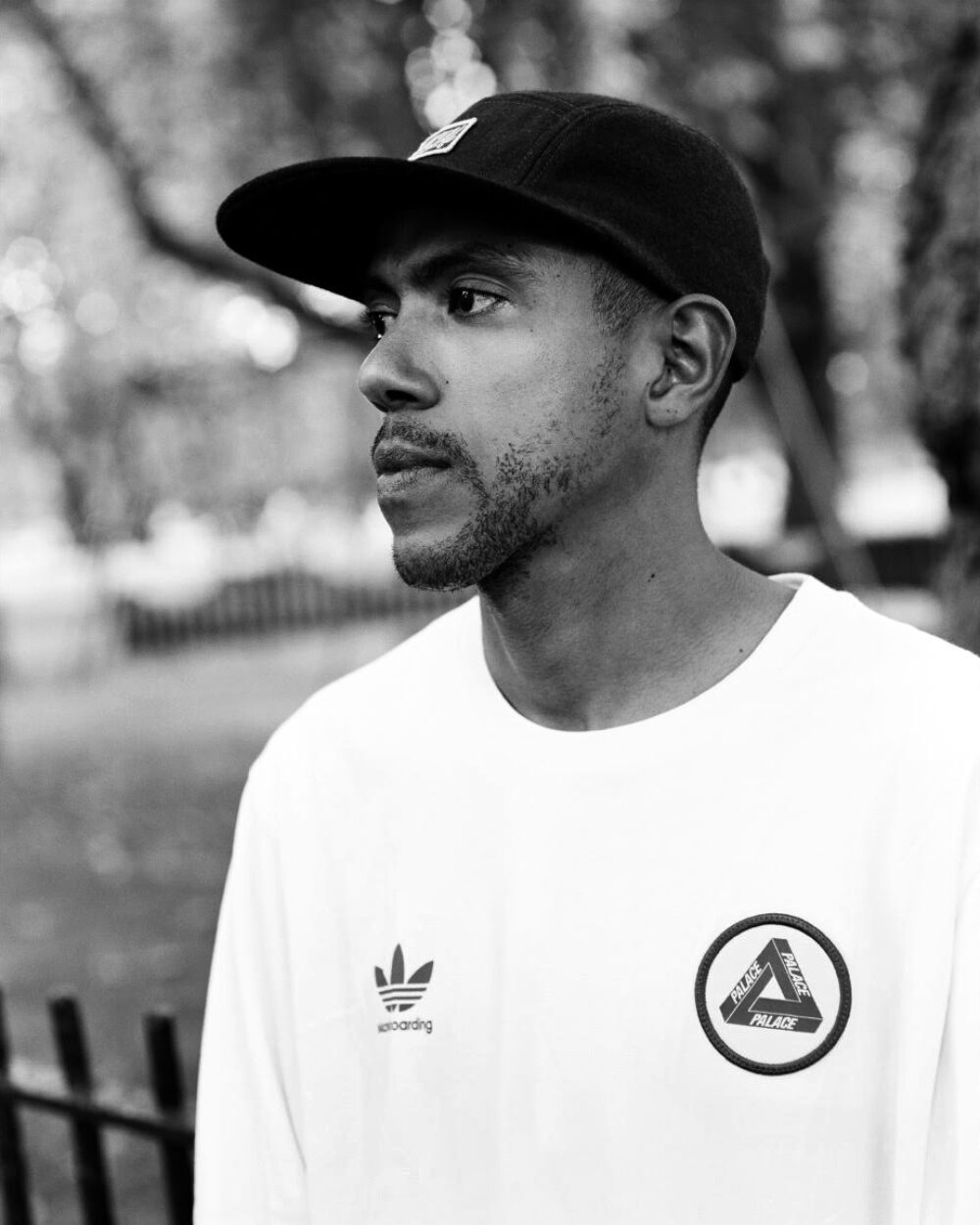 Shortly before the London premiere of the new adidas Skateboarding video, Away Days, we caught up with Rodrigo TX for a chat about his first trip to Europe back in 1999, skateboarding in Brazil in 2016, relocating to São Paulo and of course, Away Days.

How has the premiere tour been so far?
It’s been great. We had the first stop in LA. It was really good, a lot of people showed up. It was a huge venue. It was good so see the masterpiece. We’ve put in work for years.

Had seen your part previously?
Not really. Maybe three weeks before it came out, I went over and chose stuff that I liked and stuff that I didn’t and we chose the song together, but I didn’t see the edit.

Going back a little bit, to 1999, when you came to Europe and won the Prague competition, which I guess kickstarted your career – what do you remember about that trip and that contest?
That was a while ago, I was 15 – I’m 32 now. I remember just being hyped to skate, not being able to speak English and skaters that I’d been hyped on growing up – people I’d seen in videos – coming and talking to me. I couldn’t really talk, but I was excited. At first it was a little hard, I was shaking, but after the first contest… There were four: the first one was here (in the UK), then Germany, Switzerland and then Prague I think.

Were you travelling with friends from Brazil?
Yes. Back then a lot of Brazilians would come to these contests.

To win prize money?
To try to get an opportunity, win prize money, maybe get sponsored… We had contests in Brazil but the biggest ones back then were Slam City Jam (in Vancouver) and the European ones. I was doing good in the Brazilian amateur contests. To turn pro in Brazil back then, you had to go to the contests and be recognised. If you wanted to turn pro, where did you want to go? The European contests. It’s a lot different now. Is the Prague contest still going?

I think it might be. That must have been an expensive trip for you guys.
Yes it was.

So it was a big gamble to try to make something happen?
Yes, it was kind of crazy. I rode for a shoe company at the time – Reef – and they got my ticket and I rode for Crail Trucks, so they gave me like 40 trucks (to sell). Bringing boards and shoes is one thing, but trucks are heavy, you know? One good story is that I got to Prague and I had like $60 and every contest was $100 to enter. I thought: “Fuck, I have one more week. What do I do: enter the contest or use this money to eat for the whole week?” So I didn’t enter the contest and Danielle Bostick (World Cup Skateboarding) came to me and asked why I wasn’t competing. My homies who spoke English explained that I only had $60 for the week, and she was like: “No, it’s only $50.” So I had enough, but I was like: “Maybe I’ll chill,” and she was like: “No, you don’t have to pay for it.” So I didn’t pay to enter and ended up winning.

Where were you guys staying on that trip? Hostels?
Yes, but for that one (Prague) I think I was staying in the car. A lot of the Brazilians didn’t have money, so they’d get a room for two, and there’d be like five people. All those five people would pay and I didn’t have enough, so a lot of days I’d stay in the car.

For younger skaters could you explain how contests were different back then to stuff like Street League now?
I feel like it’s a lot more serious now. I don’t really skate contests any more and that’s why: because it’s not fun. Back then I still had fun because I was young, but I also had to do it to have an opportunity. Then, once I figured out I could have a career street skating, making videos, doing demos and shooting photos, I chose that because it was a lot more fun (than skating contests). Back then contests were more mellow than they are now. Now they’re really, really serious. I don’t think we get to see a lot of skaters because the contests are too serious for them to want to enter or feel comfortable skating.

Where do you live these days?
I was living around LA for the last 15 or 16 years, Orange County and then for the last two years I was in Long Beach. Right now I’m in the transition of moving back to Brazil.

And where will you go?
São Paulo.

I wanted to ask about how big skateboarding is in Brazil now, because a lot of companies seem to be taking a big interest – Nike for example – with tours and sponsorship.
Brazil is a huge country and we have a lot of skaters. After football, soccer, skating is the most popular – more people do it than any other sport. It’s fucking huge. So a lot of people are skating, it’s on the TV a lot more, so it’s getting more respected in the culture, which is really good. But the economy is still bad. Now it’s getting to a time where skaters are getting older, so the skaters are starting to run companies. For a lot of years, there were five or 10 dudes who could live off skating, but there were 100 pros. Now it’s getting better. People don’t really have to leave Brazil to have a career.

Do you think kids see skateboarding as a possible career now?
Yes I think younger kids and their dads too. Their dads, their families, they support it more because it is more popular and more people are making it in Brazil, or from Brazil, and it’s on TV. They see Luan (Oliveira)…

And Leticia (Bufoni).
And Leticia. They look at it differently now.

Are there still lots of kids who can’t afford to buy skateboards in Brazil?
Yes, I think so. I own a skate shop (Matriz) and I don’t get it, how the kids are able to. Shoes and boards are really, really expensive.

Do you have local brands that are cheaper?
Yes, we have a lot of local brands, but the quality is not the same – they’re not made in China, they’re made in Brazil. But that’s what the kids really ride: Brazilian brands. But then a lot of them ride US brands because of the internet. Everyone has a phone, so they’re up on what’s going on now. They still buy US brands, but I don’t know how because shoes, let’s say this shoe here (adidas Busenitz), in the States it’s $60 or $70, in Brazil it would be like 500 local money (real), which is around $180 US. But for Brazilian people, the minimum wage they make is around 950 real. So let’s say you work all month, then pay half of your salary for some shoes. 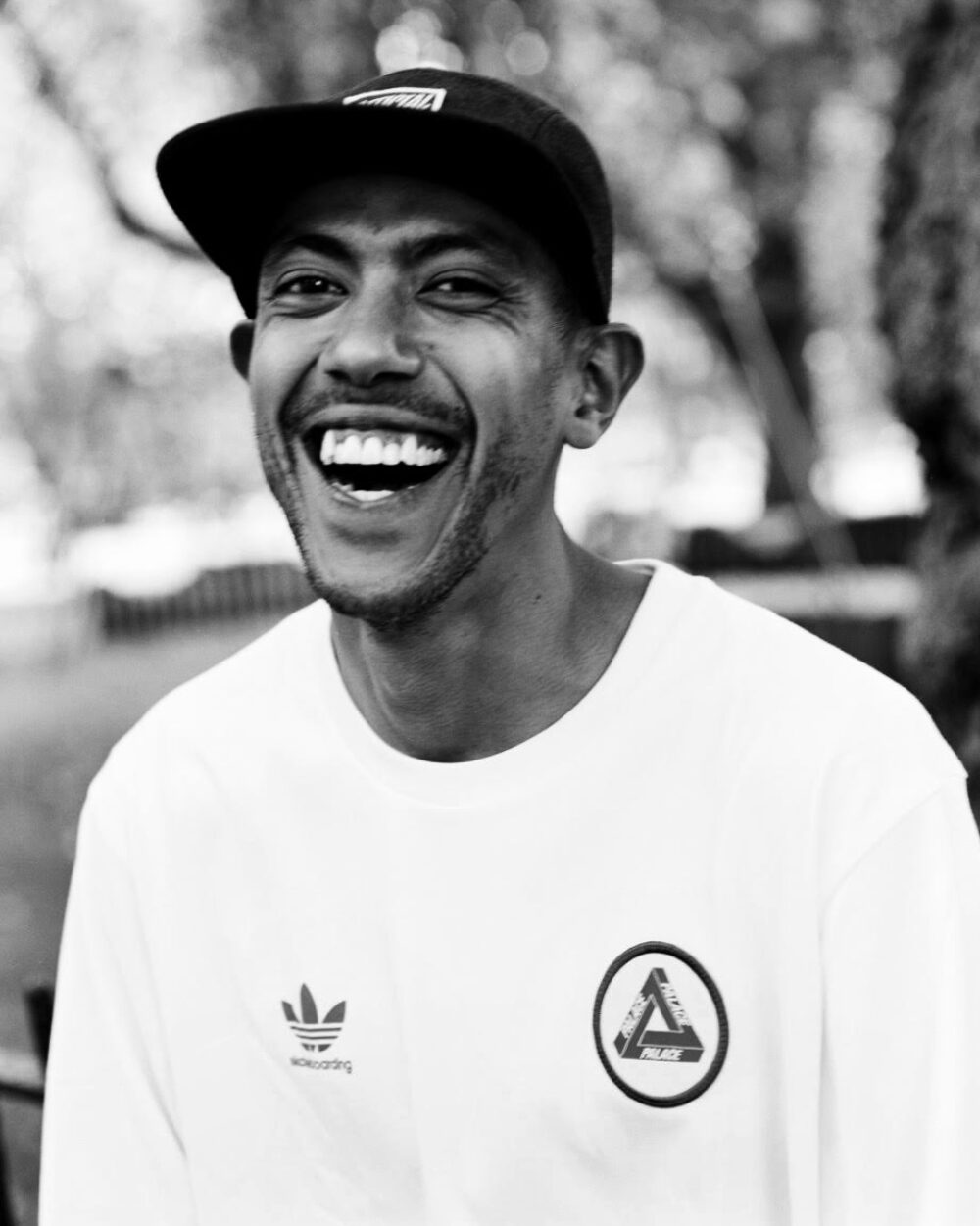 That’s crazy. So I wanted to ask about Away Days and Menikmati (2000), which was your first big video part. I think Menikmati was the first big video where they went all over the world to film, and Away Days has a global theme. What has changed in those 16 years, working on a big video?
OK, I’ll start with one the main reasons I like adidas, which is how it has an international feeling and embraces the whole world, instead of having you move to the States to make it. And back then, éS had that too. They had Arto (Saari) from Finland, me and Bob (Burnquist) from Brazil, (Rick) McCrank from Canada…

And each rider had an intro talking about where they were from.
Yes, representing the world. So that’s a quite similar vibe, that’s why I really like adidas too. But it was a lot different because that was my first video part. It was my second time leaving Brazil too. It was a lot different skating with my favourite skaters. This one (Away Days), the vibe is similar, but I’ve already been doing it for years…

You’re like a veteran pro now.
Kind of, yes. With Away Days it was more natural. All the travelling really helped too, because it takes me out of my natural habitat, where I’m used to chilling, smoking on the couch, maybe I’ll skate, maybe I won’t skate. On tours you’re out every day skating. If you’re not skating, there are people skating, getting tricks, so you get hyped. So for me it worked out perfect. Even though the vibes are similar, Away Days was different for Menikmati because back then, everything was new to me.

You didn’t have much time to film for Menikmati, right?
Not really, it was a couple of months I think. I got sent to Europe with Fred. Somehow he called me in Brazil, we talked and he got me a ticket and the next thing I know I was going to Spain for two weeks, and then I went to France for a month and that was pretty much it.

And how long have you been working on Away Days?
It was a good three years. I was hurt for almost one year too, last year, so I missed a few trips that I wanted to go on.

We are asked by someone from adidas to wrap up the interview quickly as we have gone over our time limit.

As one of the more experienced pros, who are some of your favourite younger kids on the adidas team, who have joined during the production of Away Days?
Miles Silvas. I’ll just say my favourite is Miles.

And what about the older guys? Who has impressed you most from Away Days trips?
Dennis (Busenitz), Silas (Baxter-Neal), yes, they’re fucking beasts.

What has been your favourite location?
I would say Madrid. It was one of the last trips (for Away Days) and my first adidas trip, that was to Madrid too, so it brought good memories and I love Spanish culture too, the spots, the crew.

You guys spent some time in London for Away Days. I had a Spanish team here a couple of weeks ago and they struggled a little with the rough spots. How did you find London?
I came to London on one trip for Away Days and the weather was not like this right now (it was warm and dry in London on the day of the premiere), but it’s definitely rough. It’s rougher than Brazil (laughs), so people might think I’d be used to it, but it’s rougher here. But just the vibes, the architecture and the history it has, that also makes you want to skate, so I think I did alright.

Last question: what are your plans now that Away Days is finished?
Just keep going, keep skating, keep filming because that’s the feeling that keeps me alive: filming and pushing myself. If I’m not filming, I’m cruising at the park and I don’t feel like I’m progressing – I’m having fun, but I don’t feel like I’m progressing. So I’ll just keep filming. We’re trying to come up with a project for adidas too. I don’t know if I should say, but we’re trying to come up with this documentary thing, then also have a video part with it, to finish.

A documentary about your life?
Yes. So that’s probably what I’m going to do next.