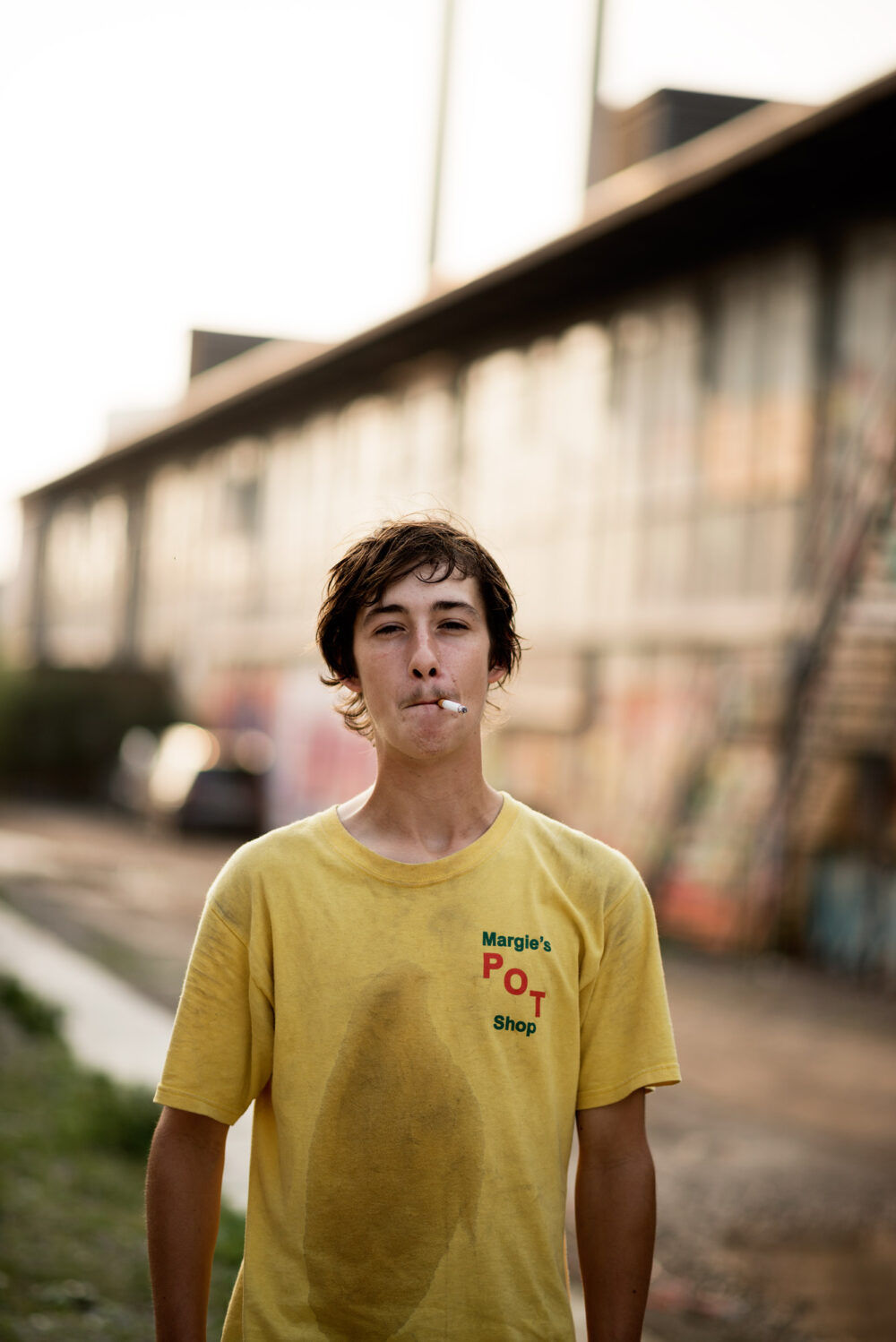 We were invited to Daan Van Der Linden’s Vans Style 112 Pro colourway party at his local skatepark in Eindhoven, Holland on Friday. Daan didn’t really want to do this interview – he had just returned from the Holy Stokes! world premiere tour, during which he had done lots already. So here is a short and not particularly enlightening interview with Daan about his new Style 112 Pro colourway, Holy Stokes! (which is available to buy on iTunes today) and some other stuff.

How did you enjoy the Holy Stokes! premiere in London last week?
Oh, I had a blast. I fucking got in some fight with Rob Smith though.

What was that over? DJing?
Yes. The Volcom team manager… I’m not even getting into it.

Are you happy with your Holy Stokes! part?
I can never be happy with footage of myself. Fuck that. But I think the other guys killed it. I loved Grant (Taylor) and Colin’s (Provost) part. That was really sick.

What did you think of the video as a whole?
It was really different compared to other videos. I was on trips with those guys and I’d seen the drone filming and I kind of figured it was going to be like this. But it came out pretty sick. I’m happy with it. It looks good.

Ben (Raemers) described it as sessioning with your friends while the drone filmed you from above – you got no direction. Was that your experience too?
Most of the stuff filmed by drones was a session, or nice shots of nature and stuff. Yes, Ben’s right: the drone would come out in the session, but it’s kind of annoying sometimes because it sounds like a swarm of bees hanging above you, you know? But I guess they got some good shots and we had some good sessions.

Dustin Dollin only has slams in his part. What’s the story there?
There is no story.

He must have landed something.
He did. He’s fucking sick. He tries the most crazy shit.

Those slams were outrageous.
And he came close to them. You only see the bad slams (in the video). When you see the ones that he almost made, it’s pretty sick.

OK, on to your shoe. Are you happy with how it came out?
I mean I’m not going to skate it, but I like how it looks and shit, yes.

You’re not going to skate it?
No, because it has my name on it.

Fair enough. What was your input in making it?
I told them that I’m not really a colour guy. I get annoyed looking down when I’m skating and there are colours on my shoe, so I tried to just go with white sole, black colour, little bit of green in there, Antihero is in there, a little label or something… I don’t know; it’s casual. I’m happy with it. That’s the way I think a skate shoe should be: not too crazy.

Talk us through your Free cover, the back smith stall.
I did it a few times because I wasn’t really happy with how the picture came out. We were on a trip in Majorca and I think the previous day (Chris) Pfanner did the most fucked up kickflip.

So you were hyped.
Yes, I was just feeding off the hype and that thing came the next day and I know Eniz (Fazliov) did a nosepick on it like five years ago.

How is it travelling with the Antihero team?
It’s funny as fuck. Frank (Gerwer) and Pete (Hewitt)… if you put Frank and Pete together, there will be a comedy show, and there’s everyone else: P-Stone bringing the meat, the cooking; he’s always on point, we got Johnny (Cardiel) taking care of everything, Julien (Stranger), fucking A, you need that guy. I’ve always watched their videos and shit and that company always attracted me the most. I would be surprised if the people sucked, you know? They rule.

Danny Wainwright (Vans Europe team manager) was just telling me he’s just been having a long chat with your mum about how she’s given you a lot of advice about your career. Would you agree with that?
My mom? Nah, no one told me shit.

He said she’d seen Ryan Sheckler on TV and told you not to be like him.
I mean she probably told me but I already knew at that time.

OK nearly done…
This interview is fucking bullshit isn’t it? I’m bad. I’m a bad guy at doing interviews. I hope you’re getting paid for this.

How many have you done already?
For the shoe, I’ve only done one, but I did a lot of interviews at the (Holy Stokes!) premiere. You can just copy one of those ones.

What’s going on this summer? Will you have some time to chill?
I always have the chance to chill. I can chill on the trips and shit if I want to. Everyone can. But if you mean time back home, I think I got some. I’m not sure yet – I think I’m going to the Copenhagen Pro thing. That’s always fun in the summer, when everyone’s there.

Do you like spending time here (Eindhoven, Daan’s hometown) in the summer?
Yes, that’s the best thing about Holland. The summer is the only time it’s nice. In the winter and all the other seasons, it sucks.

Do you know what you want to do after skateboarding?
Die.