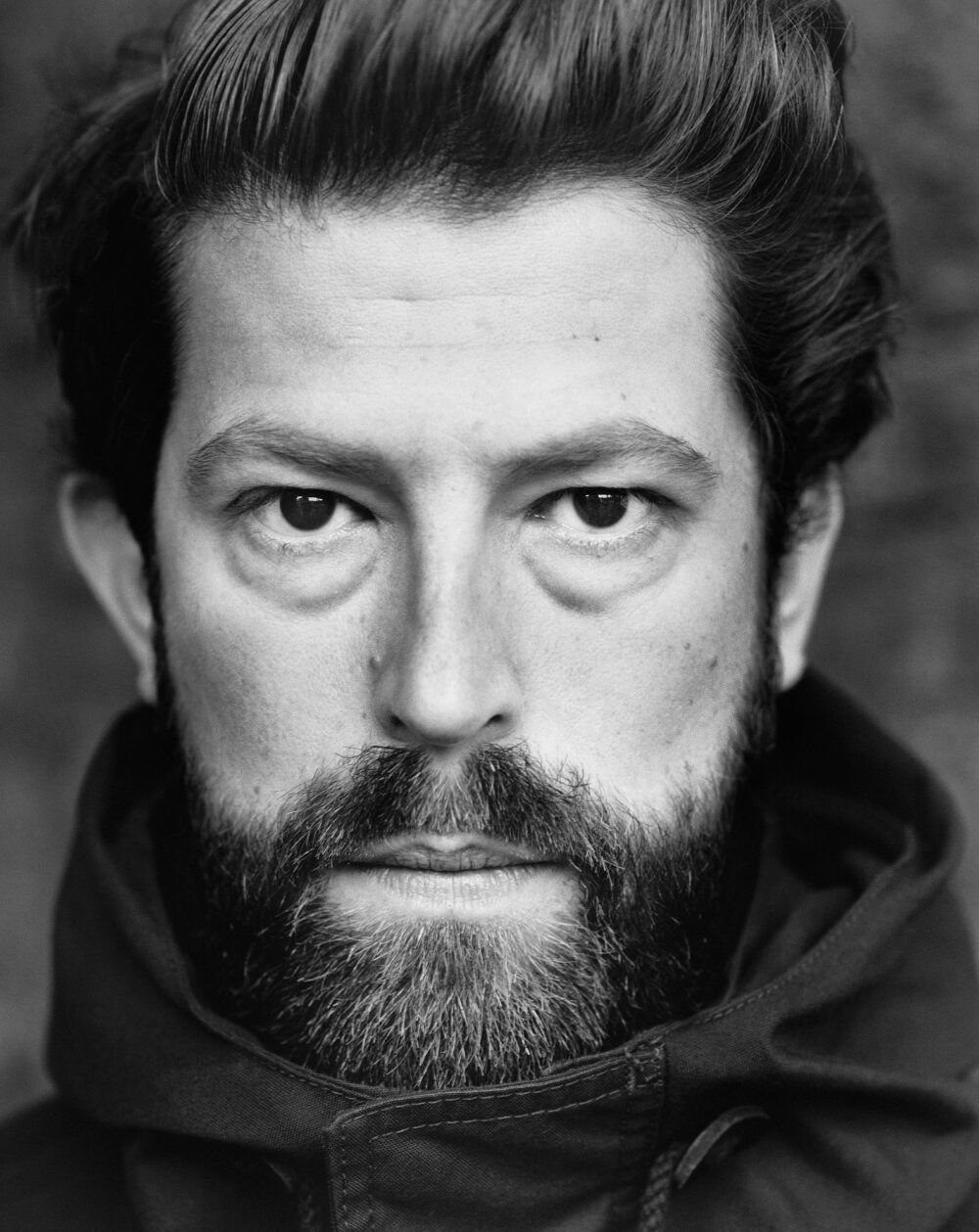 How long have you been shooting photos for a living?
I guess as my sole profession, 15 years, give or take.

Can you tell us a little about your training?
I went to this photojournalism course in Sheffield, which was set up by the newspaper industry, by the NCTJ (National Council for the Training of Journalists). It was a one-year course, but it was really intensive. It was a really good course, it taught me a lot. Pretty much everyone on my course ended up getting jobs at newspapers in the end. I sort of decided that I didn’t want to do that by the end of the course.

Did you plan to make a living from shooting skating, or did you have aspirations in other fields of photography?
No, not at all, but it started happening while I was on this course anyway.

So initially you were looking at a broader career in photojournalism?
Yes. As far as I was concerned, the skateboard stuff was a hobby and I was going to go off and work for newspapers. But between me starting and leaving the course, the newspaper industry was already like (gestures downwards), especially for photojournalists. That was pretty much the year it really changed. I kind of saw that coming and thought, “Maybe I’m going to have to do something else anyway. If it isn’t skateboard photography, I’m going to have to learn to do something else.”

Standard question, I know, but do you remember your first published photo?
I had stuff in ads, but the first one that was in editorial was an Arthur Tubb New Blood in Sidewalk. It was this ollie over a bin off these weird circular stairs. It was actually
pretty gnarly.

What are some of the main benefits of working as a skate photographer?
I guess the main one is being involved in something that is creative, having a creative outlet. That’s the main thing that I enjoy. There are other things that go along with that, like getting to travel, which is really nice, although that can be a curse as well. Being away so much can be difficult with other aspects of my life, but all in all, it’s really good getting to travel. What else? It’s fun hanging out with your friends and getting to call that work.

What about drawbacks?
One drawback is, like I said, having to be away so much. Also, you’re always on call. There’s a certain responsibility where if people want to go and shoot photos, you can’t say no too often. People always expect you to be available weekends and evenings.

Do you see yourself moving into another field at any point?
I see my future as continuing to do what I do. At the same time it’s good to do things outside skateboarding as well. I think this applies to anyone who specialises in one field of photography. Right now you have to have some other stuff going on too, so if one thing goes down, you can do other things. I do corporate portraiture, for example.

You’re a working photographer but also photo editor at Free. What do you look for in contributors’ work?
I guess the main thing I look for is something that is different, that makes me go, “Wow, I’ve not seen this before.” That’s the number one thing that will get someone’s image in the mag. We’re at a point in skate photography where people are recycling the way things are done over and over and if someone can find a way to break that process, that’s interesting to me. But we also have to accept that not every image is going to be like that, you know, these game-changing, exciting images, so other than that, it’s just stuff that’s well-timed and well-composed. Composition is probably what I value most, then timing. If you have those two things then you’re almost there and you just have to take care of the lighting.

What about common things that might put you off an image?
I don’t really like it if the filmer’s in there. It’s interesting because now and again I don’t mind it, but realistically you have to impose that rule otherwise the filmer would be in every single photo in the magazine. 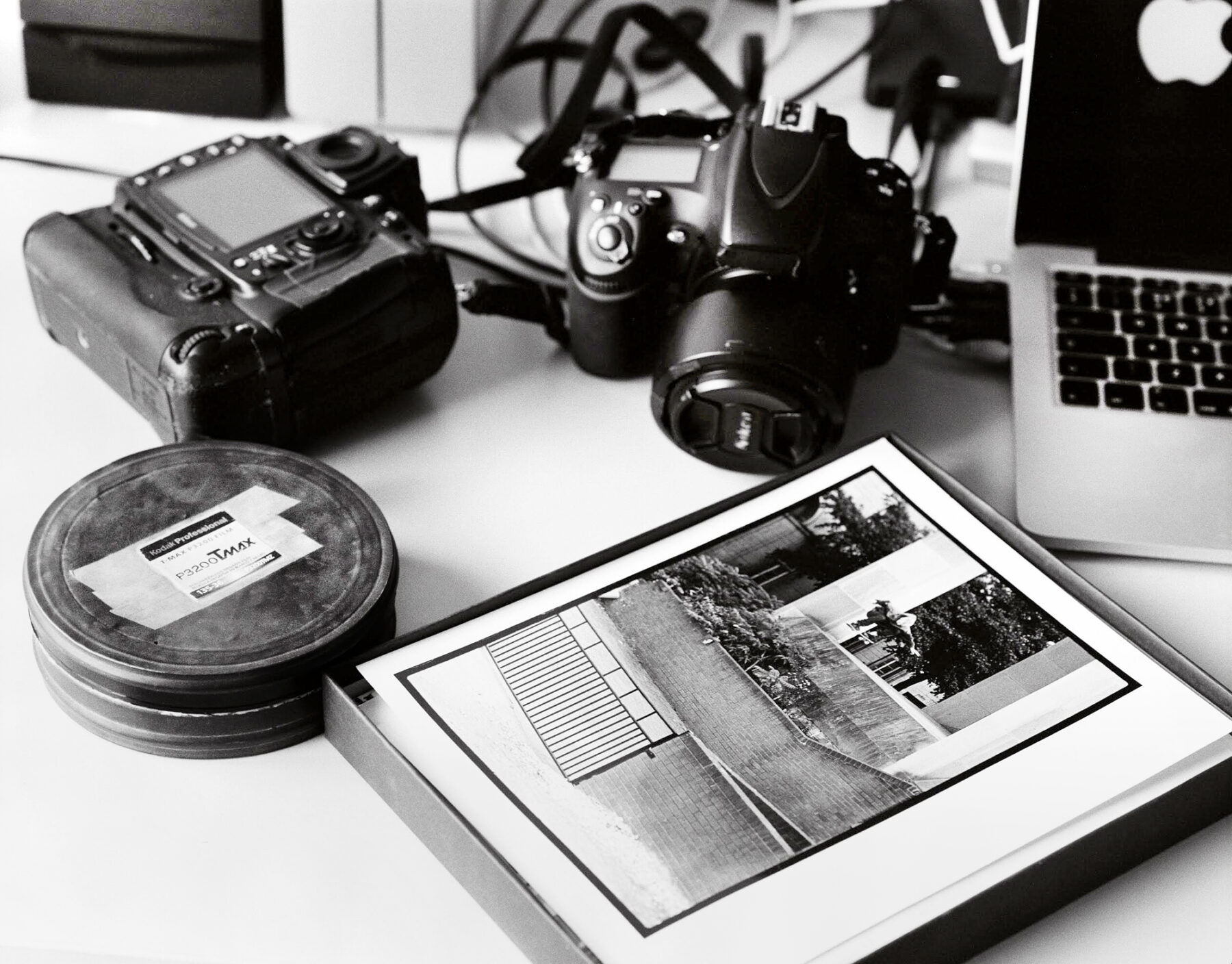 Do you feel like up-and-coming photographers sometimes overlook composition because they’re a bit too obsessed with lighting?
Oh of course. I think that’s the problem when you’re starting out: you’re so worried about trying to make the photo come out, composition almost comes last. If you look at the more experienced guys, they’ve set up lights and set up their camera a million times, so that becomes second nature and they concentrate on creating a sick composition. The rookie guys can make a good photo, but often it’s almost like the composition was just lucky and they’ll turn in ten other photos that are just composed so badly that you wonder what the hell they’re doing. The experienced guys like Marcel (Veldman) or Davy (Van Laere), all that technical stuff is second nature to them so the composition is just fucking sick every time.

Generally speaking, how do you view the photographic talent in Europe at the moment?
There are a lot of dudes doing good stuff but I think the consistency is lacking a little bit. The younger guys make more mistakes and don’t compose as well. It was the same for me: I didn’t compose as well when I was 18 as I do now. I’m not trying to say I’m better than these dudes, it’s just an experience thing.

Is it possible for someone not working as staff for a magazine to make a living as a skate photographer today?
Yes, but not from editorial. If you’re really good at marketing yourself to people that want branded content then yes, you can make a living. But I’d honestly say to a kid who is starting out and wants to make a living shooting editorial, “You’re probably tripping,” unfortunately.

What advice would you give someone keen to become a skate photographer?
Have patience. That goes for everything, whether it’s waiting for a trick to be landed or waiting for your work to be run in magazines. You can’t expect to be a staff photographer in a year or two. It’s not going to happen unless you’re some kind of genius.

I know you have strong views on working for free. Can you explain?
Within skateboarding I think that every photographer has a duty not to work for free, just to protect the other photographers. At this point in time, if you’re giving photos away, even if it’s just to a website, you’re basically a scab because all of a sudden it means that these websites or magazines can make stuff look almost as good as magazines that are paying photographers to create all this cool stuff. Then advertisers are like, “Oh, we can advertise here and it costs us a lot less,” and it’s like, “No shit it costs less. They’re not paying for anyone.” We’re (magazines) paying, photographers are paying to make this stuff, but they (magazines and websites who don’t pay contributors) are not contributing anything to the culture, they’re just taking. So ultimately, if stuff like that succeeds, we’re left with a culture that can’t afford to support people to make this cool stuff. I certainly couldn’t do my job if someone wasn’t somehow paying me to make the stuff. If I was just a weekend warrior, my photos would be crap. All these amazing photographers in Europe couldn’t do all this amazing work and make skateboarding look amazing if they were just going out there as weekend warriors. When people get support to shoot full-time, that’s how the really good stuff happens.

Related to this, do you agree that Instagram has devalued skate photography in the sense that people, especially brands, see skate photos as free to grab, often without a credit?
It’s a double-edged sword. This is more about how smart these brands are. The smart ones will pay because they’ll realise that the taps will be turned off eventually if photographers can’t make money doing this. They won’t have any content to post. The smart ones do actually pay, but there are lots of stupid ones… These same people will be like, “I don’t even need to run adverts in magazines any more because everyone just looks at Instagram.” And it’s like, “What are you posting on your Instagram? Photos from magazines you’re not supporting, who paid for those photos.” You’re bringing it down in two ways. It’s ridiculous. But I think that ultimately Instagram will save the day for photographers. It’s made photography more important again. The free posts thing will stop because everyone will realise the value of it. Brands that want to keep on posting without paying will start to get into trouble, because photographers will just get fucked off. If they can no longer make a living out of magazines and they see brands making a living out of their work, they’ll be like, “Right, someone’s got to pay me.”