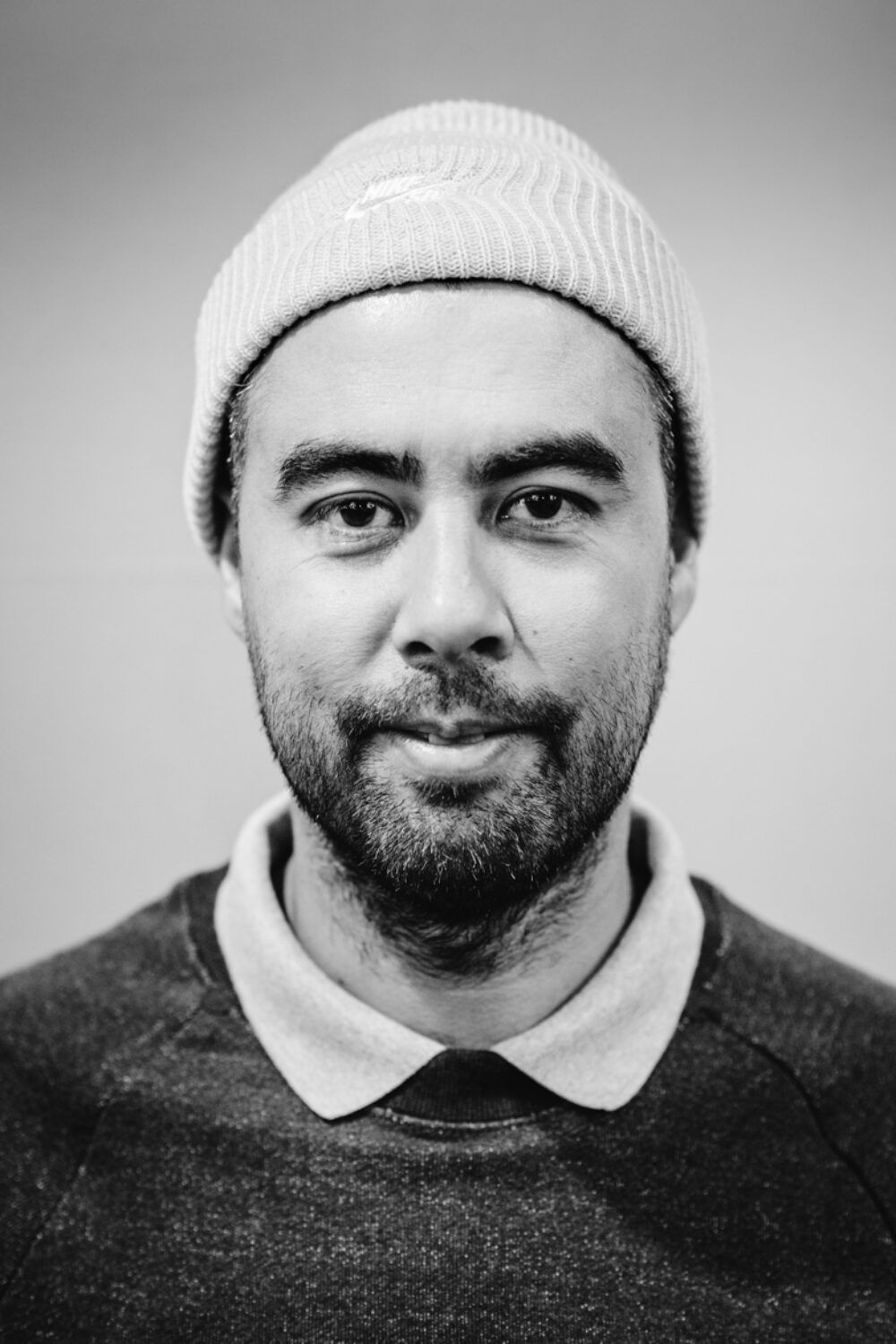 We caught up with Eric Koston for a chat about his new Nike SB signature shoe, the Koston 3.

Your last shoe was themed around golf. Can you explain the inspiration for the Koston 3? I read it was inspired to some extent by the Magista football boot.
That was some of the inspiration. The other one was Hyperfeel. I wanted a second skin-type shoe that is supportive and durable enough to do what I want it to do but also that fits like a glove and moves as your foot moves.

Did the Magista have anything to do with it?
Yes, the Magista had the sock. One of the early concepts for this did have a booty, but it was neoprene. When I saw the Magista, I was like, “No we need that.” It’s Flyknit. I knew I wanted Flyknit in the shoe, so it was just a case of figuring out how to do that. And I’ve taken inspiration from other football shoes before, just because of the fit. They’re glove-like. They (footballers) want to be close to that ball and we want to be close to our board.

I’m guessing the sock is designed for ankle support. Do you have ankle problems yourself and is your new shoe aimed only at those with weak ankles already, or is it designed to prevent ankle injuries from occurring?
It’s not for ankle support. It’s for ankle awareness. It’s called proprioception and that’s purely mental. It’s about knowing what your foot is doing, sending a message to the brain so you feel completely connected in your shoe, connected to your board. That’s what it’s for: so you don’t have to think about your shoe. Once you’re strapped in, I don’t even want you to think about the tricks you’re doing. I want them to become more instinctive because when they’re instinctive, you’re usually feeling a lot more confident and hopefully with that confidence, you’re landing more tricks and you’re not getting injured. Injuries are always from that hesitation, that split second of doubt that sometimes comes into your brain right before you’re trying something. Any time I’ve gotten really hurt, it’s been because of a mental lapse. So confidence is kind of the goal.

Where does this concept come from?
It’s from the Magista. Those guys (footballers) turn their ankles all the time. They have studies that they’ve told me about and it’s not about support, it’s about prevention. Let’s say you feel your ankle starting to turn. Hopefully, from being connected at your ankle, the shoe can tell your brain, “Uh oh, ankle’s turning. Do something to not commit to fully turning your ankle.” It’s about trying to send that message quicker. It’s about awareness of what’s happening. If you want to do a tre flip, you just do the motion, because you feel connected, secure, locked-in and more confident.

I heard Nike ran some pretty extensive tests on your previous shoes to inform designing this one. Can you tell us a little about this?
You always learn from the last shoe.

Anything in particular?
Fit, that was my thing: trying to get the fit super-snug. Not that it’s restricting or tight, but it’s just close enough so it’s got that glove-like feeling. It’s the entire package: the Flyknit sock holding you down, the Flywire locking the mid-foot, so there’s no lateral movement or front-to-back movement… The sock-liner too is very specific: contoured, thinner in the front. The cupsole is also very thin, there’s a Zoom air bag in the heel… They all work together so there’s good flexibility but the shoe is just thick enough so that it can absorb impact too.

How long is the design process on a shoe like this, from start to finish?
The shoe took two years to make.

What’s your relationship with (Shawn) Carboy (Nike SB designer) like?
It’s like any relationship. We get along. We’re like a married couple, we argue. He’s a designer and he has ideas and maybe sometimes I don’t totally like those things. I understand his viewpoint, but I’m like, “This is my viewpoint, this is my shoe…” It’s just the way it is. It’s because I care. If I didn’t care, I’d be like, “Yeah, whatever, go for it.”

The shoe has a really slim, narrow silhouette, more so than your last two shoes. Is this important to you?
Yes, it’s very important. Especially the way this thing looks; it had to be sleek and form-fitting because I think it’s already pretty polarising to people as it is. If it was any thicker, if it didn’t look fast… That was my goal: “We need to make this shoe look fast, when you see it on the shelf or when you see it on your foot.” You don’t want the first impression to be slow and clunky, you want fast.

Related to this, I’m guessing you still have some of your older éS signature shoes. Shoes from that period (early 2000s) look huge compared to what people wear today. Do you ever wonder how we skated in them and managed to make them look good as part of an outfit?
We just wore bigger clothes. That helped make them look not so big. I think that helped and the thing is, at the time, that’s what we wanted. That’s what we liked. Shoes seemed minimal when they weren’t. Our perception was completely different then. We were all wearing huge crazy, chunky, teched-out shoes. If we had the type of shoes we have now back then, with better board feel, I think progression might have been a bit easier, although I feel like we were able to do a lot with stuff that didn’t function all that great.