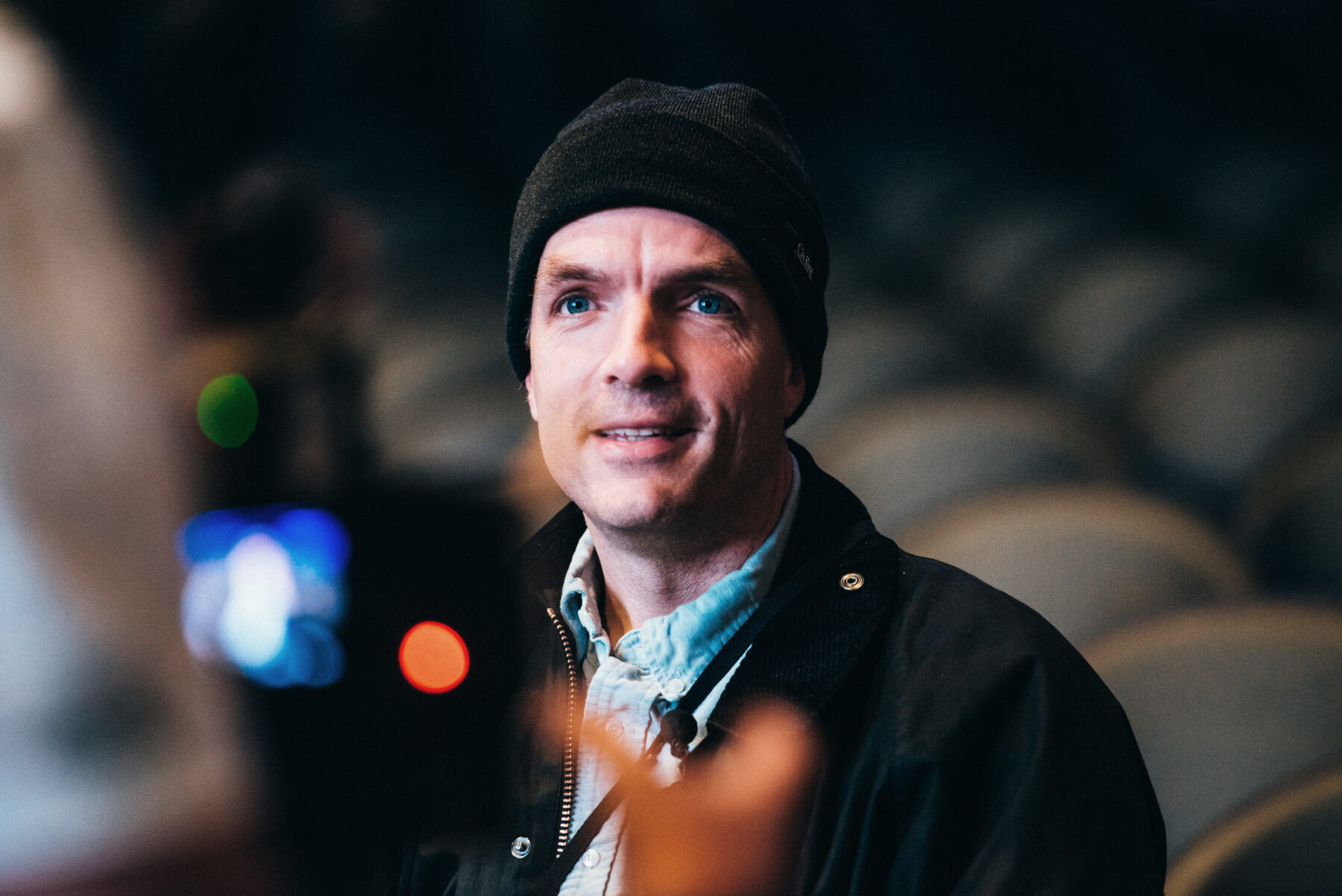 The second of our Vans Propeller interviews features director and cameraman Greg Hunt. Propeller is available now via iTunes.

Can you explain the name Propeller?
Not really. I didn’t come up with it. We spent a long time trying to find a name for the video and it was really difficult. First we were going towards more of the Vans heritage type of names but nothing really felt right. Propeller was a name that we’d kicked around from the beginning and it got to the point where we knew we only had a week left – Vans works pretty far ahead – so we needed a name, and it was either that name or a couple of others and that one just stuck. I liked it more than the other options because it isn’t like what you’d expect from Vans. It’s something new to their whole vocabulary.

It felt like Alien Workshop gave you a lot of creative freedom with Mindfield. How has working for a bigger, more corporate brand like Vans compared? Have you felt restricted creatively at all?
No, it was the same. Vans is very involved in the name and the marketing and the design, but when it came to editing the actual video they were totally hands off, all the way through to the very end. There were no big meetings and no brand message they wanted to get across. It was more just, “Lets try to make the best video we can.”

The early Stereo videos you were a part of – Visual Sound and Tincan Folklore – felt like they really just documented skateboarding that was happening anyway, if that makes sense, and were put together quite quickly I believe. In your opinion, how do videos like these sit against today’s bigger productions, which involve years of filming, big budgets, travel and the riders really putting themselves through it, trying to get enders on deadline?
I don’t like to make skate videos that are really conceptual. I like to just document everyone as they are. A video like Propeller is definitely different to the Stereo videos because it’s really about the skating. It’s really about these guys. I put these guys above me always. I’m not trying to make some kind of creative statement, I’m really just trying to give these guys the best parts they can possibly have. And when you have a video like this that’s got 22 people in it, and 13 or 14 guys with full parts, you don’t have as much time creatively to get in there and make all these little touches you might want to. That’s why this video ended up pretty simple. It’s good, but it’s simple, pretty much because I was focused on trying to give these guys the best parts I could.

How closely do you follow skate videos today?
I try to watch as many as I can. I don’t think I watch them in repetition as much as I did when I was younger, but I try to watch everything. There have definitely been videos in the last couple of years that I’ve really loved, that I’ve watched more than a few times.

What do you like?
Over the last year I really loved Destination Unknown, I loved Cherry… I’ve always been a really big fan of everything Lev (Tanju) does at Palace. I love all of Palace’s shit no matter what. I like a lot of Pontus’s shit too, I liked Trocadéro Days. I like anything that has its own flavour and feels genuine. I don’t really give a shit about formats, or how it was made, just creatively something new is always good.

Talk us through the soundtrack. I’m assuming you had to gets rights for all tracks. Who has input on music choices – you or the riders – and who gets final say?
It’s both, but ultimately it’s on me. I try to give everyone the music they want. That’s really important. Sometimes what they want doesn’t work and sometimes it’s not possible to get. It’s the hardest part, without a doubt, about putting together a video like this because you can’t really make that final push to finishing a part – which takes a week or so of editing – until you have the song. And sometimes you’re waiting months to get the song. It’s a nightmare. Music licensing is the worst thing. Things fall through and no matter what, at the end there’s always a couple of parts that you don’t have a song for and you’re having to finish this massive video and at the same time having to search for music. It’s really, really challenging. Making a skate video with a fully licensed soundtrack is a completely different workflow than making a video when you’re just using whatever.

Was that the deal with The DC Video?
No. I’ve never made a video without having to license music. Actually I did that (Josh) Kalis thing for (Alien) Workshop, Kalis in Mono. That was the only thing I ever made where I didn’t have to license the song.

Tell us a little about the cameras you used for Propeller.
Most of the video is shot on Panasonic HD cameras, the standard, the modern VX1000. I also shot a lot on my Red camera, but I only used that for certain things. I shot a lot of 16mm too over the last year. So it’s a mix of Panasonic and Red and 16.

How were your experiences filming in the UK? I know you spent some time over here with Geoff Rowley and Anthony Van Engelen (AVE).
It’s really hard. I have a lot of respect for people who get really good here because the weather’s not good and I feel like you’re in the car a lot going from place to place when you’re outside London. And ultimately it’s really hard to skate the spots. I’ve been to the UK a lot and I haven’t really gotten much footage here. It’s hard, but I love how it looks.

Aside from that UK trip, most of the video is filmed in the US, with lots of LA footage. Are you over filming abroad, in places like Spain? Lots of teams still visit China to get clips.
People still love to do that. Personally I don’t have as much interest in filming in a perfect marble plaza in Spain or China. That’s just me. I really do enjoy travelling, but I have a kid now so I’m not able to do it as much as I used to. When we do travel outside the US we try to go to places people haven’t been before. It’s not only how the terrain looks in China; you go to some of these spots and (Ryan) Sheckler or somebody was just there and did some insane shit. As soon as everyone gets out of the van they’re like, “Oh, this place,” whereas if you go to Croatia, it’s often a really amazing spot no one’s ever seen and you get more done. Greece is another example. We always have a lot of luck in Greece because there are a lot of spots no one skates. There’s not this huge long list of things that have been done there.

You spent a lot of time filming in the Midwest too, right?
Yes, I love that. I’ve always had really good luck with the Midwest. The last big trip we did was to Minneapolis, Ohio and Atlanta.

I guess you know Ohio from Alien trips.
Yes. For Propeller and Mindfield the best trips were through the Midwest. It just looks good. And you’re in your home environment. Everyone’s comfortable.

You and AVE have worked together on three big projects now. I know he’s been through quite a bit during this period. Can you talk a little about this working relationship?
He’s come a lot further than I have because he’s been through a lot and he’s had to overcome a lot. That’s made him even more focused and driven. It’s been a long time. It’s been 15 years. At the beginning he was younger and he was probably doing his own thing and maybe I had to be more like, “Hey, let’s get up and go do this,” on trips. Now I feel like he’s even more driven than I am. Early on he would get really mad. I remember thinking he definitely had an anger problem that got in the way of his skating. Now that’s long gone.

What’s next?
I don’t know to be honest. I don’t know if I’ll do a big skate film like this again. My life’s different now to when I started Propeller. I always want to be involved in skating, but these big projects take a lot out of you. I’m going to give it a couple of months and hang out with my kid and think about it.