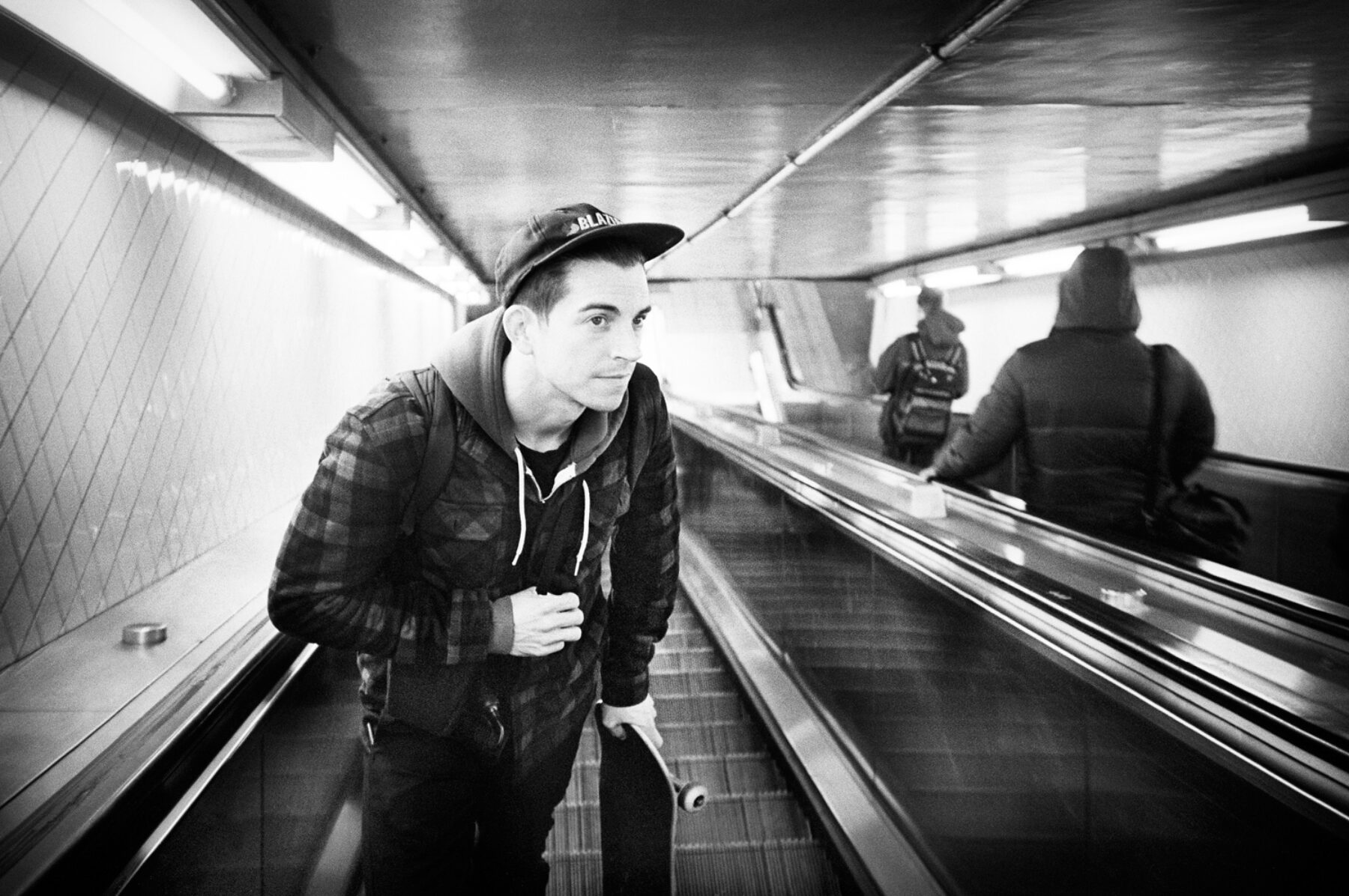 We interviewed filmmaker Josh Stewart about his latest video, Static IV for the current issue of Grey, vol. 02 issue 05. Static IV DVDs arrived in UK shops on Friday, so we though it was a good time to publish the interview online.

After watching the new Static video, the scene in NYC seems very healthy. Would you agree?

Yes, absolutely. There are several different crews of skaters around the city working with different videographers, giving a voice to the scene and they’re all presenting it in different ways. There are actually too many to name but Peter Sidlauskas (Bronze) and Jeremy Elkin (The Brodies and Poisonous Products) are two of my favourites. I have a particular respect for people actually releasing hard copies of full-length videos.

It’s out there that there are two new videos: Static IV and V. How would you characterise each one?

Well, the first idea was to separate the projects and keep one all NYC and the other a mix of skaters from around the world. But I started to realise that the videos would feel imbalanced and decided they would be stronger if I edited  as if they were one video that was just split up like a train into two separate cars. I actually was originally going to make three videos, if you can believe it! The premieres were also quite important in the editing process. Making the project work as two separate videos at the premieres was a difficult code to crack. Finally I realised that it would make a bigger impact and surprise if I made the audience think that the video was over and then announce right after the credits that Static V would be playing in 10 minutes. The surprise worked for the first premiere, at least.

How did you pick people for parts, or did this happen more organically?

The only people I picked at the start were Jahmal (Williams), Quim (Cardona), Snowy (Daniel Kinloch), Vivien Feil and Steve Brandi. They were all involved in the filming of Static III in some form and we just kept working together after that video was finished. Most of the other parts just happened organically, like Brendan Carroll or Brian Clarke. They would end up on a session or two with us and as their styles and abilities are so amazing, I couldn’t help but want to get a few clips with them for the video. That would turn into a minute and then a year later it was a full part. I think that happened with about half the skaters in this project. Then there are a couple of parts that I just felt would add a different dimension to the video, like Vincent Alvarez. I have always tried to show that the styles and unique approaches to skateboarding that I like aren’t just an east coast phenomenon and I felt that getting Vincent in the video makes a statement. He’s a real street skater who radiates passion and style, so having him in a Static video was important to me. 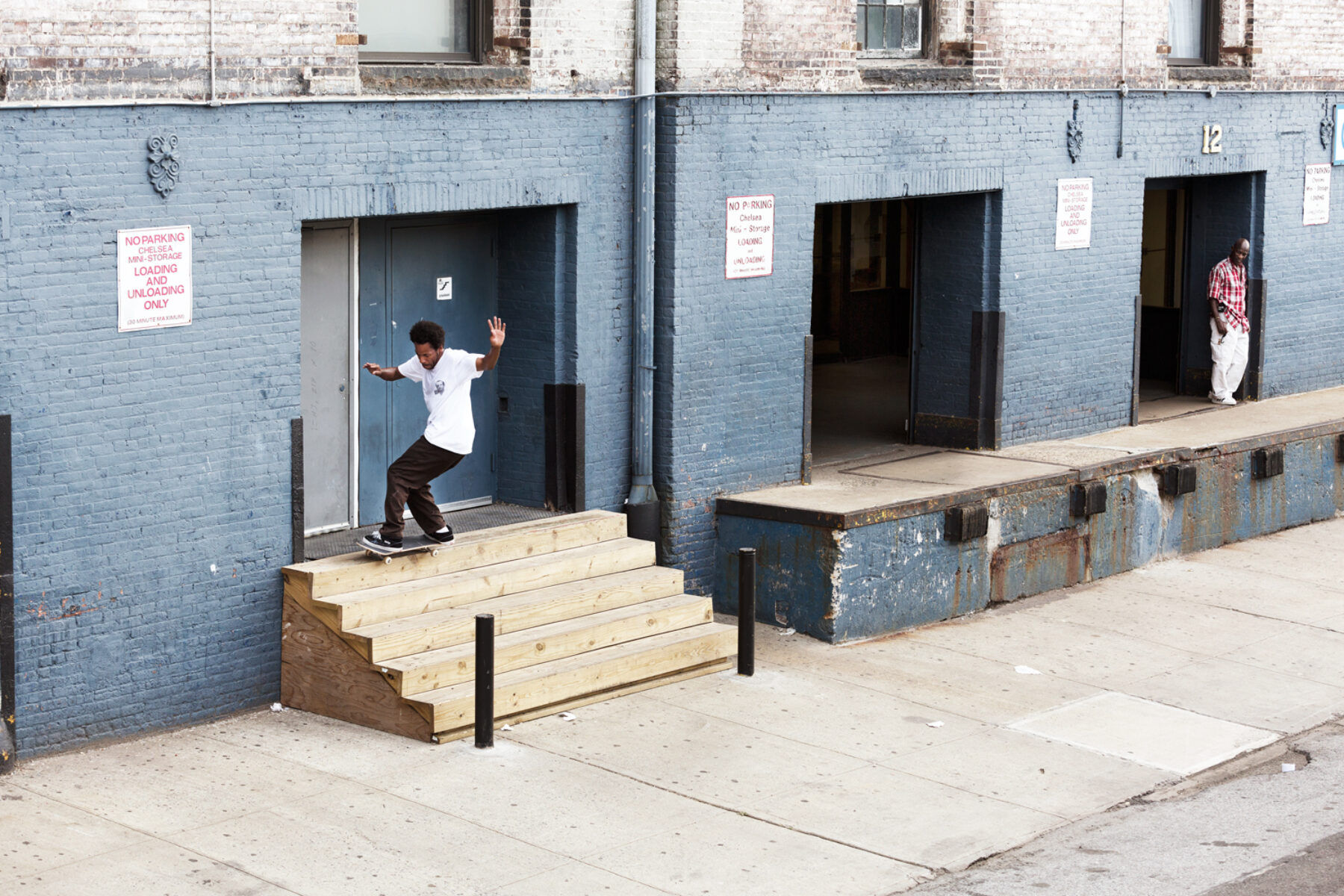 Who is missing from the Static IV/V roster?

Jan Kliewer, Joey Pepper, Daniel Kim, Donny Barley, Danny Montoya, Brad Cromer, Ben Jobe, Nick Jensen, Ocean Howell, Zered Bassett and Jordan Trahan were all hopefuls at one point or another. But logistics, lack of budget and an already far too lengthy video were all factors that stopped any of these coming to fruition.

How is it working with Jake Johnson?

Well, I owe about 99 per cent of the filming credit for Jake’s part to Ryan Garshell, the guy who does the GX1000 videos. I only filmed a tiny portion of Jake’s part, but I can tell you that working with him is similar to filming with skaters like Kenny Anderson or Jake Rupp. Jake is one of those very few select skaters out there who have a magic quality about them – you just feel lucky to be out skating with them.

Tell us a little about Brendon Carroll. His footage in Static V stood out.

I feel like his part is one of the bigger surprises in the video. He was the last addition to the line-up and we were filming up to a few days before the first premiere. He’s originally from Florida and grew up skating with Brad Cromer, which isn’t a bad way to start off. He moved to NYC about two years ago and he’s a blast to film with because his pop is incredible and it allows him to skate spots that 99 per cent of skaters couldn’t touch.

You’ve been working on this project for many years. Why release two at once, rather than releasing Static IV a few years ago?

There are a few skaters in this video who had either never had a full video part or who hadn’t had a full part in a really long time. This was a heavy responsibility. And the honour of being able to present the world with new Jahmal Williams and Quim Cardona parts wasn’t something I took lightly at all. If I had released Static IV a few years ago, some of these important elements of the video wouldn’t have been ready.

Skateboarding fashions and trends change quickly. What about the issue of changing styles of dress/skating over a seven-year period? Did you choose to embrace this or try to downplay it?

That was a big obstacle for a while. I had to scrap a lot of footage because it was too blatantly obvious that it was old due to the outfits the skaters were wearing. But there were certain clips I just couldn’t part with, especially anything with Quim or Jahmal – good footage of those guys is just too precious. At a certain point I stopped caring about some of the little rules we put on ourselves for skate videos. To me it was more important that the skater’s style and personality were showcased properly than if a clip looked a little dated or someone else randomly came out with the same trick at the same spot.