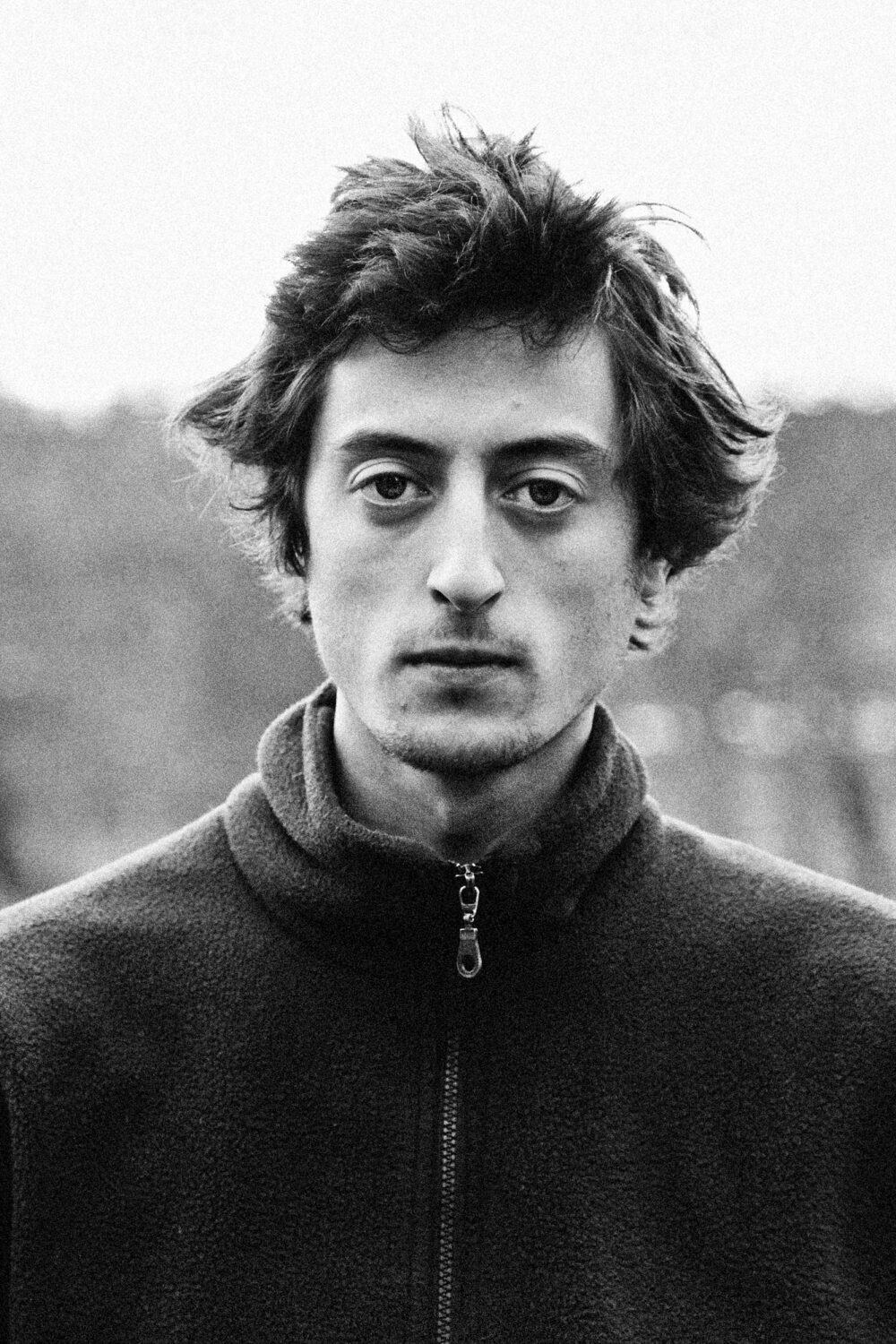 Who are your sponsors?
Focus and Converse flow.

What’s the latest news about Bristo Square? I heard it looks like the new square might be skateable and will have some of the old features.
Yes, the monument’s in there at the moment. They’re building super quickly now – it should be finished for graduation in May I think – but no one really knows what the deal is: if it’s going to be skateable again or if they’re going to let us skate there. I spoke to a security guard there the other night and he said that he’s already been told to ask us to leave.

So the space was always owned by the university as long as people have skated there, right?
The public can walk through and stuff, but I think it belongs to them. They’ve spent millions on it.

On a personal level, how important was Bristo to you?
Really important I guess, because I met everyone there, started skating there, probably learned the majority of my tricks there… 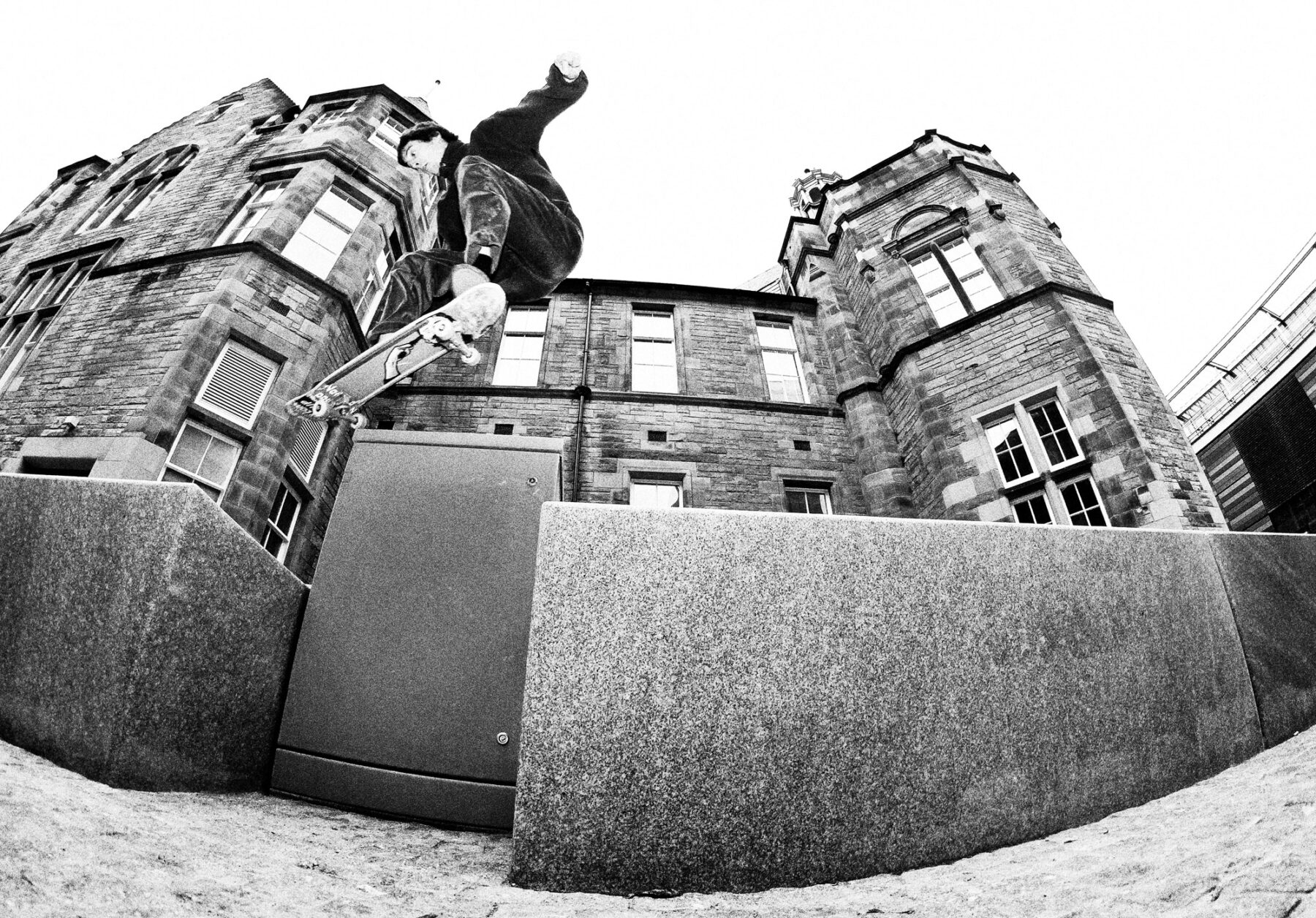 What about plaza skating more generally? Do you think the sorts of interactions you have with people from all walks of life are valuable to young kids, or potentially damaging or even dangerous?
I think it can go both ways. It just depends. At Bristo there were lots of alcoholics who were there every day drinking, but they were harmless. I guess it’s the same as skateparks: there are always people who maybe you shouldn’t be exposed to.

I suppose it depends if you think it’s good for kids to know about that side of life.
If you see those guys drinking every day as a kid, it would put you off.

Where’s that, in town?
No it’s right down in Leith. So there’s that, and there’s the park and I think people sort of go back and forth between those. There are a bunch of kids skating street though and they’re killing it.

Who are some up-and-coming skaters in Edinburgh?
From the kids who skate street, there are: Zion (Lambie) and Daniel (Scotland). Then I guess a bunch of my friends: JJ (Jamal Jabbar), Greig Virtue, Chris Nwufoh and Wes Gordon Hall.

There have been some really good full-length videos out of Scotland in recent years. Is anyone working on anything at the moment?
My friend Cameron Lenton is working on a full-length video. Kieron Forbes is going to be making a small clip for Focus and then JJ is filming a bunch with his VX. 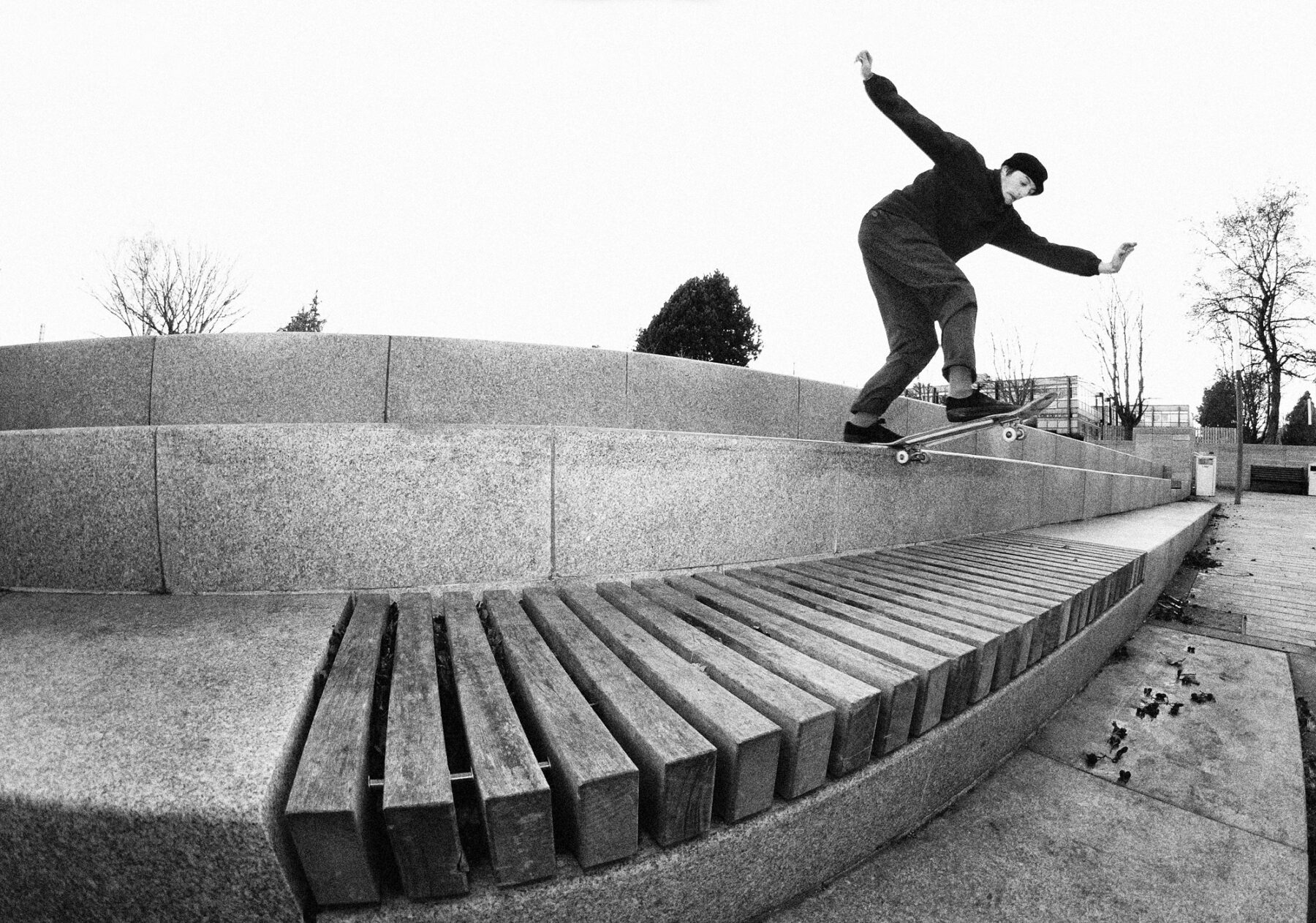 Graham (Tait) told me to ask about your fleece collection.
I don’t know man, they’re just good to skate in… and they’ve got zippy pockets, that’s the main thing, because I hate losing stuff. I usually find them in charity shops. You can skate in them all year in Scotland.

What inspires your skating? Do you watch a lot?
Yes I watch stuff all the time, usually on my phone at work: Youtube and Instagram and stuff. I watch a lot but I don’t take much away from it.

Because there’s so much stuff out there?
Yes, because there’s so much stuff. It’s hard to find shit that inspires you. Actually I’ve been getting into older videos recently, watching all those old Natas (Kaupas) videos, Streets on Fire, and stuff like Gonz (Mark Gonzales) in Video Days. There’s a lot of cool older stuff to watch to try to get inspiration from, for tricks.

What are your longer-term plans?
Just trying to work a lot in the call centre, save money, go on as many holidays as possible while I still can, skate as much as possible…

When you say holidays, do you mean skate trips?
Yes, exactly that. I think I’d find it hard to go on a trip without a skateboard, like a drinking holiday or something.