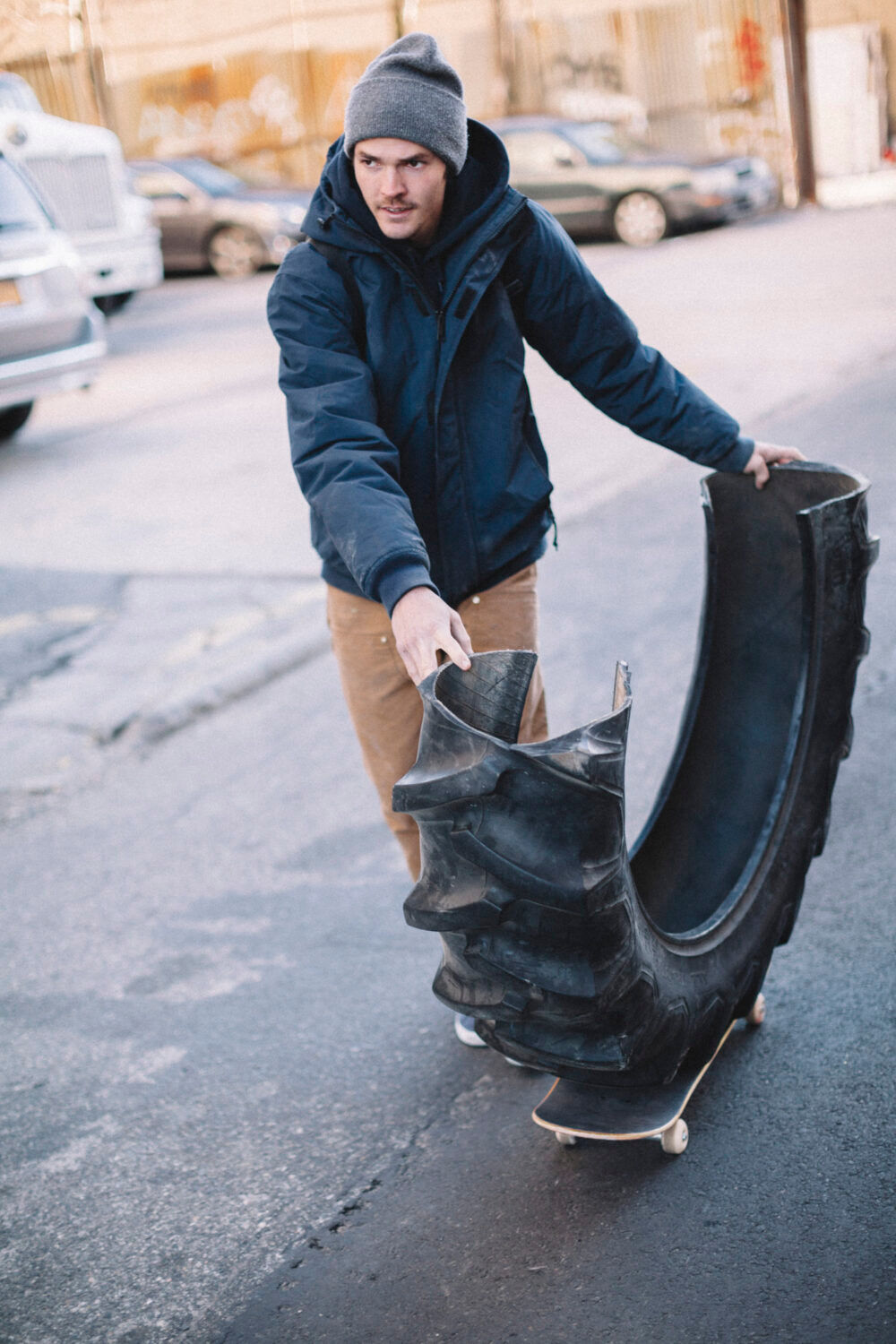 Max Palmer recently exhibited his sculptures, in a show named Improper Slope, in New York City. Photographer Rich Gilligan documented Max preparing for the exhibition – and skating – for a special short-run photo ‘zine – also named Improper Slope – produced in association with Carhartt WIP. We caught up with Max to find out more about his work, and the ‘zine, which you can order now from Palomino.

You studied photography before moving onto sculpture. Can you talk a little about your photography and how that led into you making sculptures?
I’ve always liked building things, but mostly started out making functional stuff and skate obstacles. Moving towards sculpture after photography was mainly because after I graduated from school I lost all access to cameras, equipment and studio space, so I didn’t have the means to continue with what I was working on. I was also working for a photographer / sculptor building all of her sculptures and eventually I wanted to try out some of my own ideas and started messing around with concrete in the sideyard next to my apartment.

Did you ever exhibit or publish your photographic work?
I had a thesis exhibition of my photographs when I graduated from Pratt. I’ve had a couple things in group shows that my friends have organised over the years.

How closely does your work relate to skateboarding? Is it simply that being out in the streets gives you access to materials, or is the link stronger than that, an obsession with surfaces and textures for example?
I am mostly influenced by things I see while I’m out skating, like you said all the different surfaces and materials, and the way things change colors over time.  I also find a lot of materials that I end up using while skating around. I don’t think it relates to skateboarding at all other than me being a skateboarder, haha, or at least I don’t approach it thinking that there is a link.

I always find it interesting how we have routes in our head around the city, based on the smoothest surfaces.
Yeah I know exactly what you mean. I have all these different skate routes for going to different places the fastest way and the smooth streets. There are a lot of shitty streets in New York and I definitely try to remember when I end up on a really bad one so I can avoid it in the future.

Can you briefly describe your process when making a sculpture? It starts with a found object, right, usually a piece of metal?
Sometimes I find a piece that I really like and know exactly what I want to do with or I will pick something up and it will sit around for up to a year. If I get tired of looking at it then I try to use it and sometimes it works out, sometimes not. Or I will see something in the ground or part of a wall and then try to create my own version of it.

Can you explain a little about The Sideyard. In an email you described this as your introduction to concrete.
I had always wanted to build a concrete quarter pipe and eventually I just built a really shitty one without permission in the sideyard. That was my first experience working with cement. After a while we realised that slumlords owned the building and the real landlord was in jail for fraud so we started expanding on the quarter pipe and eventually it became a small bowl that was really fun but extremely hard to skate.

Do you take specific inspiration from any other artists?
I like a lot of different sculptors and photographers: Harry Callahan, Lee Bontecou, Matthew Gray Palmer, Manuel Neri, Isamu Noguchi… the list could go on forever. I also like looking at shitty bootleg repair jobs that people do themselves trying to fix things. It is cool to see how people try to fix stuff when they don’t have the right materials or any clue what they’re doing!

It’s probably a lazy comparison, but are you aware of Bobby Puleo’s work with found objects? What do you think of it?
I saw those collages a long time ago and I thought they were so cool. I really like the crushed cigarette boxes and the numbers. It is crazy to see so many of the same pieces of trash all next to each other. There are so many levels to those collections and a real sense of time – each piece was handled by so many different manufacturers and individual people and then eventually picked of the street by Puleo. Maybe those subconsciously influenced me to start collecting things later on.

How did this exhibition come about?
I was talking to Leo (Pagkaliwangan, Carhartt WIP) one day and he asked if I wanted to do a book or a show or both so I said: “Yes, why not.”  At first we were going to do a book and the exhibition but that ended being too much work to do at the same time. I didn’t think it was actually going to happen, then one day we found the gallery space, and that’s when it hit me: “Holy shit this is really gonna happen. I have a lot work to do!”

Tell us about the name, Improper Slope.
I was procrastinating forever on picking a name and it was down to a couple days before I had to decide.  I was researching random stuff about concrete and sidewalks on the internet when I found this (see below) on the NY Department Of Transportation website. It was too funny to pass up so I went with it. 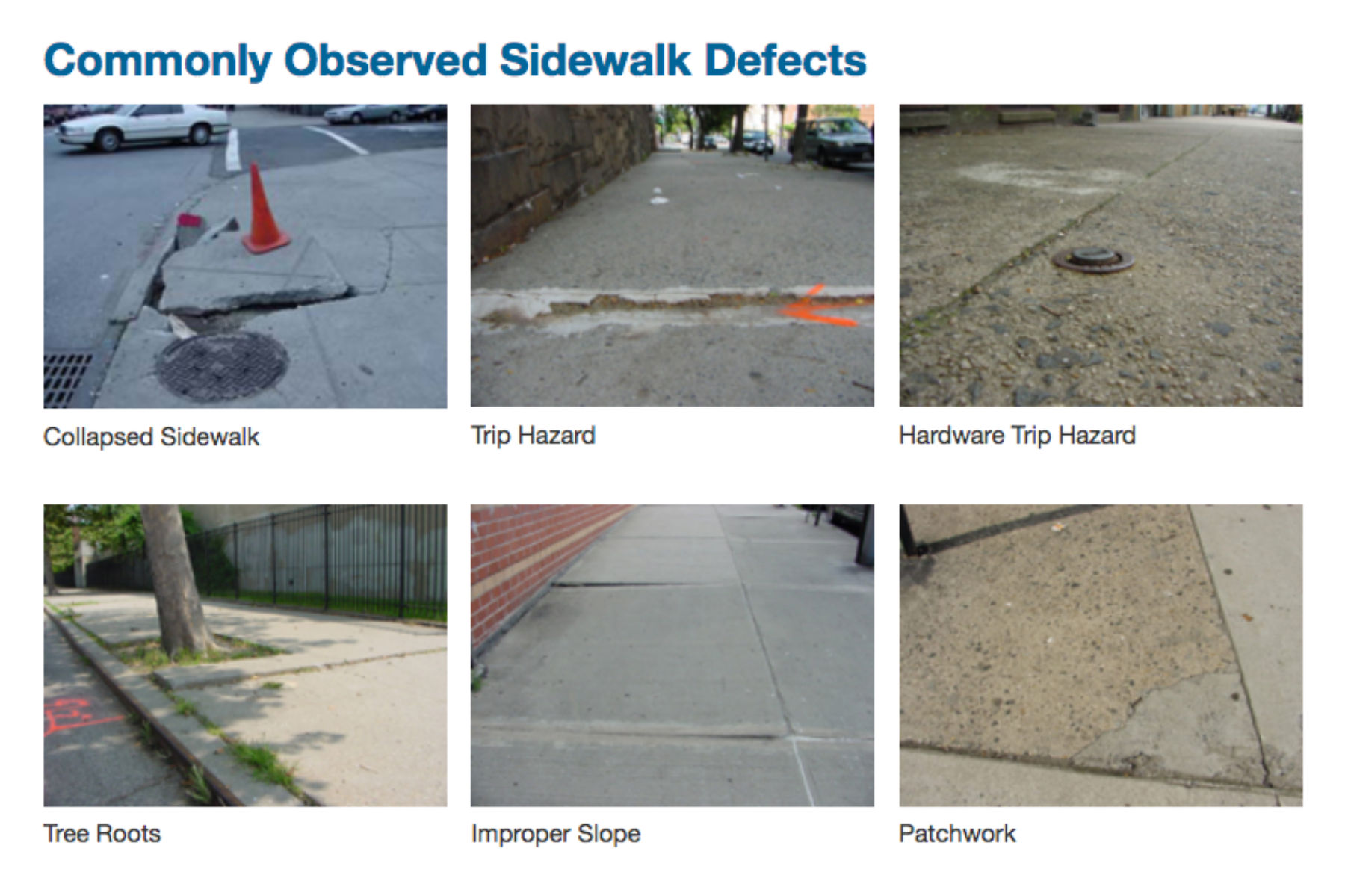 How have you found working with Rich Gilligan on the ‘zine?
It has been really fun. I was nervous before I met him, but as soon as we met it was super relaxed. I all ready had his book DIY, so I was excited to meet him.  Rich is the best and shoots amazing photos so I knew it would turn out nice having him in control.

Do you have any specific plans or goals with your artwork after the exhibition?
Hopefully to have more in the future and be part of group exhibitions. I all ready have a couple of new projects in the works that just happened simultaneously while working on this show. I don’t know where I’m going put everything when I take it down though! 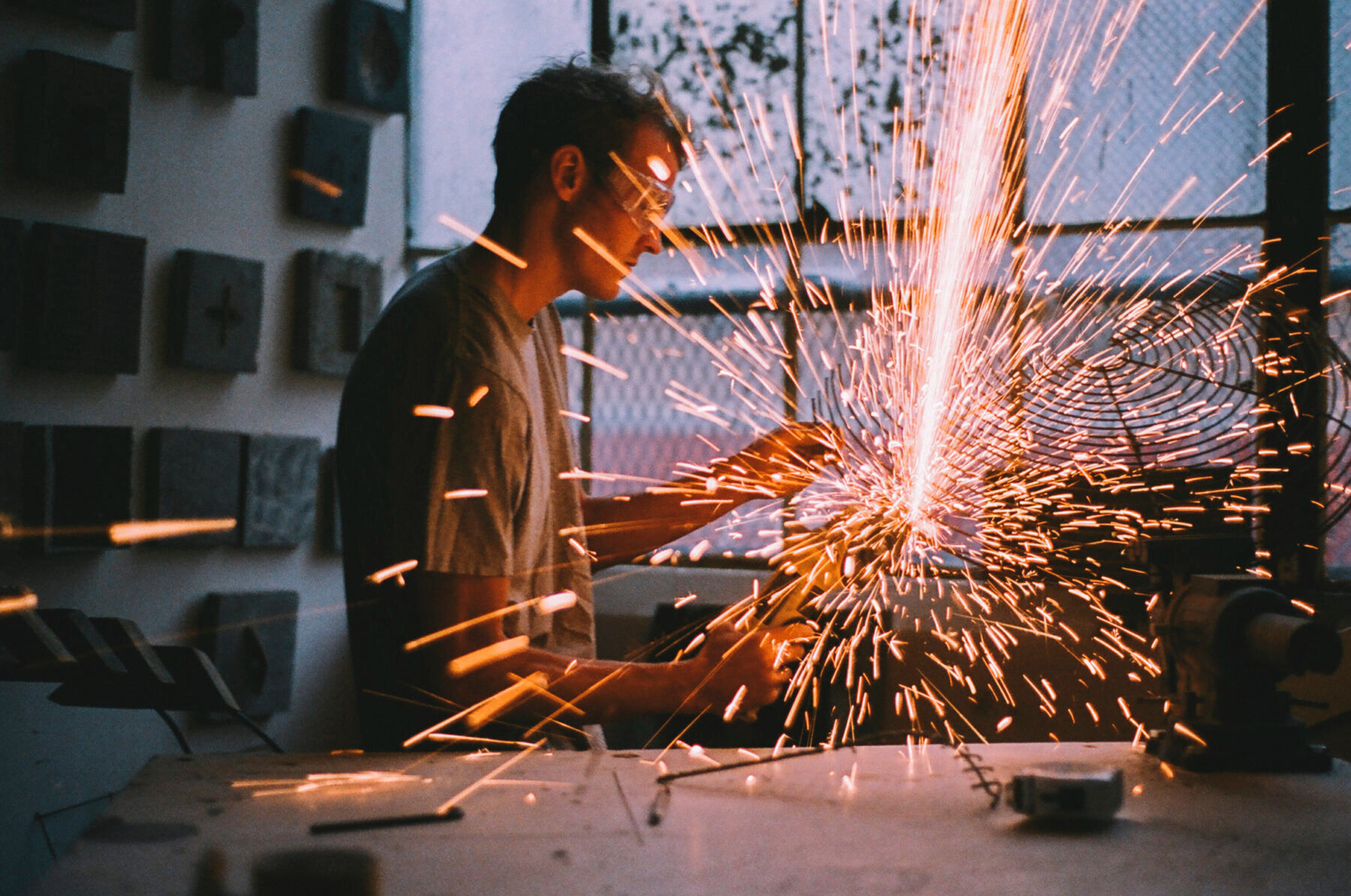 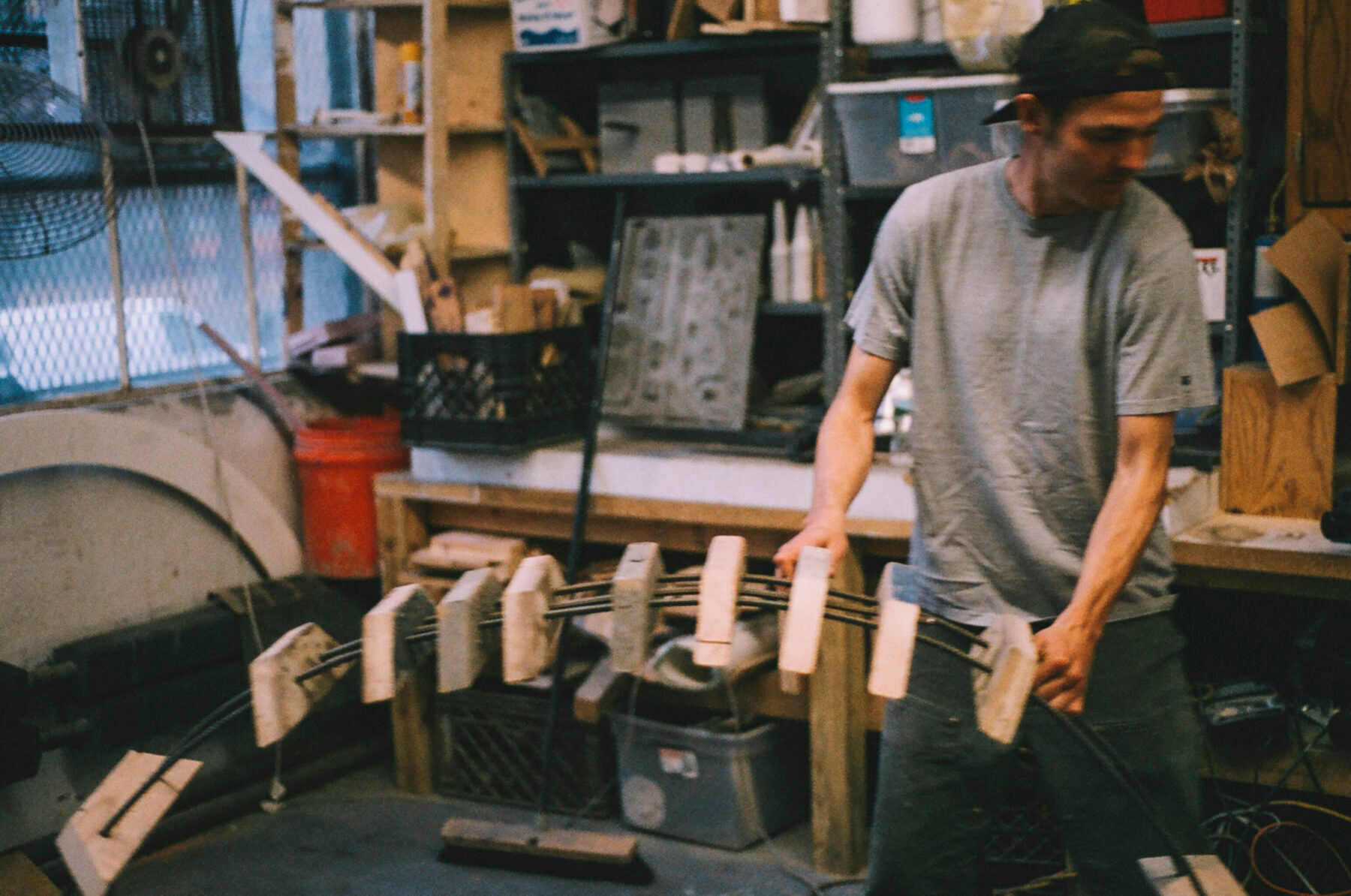 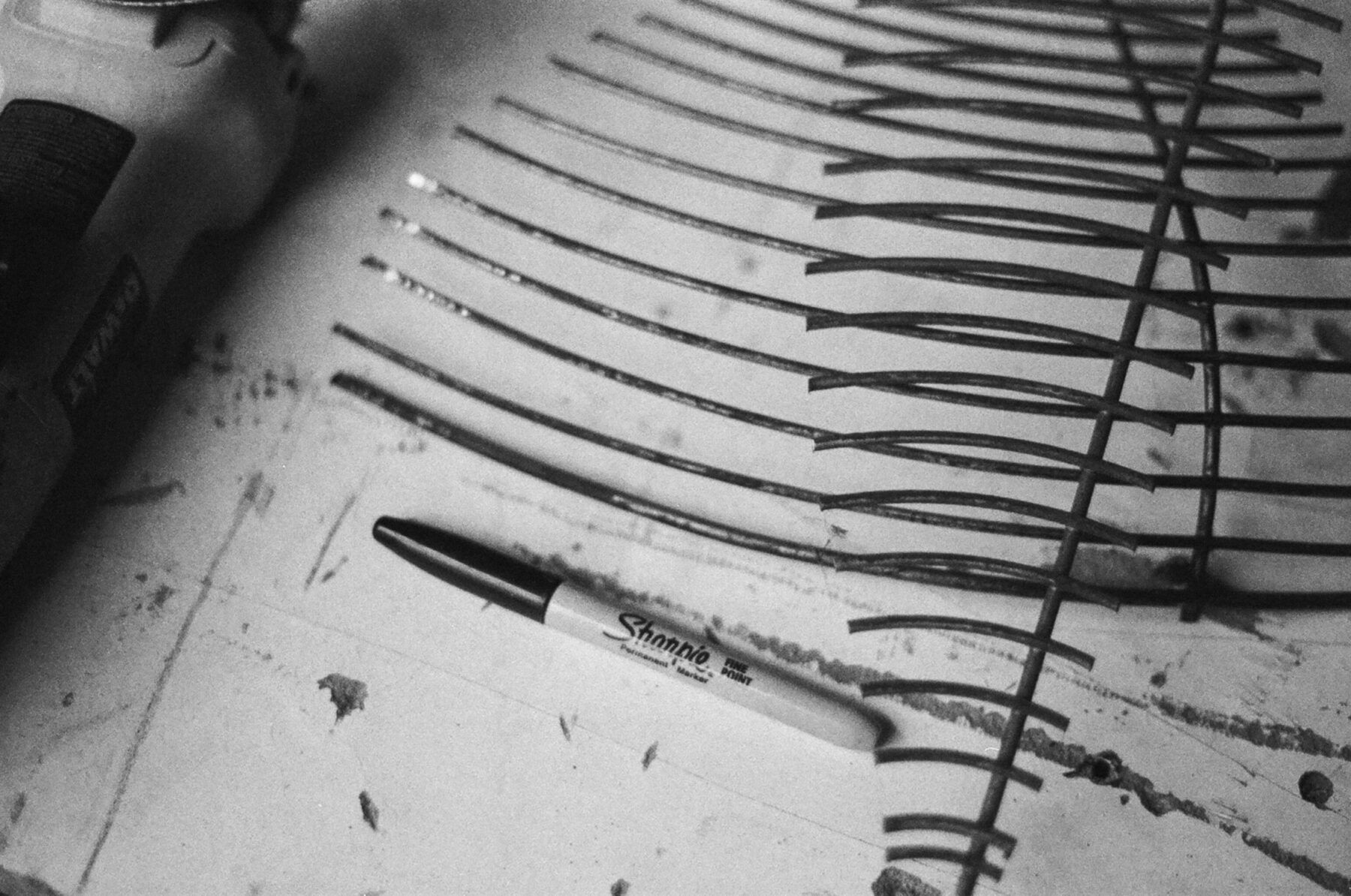 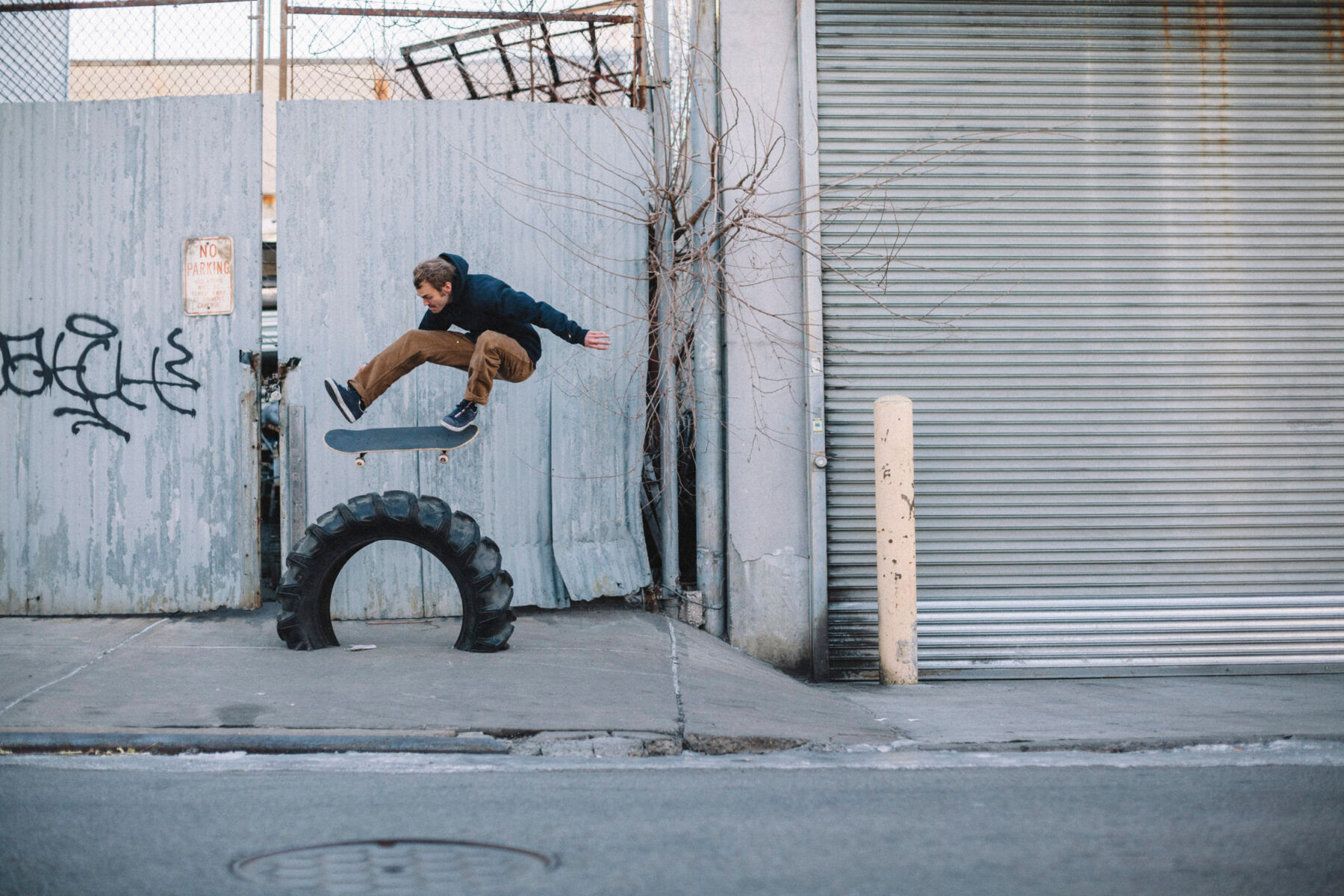 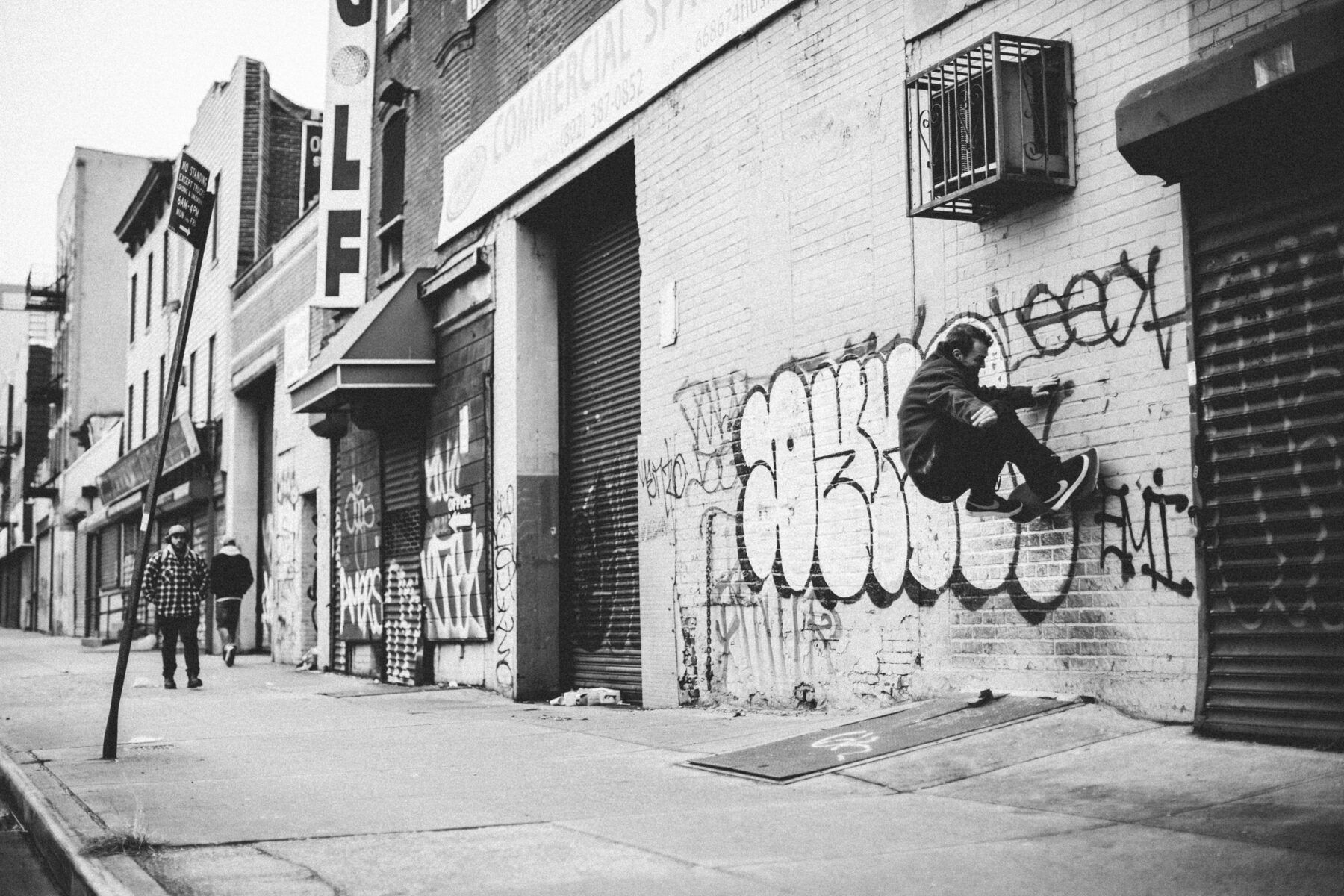