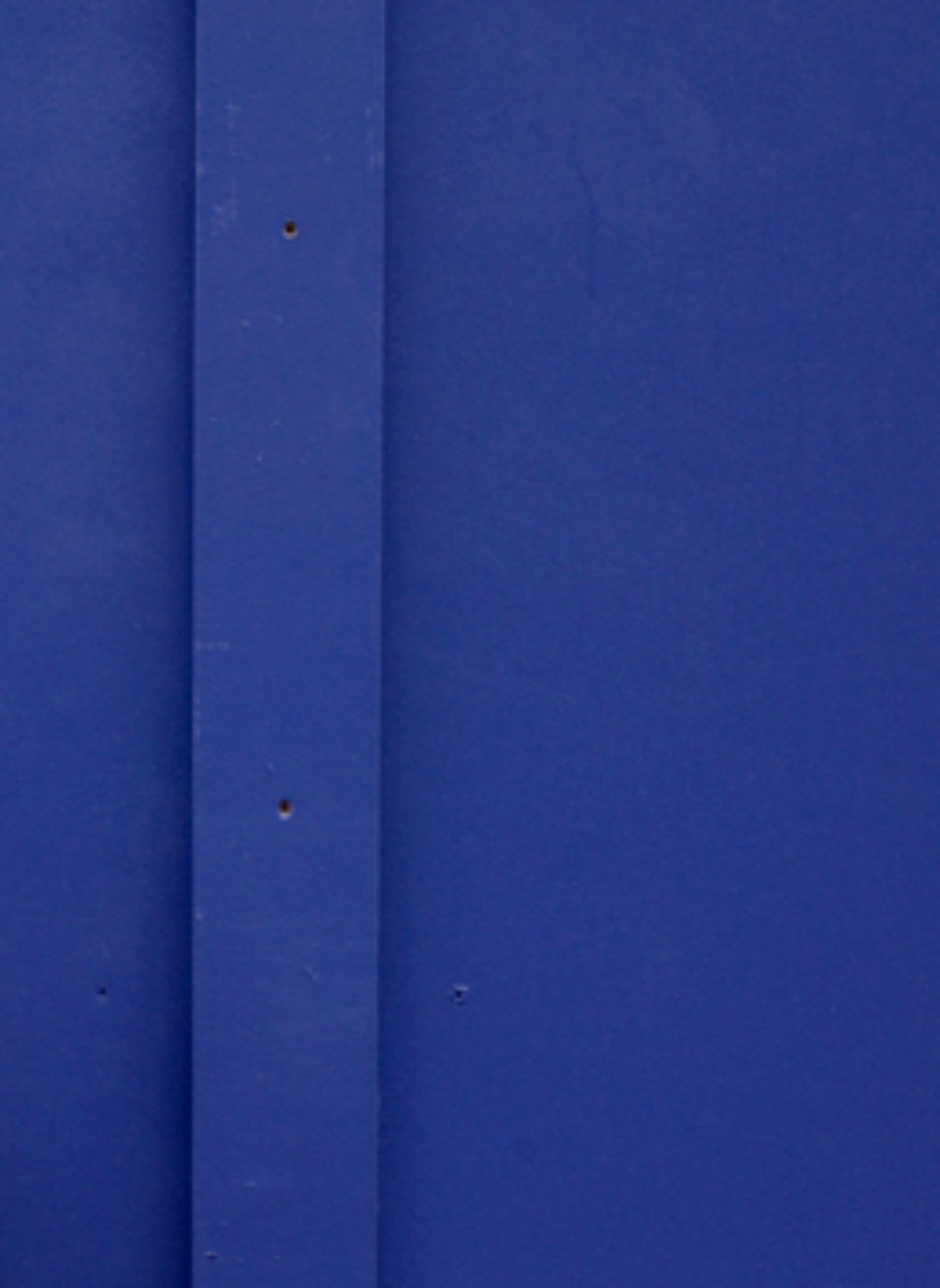 Raphaël Zarka is a French artist whose work addresses the history of skateboarding and skateboarders’ preferred spaces. In February Zarka showed his film Species of Spaces in Skateboarding at Tate Modern and earlier this year his book On a Day with no Waves, a Chronicle of Skateboarding 1779-2009 was published by Éditions B42.

As someone whose work I’ve only recently been introduced to, but have been fascinated by ever since, it is a great pleasure to be able to ask you a few questions. For those who may not be familiar with who you are and what you do, could you tell us a little about yourself, and how you initially became involved with skateboarding?
I grew up in a tiny town between Nîmes and Montpellier in southern France. I spent many years of my late childhood there, dividing my spare time between riding my skateboard by myself and digging holes in the private garden of an old castle nearby. By 1988 I was completely addicted to skateboarding, but living in a small town, I was always apart from the main local scene.

An interest in archaeology made me decide to take art classes in high school, which eventually led me to studying at art school. I was bored with southern France and ended up studying in England, at the Winchester School of Art where I took my BA in 1999. I then moved to Paris to do a Master’s degree at École Nationale Supérieure des Beaux-Arts.

I would say in retrospect that archaeology, skateboarding and art school were the most influential experiences of my life. The combination of these three interests has framed the way I approach things not only as an artist, but as a person in general.

As is clear with skaters of all ages, they have a particular era that they identify themselves with, a period of ‘golden years’. As you have studied the whole of skate history in some depth for your recent book, do you have a certain timeframe that you are most nostalgic for?
Well, I would say the best years for me were between 1989 and 1991. Watching Streets On Fire for the first time (a little after it came out), then Ban This and the H-Street videos. What I loved about this time, which is also rooted in a more general experience of teenagehood, was the sense of community. You would go on holiday somewhere, and be just riding around until you found somebody with a skateboard, and you would hook up for a session with the local scene. This is the era when in the summer in my little town you might see some tourists at the market with Vision or Airwalk shoes and you would go up to them asking ‘you skate right? Let’s meet up this afternoon’. I always was an average skater, and probably around the time that noses grew longer and the first double kick boards emerged, street skating was pretty simple: ollies, grabs, long grinds or boardslides; you were cruising a lot and not spending so much time on tricks.

The second period I particularly appreciate is around 1997. I did not experience it as directly though. I was focusing on my studies and had no idea how skateboarding was evolving. I only remember I came back to southern France over the summer and my friends were doing wallies and wallrides again. To me it felt like the end of the avant-garde logic in skateboarding, where a new trend or style meant the death of the former avant-garde. Suddenly it was like Postmodern skateboarding, switchstance flips then no complies in the same line; the revolution of Eastern Exposure 3 and Welcome to Hell. That’s what got me back on a skateboard! Since then skateboarding has been full of stylistic opposites, but watching Pontus Alv videos and footage of all the DIY spots makes me think there are always great things going on.

The influence that skateboarding has had on the art you make might not be immediately apparent to some people, and the films you showed at Tate Modern recently certainly had more to do with the way skaters interact with the spaces and objects that make up cities, as opposed to focusing on skate graphics or photography. With this in mind could you explain how the experience of skateboarding has influenced you as an artist?
It has influenced my taste or my interest in other artists as much as my own practice. It took me some time to recognise that influence, which I think goes in two directions. One is formal, the other is strategic, or has to do with a kind of methodology. To put it simply, one is about the geometry of the spaces that skateboarding occurs in and around, which is obviously linked to modern architecture and its typological simplification of forms. The second is about looking for the pre-existing, discovering (which shares similarities with archaeology too) and in some cases how these shapes are reorganised in some constructed forms (such as skateparks or skate spots).

I think one of my first loves in modern art was the work of Kurt Schwitters whose Dadaist collages are made out of stuff he found out in the street. Here the question is not about imagination or expression of the inner-self… which is the type of selfish egotistic approach to making art that I tend to dislike. Like skateboarding, the works of art I am interested in involve a relationship between the world and the self; it is about montage and adaptation more than imagination.

The thing is that even if we don’t like it, we are formed, and sometimes limited, by the world, the society, the family, the people we grew up with. When some people reject the intellectualisation of creation, when they feel they really express themselves at a more primal level instead, most of the time, oddly enough, they only express the way they have alienated themselves from the world around them.

As someone who is becoming recognised as an important contemporary artist by major galleries and museums, do you see any distinctions between the way you have approached skateboarding and the approaches previously taken by successful artists whose work is about skate culture?
The answer is almost in the question. As an artist, my work is not about skate culture but about culture-at-large. For me the point is not to bring a subculture to the status of high-culture, I don’t care about that really. The question is about a crossover of contexts.

If you look at things from a certain distance, if you are interested in some forms which are made up of curves and orthogonality for instance, you might end up working with pieces of source material that vary from a skatepark to an early Constructivist sculpture, to an 18th century observatory in India. That is the real subject of my work, the migration of certain forms through spaces and time. How the use and the meaning of things change according to their context.

I suppose you could choose to put to one side my work as an essayist, which encompasses the texts I wrote about skateboarding and the film I edited from skateboard videos that you mentioned before. With this body of work my aim has been to try to understand skateboarding better. It is something I started doing for myself, and was a project that occupied the hours and days when I was not working on a show.

I suppose there is something more pedagogical about this kind of activity, more scientific in its method of analysing, compiling and categorising different aspects of a practice. Here the method and the result might have some parallels with the writings on cities produced by Michel de Certeau, Mike Davis or Bruce Begout. I also think the fact that I am an artist working in the field of sculpture has had an impact on the way I approach things in these texts and films. Also for people who know my work from museum and gallery spaces, it does give some elements or some clues that might help people to understand it or at least where some of it comes from.

With the recent emergence of skate plazas, how do you see this affecting the future of street skating, given that on the one hand these constructed environments allow for a kind of user-friendly version of street skating, but also run the danger of replacing it entirely?
I don’t see any danger. Firstly because I don’t see survival as an important issue. There will be street skating as long as there is a desire to do so. That’s one of the first rules of taking part in a game: free will. If the street-plazas were to be the end of street skating it will not be because of these spaces, but because skaters will only be interested in tricks and not in finding spots anymore. Street skating always existed as an outlawed activity and will only ever be tolerated at best. Maybe I once believed that municipalities should understand what skateboarding is all about and let us skate and whatever, but actually, skateboarding is about friction. Skateboarding does not give any answers but it definitely helps form some questions about the spaces we live in and the way we live in them.