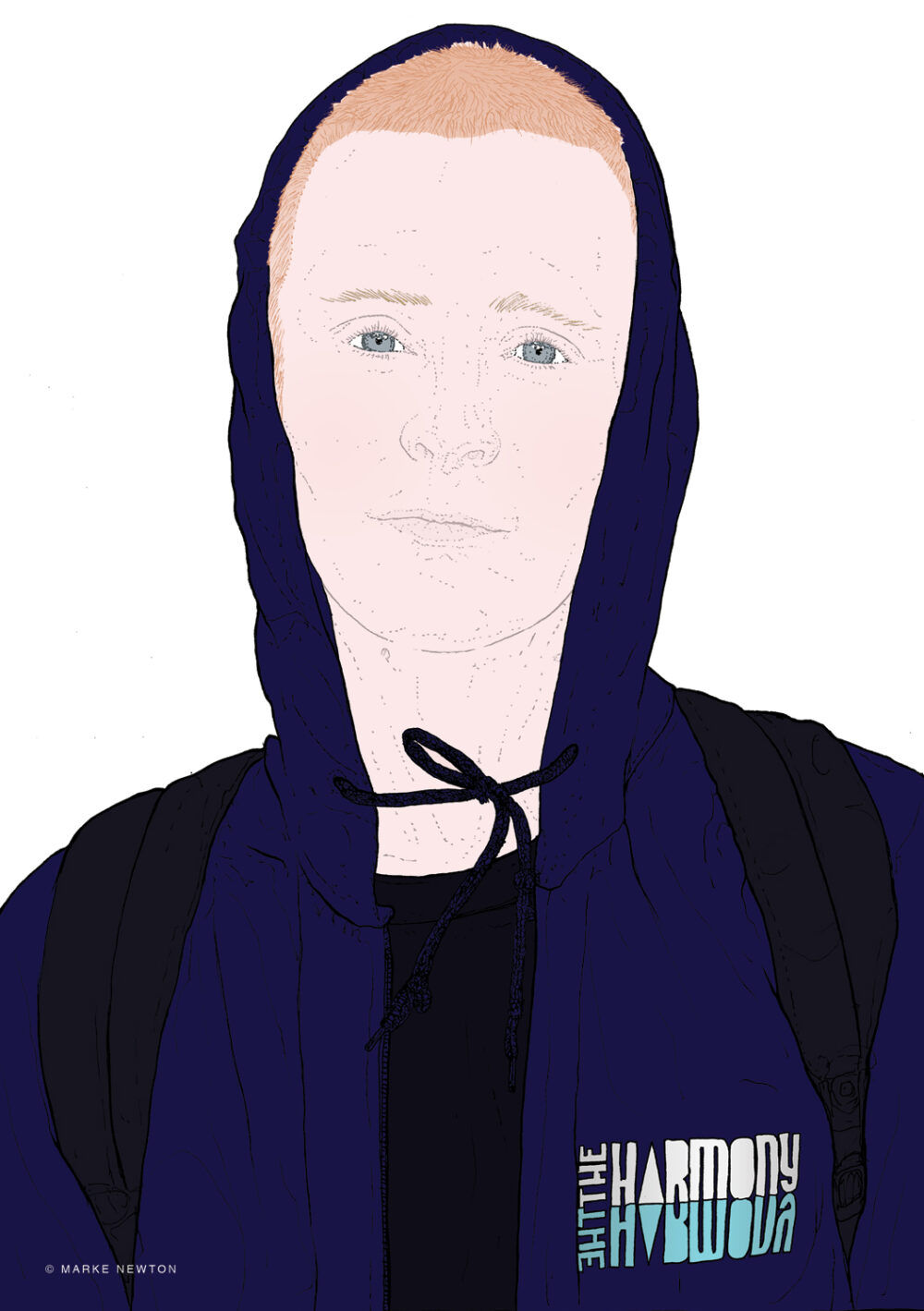 Who are your sponsors?
I ride for The Harmony, Pillo Wheels and Stand Up skate shop.

How did you get sponsored by The Harmony?
I knew Ali (Drummond) a little bit from skating and filming around London and I think Luka (Pinto) put in a good word for me. I’m stoked because I’ve been into the graphics, team and edits for years. I’m glad to be a part of it.

Where did you grow up?
Twickenham in south-west London.

What keeps you in the same area?
Friends, family and the fact that I can’t really afford to move out at the moment. I enjoy working part-time and having lots of time to skate and paint – just scraping by – rather than spending all my time working and having no free time. I do want to move out in the near future though. Maybe I’ll apply for a student loan and go to university somewhere next year.

How did you meet Luka Pinto?
I met him a few years ago when me and some friends were walking over Kingston Bridge after skating the park. He had just moved over from Jersey to study at Kingston University. We invited him for a beer by the river and he quickly became one of the dogs.

Have you ever visited Jersey to skate? How is the scene down there?
Yes, I went in October to see everyone and get some last minute footage for the Pillo video, Conexiones. Jersey is sick, there are some cool spots, really beautiful beaches
and good parties. It also has slightly better weather than here. The skaters are really cool too; they have a really good eye for spots. They all get inspiration from each other, but there is such a variety of styles, a bit like Wu Tang. 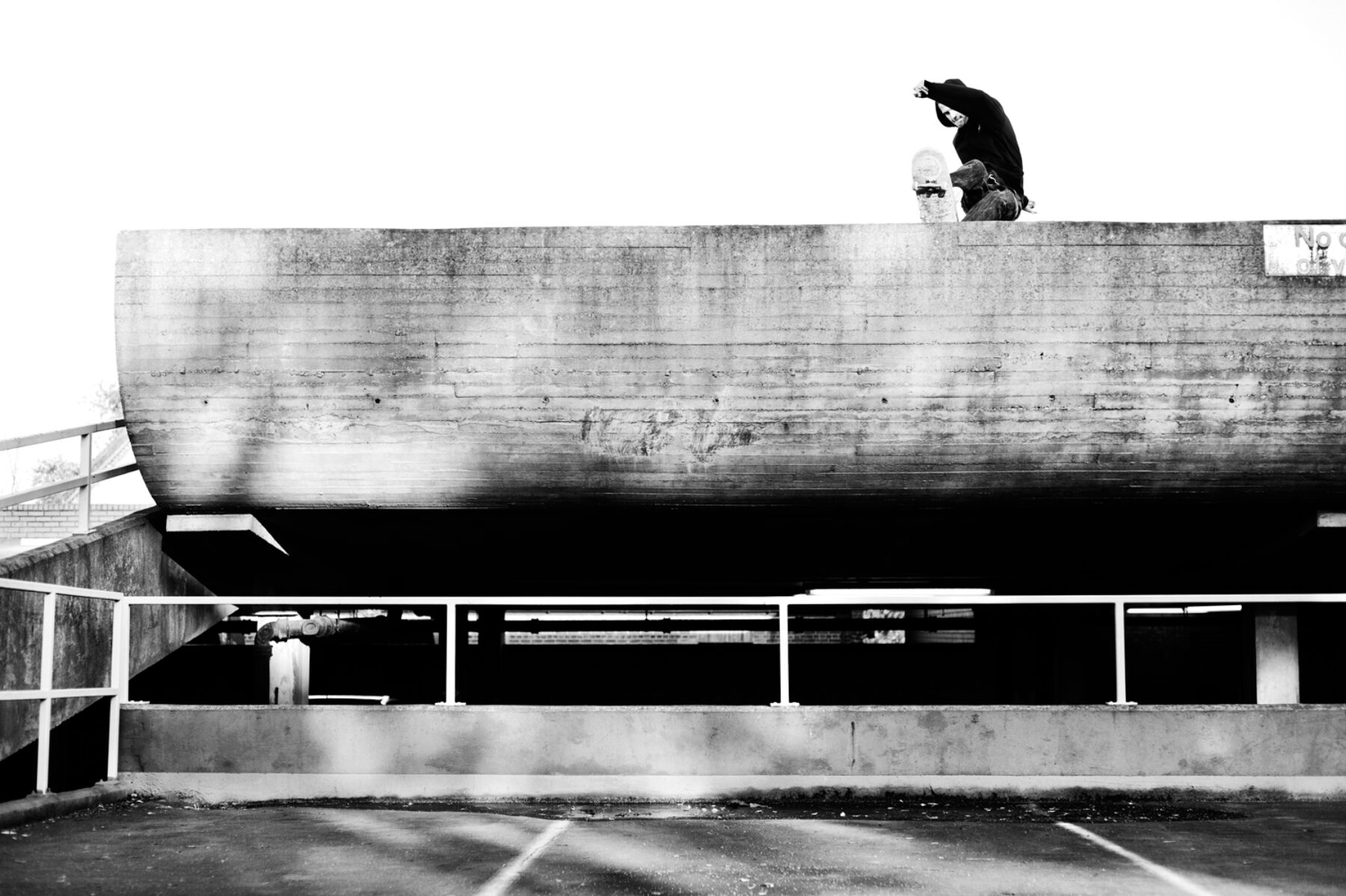 Who is your dad?
My old man is the comedian Milton Jones. He tells jokes for a living. We do have a laugh.

How is his career going?
He has been working hard at it for over 20 years and he’s been getting a bit more television coverage recently. At the moment he’s coming to the end of his 2013 tour. It is still quite surreal to see him perform and see all these strangers laughing. I like it when someone heckles and he knows exactly how to shut them down. That applies both onstage and offstage.

Have you ever considered trying stand-up?
It has crossed my mind in the past, but not seriously. I think I would probably just freeze onstage or get the jokes mixed up. 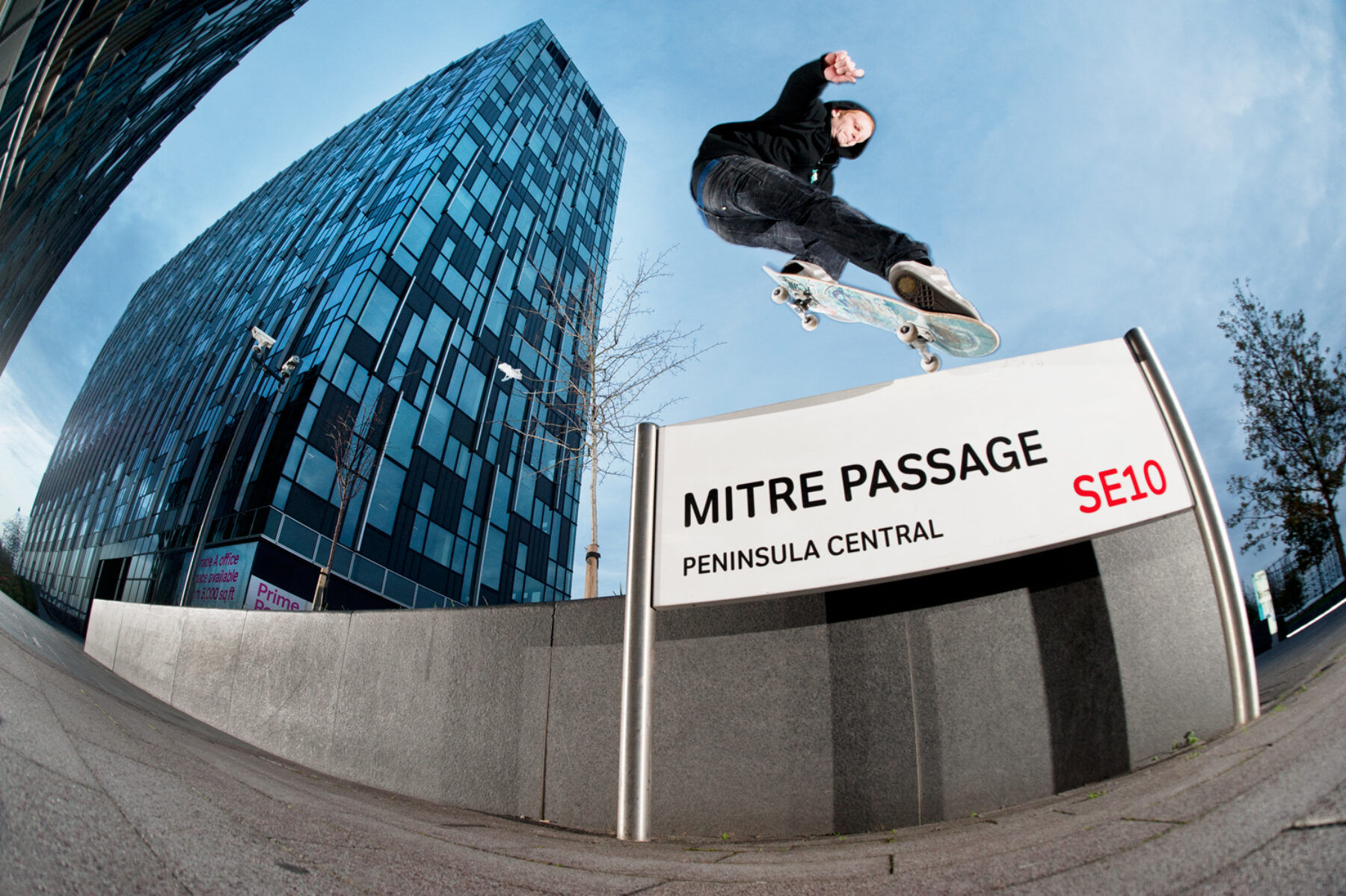 Who are some of your favourite up-and-coming skaters in London?
All the people who keep it real and fun: Jason Caines, Chris Barrow, Justin Calder, Blondey McCoy, Lee Jethwa, Kyron Davis, Alex Lally, Doug Parmiter, Marcus Adams and Domas Glatkauskas. The list could go on.

You spend a lot of time at Kingston skatepark. What’s the appeal?
The fact that I can cycle there in 20 minutes is handy, but I’ve been going there since I started skating, when all the ramps were made out of fibreglass and a very wise man named Steve was the park keeper. One day at the old park a kid got a few fibreglass splinters because he tried to slide down the funbox on his belly and his mum went nuts and got the park shut down somehow. It’s very different now because it’s made of concrete and astroturf. There’s also a new park keeper who behaves like he’s a bouncer at a nightclub. The old times were good, but I still like to go there because of the people… and the new park has some good bits to skate.