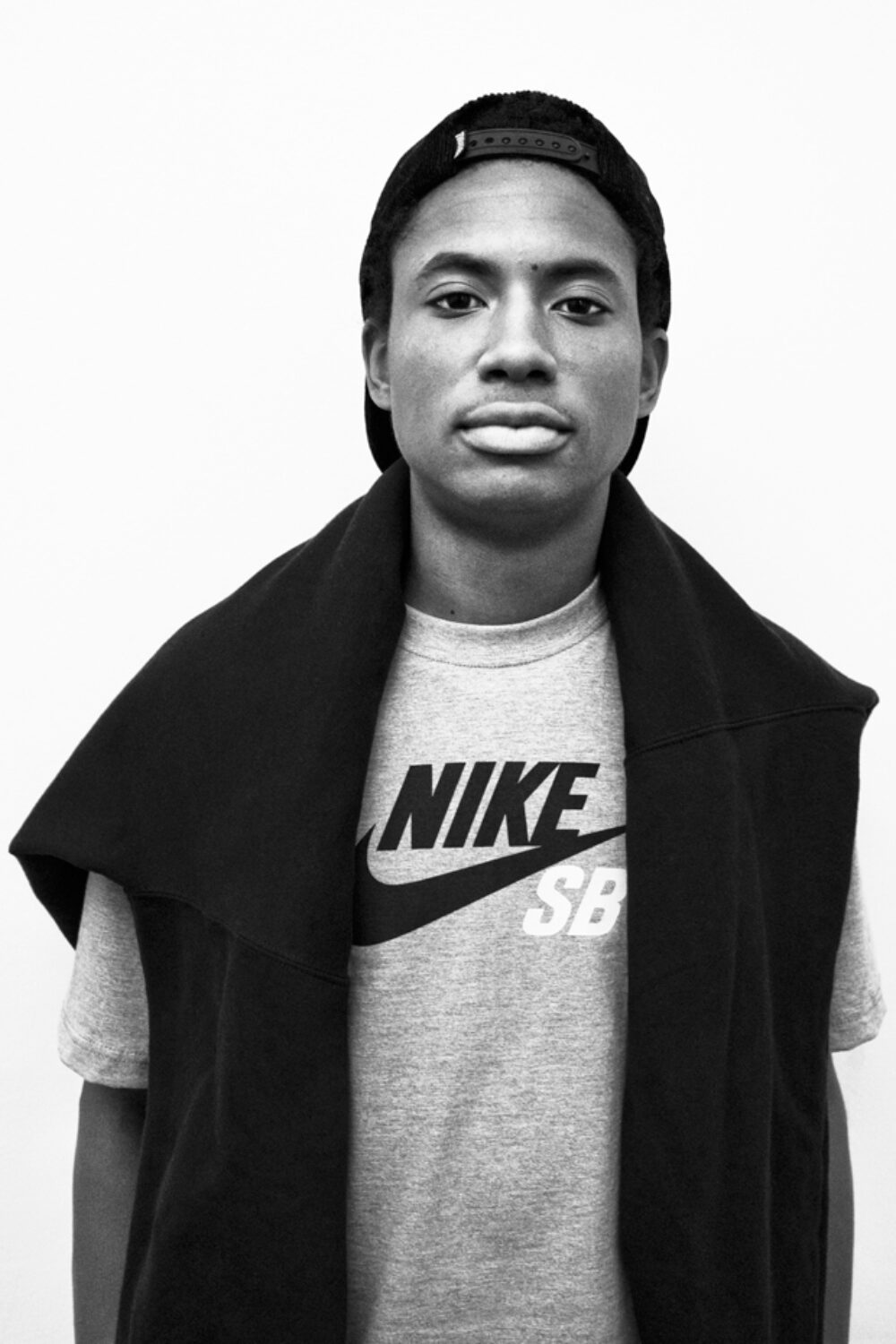 Grey was invited to Paris this weekend for the premiere of Nike SB’s Chronicles Vol. II. We were lucky enough to catch up with newly crowned Thrasher Skater of the Year, Ishod Wair for an interview.

How would you best summarise 2013?
A lot of skating, meeting a bunch of people… a lot of good shit happened – pretty much what I’ve been doing my whole life, but just travelling way more.

What are some of your best memories from the year?
When we went to Barcelona for Street League, then we also did a trip out there after the contest was done. There were so many people out there and everybody just went out together and raged, then we’d go out and skate the next day. It was sick. The spots in Barcelona are awesome.

What was your favourite video part from 2013?
That is a hard one. There was so much that came out. There are a bunch of parts that get me stoked. I watched Kevin Bradley’s part from the Cliché video (Bon Voyage) a lot – that part’s tight, and Sammy Winter’s. I watch that video a lot. The Deathwish Video… Walker Ryan’s part in that Transworld video (Perpetual Motion) was pretty sick. The Element Europe video (Hold it Down) is really good too – I like Jarne Verbruggen’s part; he’s sick.

You have had four solid parts out this year. How do you go about working on multiple parts at once? Do you just film and divide up footage after, or do you have specific ideas for different parts?
I kind of just film and see what happens… except for the Nike video (Chronicles Vol. II), because that was already planned. With everything else, I was just skating. It wasn’t like I was thinking, “I’m going to do this trick for this part.”

Who has your favourite part from Chronicles Vol. II?
Probably Donovon (Piscopo), he has first part. He puts together sick lines – which I really like – and he has a really good style. Every time I skate with him he’s learning new stuff. He’s a good dude.

Your FourStar part seemed to reference late ‘90s/early 2000s Love Park. Who are some of your favourites from that era?
Stevie (Williams), (Josh) Kalis, (Anthony) Pappalardo… they were probably the dudes. Oh, and (Brian) Wenning too. Wenning was crushing it, dude. He was the man.

Who should people look out for in Philadelphia these days?
Kevin Liedtke, Joey O’Brien, Justin Adeniran… They’re pretty young. Liedtke’s 18 or 19 now, but the other ones are younger. There are a lot of kids that are getting really good.

How easy is it to skate Love Park these days? Is it a bust at all anymore?
It’s weird there. It’s only OK at certain times of the day. At night, the cops are off duty, so that’s when people skate there. And there is this new skatepark, Paine’s Park. It’s pretty close to Love, so it’s reduced the traffic there a lot and the cops aren’t as hot on skaters.

Did you skate Love Park before the ban, or did that happen before you started skating?
I started skating in the late ‘90s, but I wasn’t skating at Love back then. It feels like it was a long time ago when you couldn’t skate there. I switch flipped it five years ago, and you could skate it back then, even before then, probably seven or eight years ago. I skate there quite a lot, but I don’t usually film too much there.

Is there a scene there today?
Yes, a lot of people skate there. Not too many videos from Love come out, but there is a big scene there. A bunch of people travel to skate there too. On the Sunday before they put Christmas Village up, when the fountain is drained, there will be 100 skateboarders there from all over.

Trying tricks into the fountain?
Not just that, people are skating all over the place. It’s pretty gnarly.

What’s the best trick to have gone down at Love?
The switch frontside heelflip Tom (Asta) did into the fountain was pretty fucked. Oh, this dude I know, Ian Smith – he’s gnarly. He did switch pop shove-it. I feel like that’s a hard one to carry, and going that fast… It was so sick; he was just floating. He did backside bigspin too.

Do you think it’s better for kids to learn to skate somewhere like Love Park than at a skatepark?
Yes and no. I grew up skating a park a lot because of the winter. Once it got cold, you’d just go to the indoor skatepark all the time and I feel like I learned a lot of tricks from just having somewhere to practice, trial and error, just seeing what’s good. But at the same time, it’s good to get out there and skate spots. You saw what came before skateparks, people just shredding Love, you know. I definitely think skateparks really help kids learn shit, but go skate outside too, please! Don’t just skate in the skatepark.

You are very accomplished at both stylish ledge/flatground skating and the bigger stuff. Which do you prefer to watch?
It depends. It’s more a question of who. Dennis Busenitz is gnarly. It’s sick just watching him go. Josef Scott Jatta, Wes Kramer…. he is is one of my favourites. Who else? Daryl Angel’s got a really good style; everything he does is pretty clean. Shane O’Neill… everybody is sick these days.

What’s next for Ishod Wair?
I’m getting an apartment in LA. I’m just going to go bi-coastal, so when it’s cold out, I’ll just go to LA.

Are you working on any new parts?
There’s a good amount of footage that Jason (Hernandez) didn’t use in the video (Chronicles Vol. II), so I guess I’ll just add onto that. There’s also some stuff my friends have that they didn’t use, just a couple of things…

So you might have a new part out quite soon?
Yes. I was actually hurt towards the end of filming (for Chronicles Vol. II), so I couldn’t even get the tricks I wanted, my enders.

It didn’t look that way.
Thanks. That backside smith I did, that was the day before I got hurt. I started trying to do all this gnarly stuff, did that backside smith then the next day I got broke off skating this little seven-stair rail, just messing around. I fell on my lower back, pulled a muscle and it was terrible for two months. I fucked up so badly. I couldn’t do anything for the first three weeks. I couldn’t have sex, dude.