We caught up with Lizard King while he was in London with the Supra team last month to discuss his new shoe the Shredder among other topics.

How has the tour been so far?
It’s been super fun but everyone keeps getting hurt. It’s weird because we normally have so many people with us. It’s hard when you have fewer people.

There’s more pressure on the remaining people.
Yes, there’s more pressure to do shit. I didn’t think we were going to be doing demos and stuff and now we are. It’s on us now (Lizard, Erik Ellington and Lucien Clarke). Dee (Ostrander) tore his shoulder, Pat’s (Rumney) coming back from his concussion, I fucking smashed my hip skating this hubba – it’s not going down, I have all these chunks of shit in there. But the tour is going good. It’s easier in a way when there are fewer people. There are fewer opinions to deal with, so it’s easier to travel. But I feel like with the whole team there’s more shit going on.

There was a big crew when you guys came over four years ago.
There were 18 people, it was fucking insane. It was fun dude. It was pretty crazy. It was like being with a bunch of rock stars or something.

It seems like on this trip you’re spending more time in each city.
Yes, it’s nicer like that. Sometimes I feel like we’re cattle or something, being herded from place to place. This time we get to hang out.

You can unpack.
Yes, which is funny because I have the least amount of shit. Before this trip I’d just gotten back from vacation, so I just grabbed my bag out of the car from a trip three months ago that I hadn’t unpacked. I just brought all this dirty shit. I ended up leaving most of the clothes in Paris. 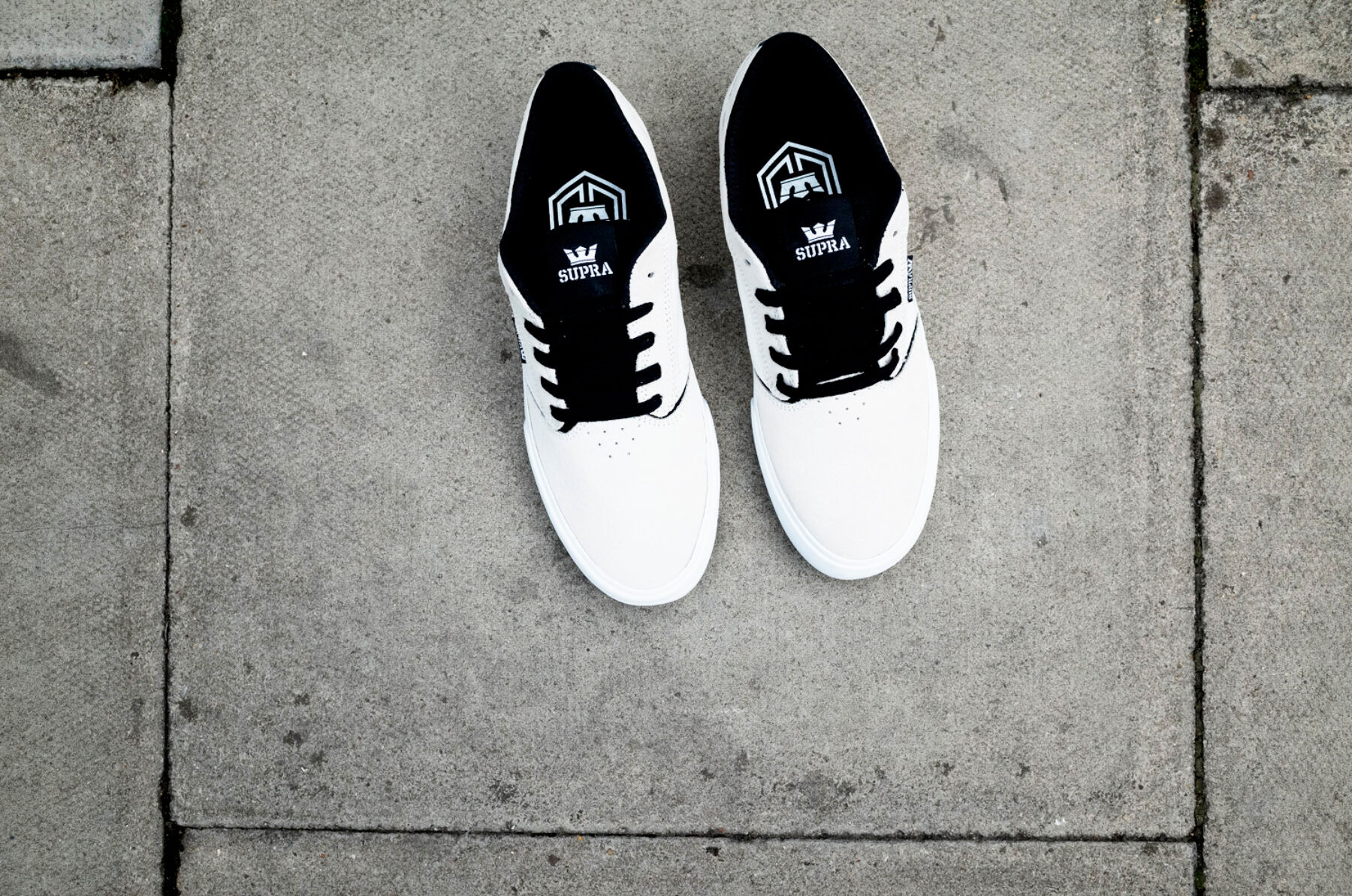 Tell us about your new Supra shoe, the Shredder. It’s inspired by your dog, right?
Yes, by my dog Shredder. He got hit by a car, which sucked. It’s just the most simple fucking shoe on the planet because I guess when it comes down to it, when you’re skating you don’t want anything really. You just want something to cover your feet. I mean look, you’re wearing Cons, there’s nothing to those, they’re the most simple shoes. Holes for laces and it covers your foot… The Shredder is just made to shred in… or hang out in I guess. It’s just casual as fuck. Nothing to it, super simple.

When does it come out?
I don’t even know (laughs). Soon though. They’re good. I actually really like skating in them.

Erik (Ellington) was saying he’s pretty involved in the design process. How much input do you have?
I just kind of throw some ideas out there, they show me a drawing and I’m like, “Yes” or “No”. I guess I’m a more carefree person. But if I didn’t like something I’d say so. I guess in the long run I did have a lot of say in it, but I wasn’t in there cutting up materials or anything like that.

Are you happy with the outcome?
Yes, they’re all I skate. A lot of Supra shoes are kind of round, but these are a little more pointy. I like pointier shoes for kickflips and shit.

Aside from the shoe, what have you been up to recently? Are you working on anything specific, a video part or anything similar?
Yes, we’re working on a Deathwish video and also doing some Supra shit. I’m just trying to skate. I had a baby and she was in the hospital for a while. I ended up having to fly home from the Supra European tour last summer because she was sick. She was in the hospital for three months. For the last year it’s been kind of like, skating, then no skating, skating, then no skating.

How is she doing now?
Now she’s good, which makes skating a lot easier. Before, I couldn’t really wrap my head around skating. I was more focused on her. I just wanted her to be OK. I think everyone thought I was quitting skating or something. It takes a lot of brainpower, a lot of concentration and I couldn’t fucking focus.

Which are some of your favourite cities in Europe?
I like London. I like Paris. Where else have we been? It’s funny: we’ve been all over the place and most of the time I don’t even care… Oh I really like Spain too. Madrid is dope, just rad spots, good ground. This place (London) is a little rougher, I kind of like it.

How does skateboarding in Europe compare to back home? Do you see a lot of kids in the US with ambitions to be contest skaters?
Yes, they start out as robots. Skateboarding used to be so punk rock and it was its own scene and then these brands like Nike got involved and now there’s Street League and all that shit. I feel like it’s made skateboarding into a different thing to what it was, to what I think skating is. But it’s cool to know that no matter what, the scene that I’m a part of will never die. The hesh skateboarder’s skateboarder will always be there. That scene will always be a part of skating, but yes, there’s a fuckload more robot-type skaters now. 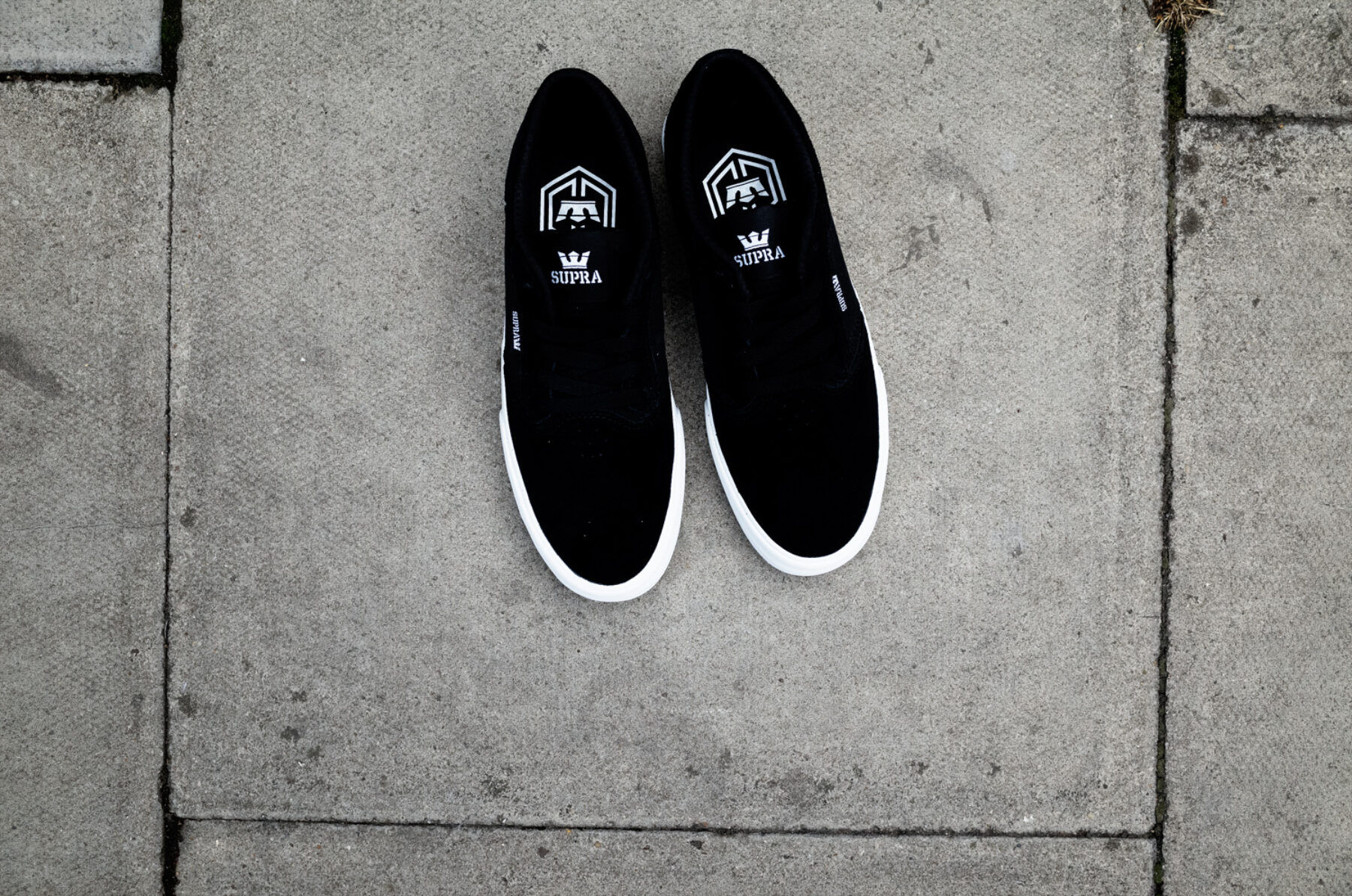 Do you think kids see skateboarding as a viable career now, with big money contests?
Yes, I think for a lot more kids, that’s all they want. I always wanted to be sponsored, but I don’t think a lot of people thought of it like that. I just wanted it to be my job because I didn’t want to do anything, I just wanted to have fun. I think kids now are like, “I need to get on Redbull and I need to be on the Dew Tour and in Street League,” and they train for contests. I was just fucking skating. If I got the opportunity to go to a contest then fuck yeah, I’d be stoked and I’d go and skate and if not, who cares, I was still skating.

Have you ever been to any of these big contests?
I’ve been to the Maloof Money Cup and the Dew Tour. They’re fun as fuck. I’ve done alright in some of them. It’s cool watching people rip so hard.

I actually went to Street League in Barcelona recently. It was pretty crazy.
It’s nuts. The level of skating and the consistency, it’s stupid. They just train, like practice, practice, practice… I’m like, “Give me a beer and something to jump down”.

Evan Smith is good to watch.
He’s the best, dude. That’s what’s funny. Those other guys are stiff and weird then you see Evan just flowing and ripping, smiling, having a good time. It’s cool that there are still kids like that. Not that those other guys don’t shred, but sometimes I feel like they’ve turned the gnarliest thing into the dumbest thing. Like, “You’re dumbing yourself down. Save it, make it so it’s cool instead of trying to be so consistent.” Now young kids think that a trick like a back 360 kickflip lipslide – the hardest trick on the planet – is something they need to be able to do. I’m like, “Fuck that”. Not that I wouldn’t ever want to do one, but realistically I’d have to be on a good one (laughs).

Do you think it’s cool that a lot of people who don’t skate are spectating?
I feel like all this is making skateboarding almost too well known, stealing from it. I think this makes it harder for us, actually. The people spectating are looking at it differently. In their minds, skating is at a park. So when you’re in the streets they look at you like, “What the fuck are you doing?” Like you’re in the way. In the States, cops are fucking assholes. Over here, they’re more relaxed. Most of the time they don’t even say anything unless someone really is bummed about it, which most people out here aren’t. They don’t really care. Out there (in the US) it’s like, “Get your hands out of your pockets”, like you’re in prison and you have a shank in your pocket or something. It’s a different world out there.

You mentioned earlier that you feel like you’re on tour with a bunch of rock stars with Supra. These tours certainly look quite ostentatious from the outside looking in, with lots of parties and month-long residences at the Ace Hotel for example. What’s the reality?
It kind of depends where you go. When you go to China and places like that, thousands of people show up and it’s a little intimidating. Mexico too. It’s crazy. On trips like that you’re like, “I made it. I’m dope.” Then you go back to California and a little kid sees me and he’s like, “Fuck you, you don’t got shit.” Back to reality! Maybe in your head sometimes you think you’re this famous, cool guy but really you’re fucking nothing. Look at a musician or someone like that, they touch millions of people. Skateboarding is not on that level, although it’s slowly getting there I guess. I feel like the next generation, or the next generation after that might be crazy superstars. People like Nyjah (Huston) are driving around in $200,000 cars already.