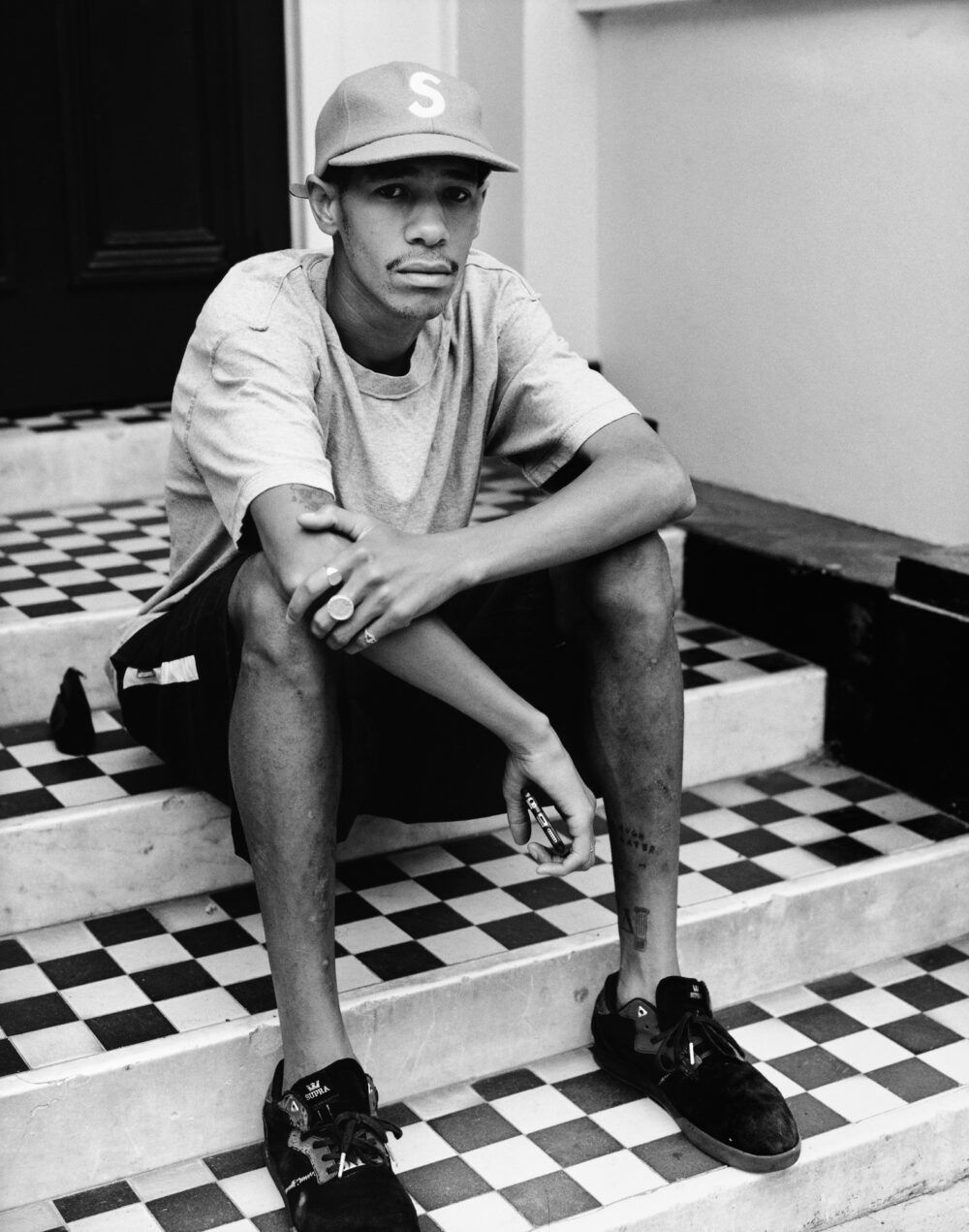 In advance the launch of his new Supra Quattro PWBC colourway tonight in Shoreditch, we caught up with Palace professional Lucien Clarke for a chat about social media, the Palace video, modelling for Supreme and of course, his new shoe.

Where are you living at the moment?
I’m living in London, between Pimlico and Victoria.

That’s back where you grew up, right? How is it living back at home with your mum?
My mum’s hardly there. It’s usually just me and my brother. I’m away a lot too, so it makes sense being at home. I’ve got no plans to move any time soon. It’s a good situation. It’s nice living with my brother.

How is the Palace video coming along?
Good. We’ve got Torey’s (Goodall) friend Jacob (Jurkiewicz) from Canada out with us every day. He’s over here in London with his girlfriend for a year.

He’s out every day filming?
Yes, filming. And every time he gets a trick he logs it on this piece of paper he has, so nothing gets lost. We just had Mike O’Meally over in London for two weeks. That was really good, just having everyone out skating around London every single day.

Do you know when the video is due?
The filming deadline was meant to be this month (September), but because everyone is getting a lot of good stuff now, I think we’re going to bring it out next year, when it’s ready. Maybe March.

It’s been a while in the making. Your cover of Grey issue 02, which was five years ago, was filmed for the video.
The front blunt?

Yes. They’ve got that footage, right?
Yes, they haven’t lost that (laughs). That was five years ago? Fucking hell.

Yes, almost exactly. Is it still the plan to have London-only footage in the video?
Yes Lev (Tanju) wants it all to be London. Maybe a few bits from outside London, but all of it’s going to be from England. Mainly London, though. 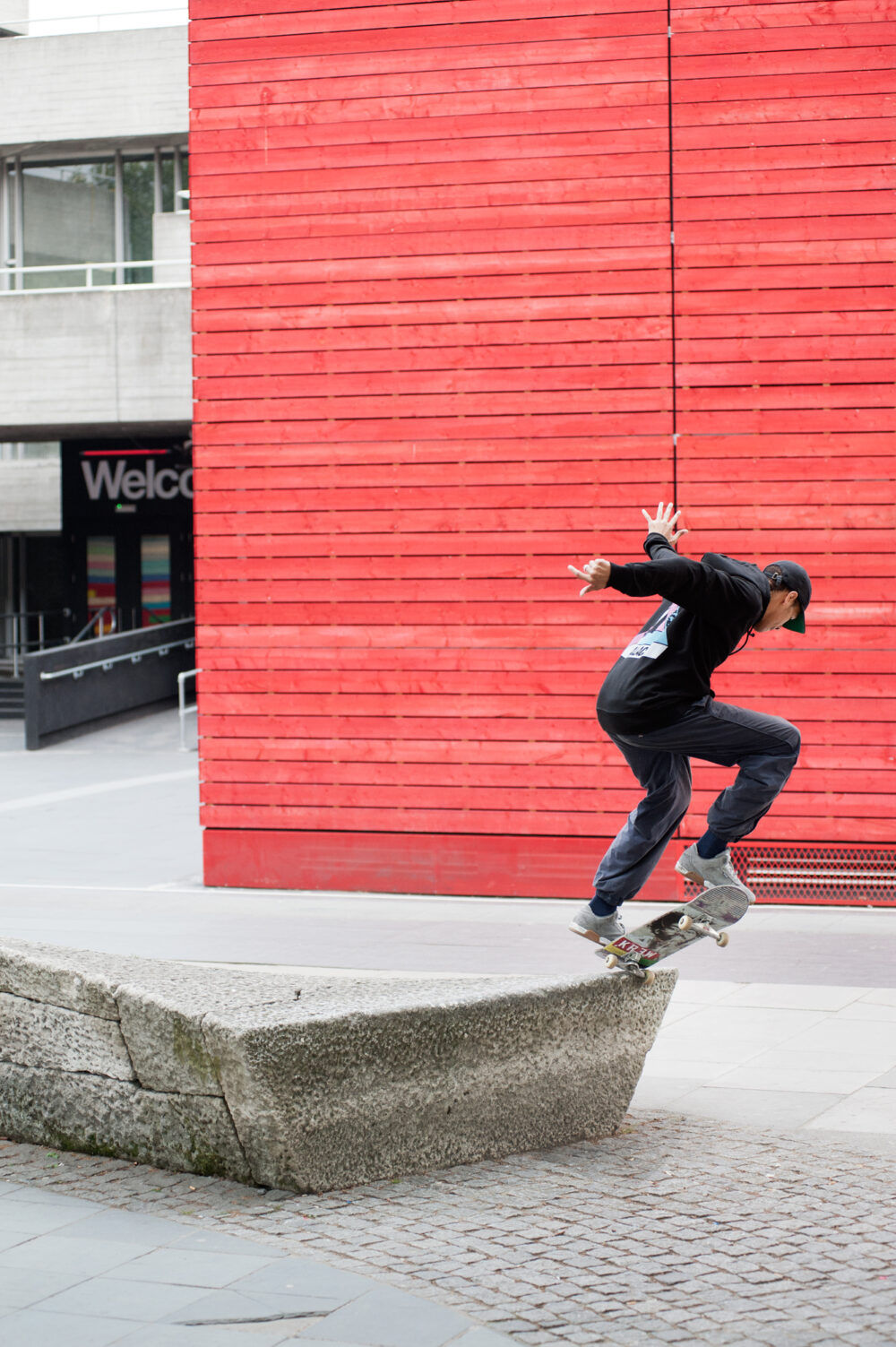 Do you find the London focus difficult? Do you find it harder to be productive in London as everyone has other shit going on?
I suppose so, but if we’re doing trips like the one we just did where someone like Mike has come over, then we’re just on it every single day. Filming in London is good because it makes you want to venture out a bit more and find new stuff.

Are you working on any other video projects at the moment?
Supra is making a video. They’ve got a clip coming out from our last tour quite soon, from Paris, London and Manchester. But everyone has a lot of footage – me, Oscar (Candon), (Tom) Penny, Boo (Johnson), Spencer (Hamilton) – so they’re thinking of releasing a longer video, maybe 20 minutes. Everyone who has enough footage is going to have a full part. I’m excited about that. It should be out soon.

Since we last interviewed you, Palace has grown a lot in profile. Now you have some of the world’s most famous people promoting the brand though social media, ads on the Piccadilly Circus billboards and the flagship shop in Soho. As one of the first riders, how does this success make you feel? Are you surprised at all?
I remember sitting down with Lev and him telling me the whole plan. He was like, “I want to do this for the rest of my life mate. It’s going to be good.” And I know Lev, so when he wants to do something, I know it’s going to be big. I know he’s going to be serious about it. So from the beginning, I always believed it was going to be sick. Really he just wanted to hook his boys up and now that’s a reality. I can’t say that I saw all this shit happening, but I definitely knew it would be a real skate company.

You spend a lot of time in the US. How well known is Palace over there?
I’d say Palace is pretty much known everywhere now, but it’s definitely known in the skate world over there. (Erik) Ellington and (Andrew) Reynolds at Baker Boys Distribution are supporting us heavily, which is so sick. I see a lot of people wearing the shirts and skating the boards. When you see something that you’ve been involved with from day one actually reach out to people over there, it’s fucking sick. It brings a tear to my eye (laughs).

How is the modelling work?
It’s mellow. It is what it is. Loads of travelling. They really look out for me. They’re really good peoples.

Are they working on any video projects at the moment?
Not that I know of. I guess (William) Strobeck does a lot of clips here and there, but I don’t know what he’s working on at the moment to be honest. He’s always got something up his sleeve, though.

How is it hanging out with Jason Dill on those photos shoots?
It’s always funny. Always good stories.

Any skating?
A couple of times here and there, but in Japan, where we do a lot of the shoots, it’s always too fucking hot. It’s too much. We end up just going to the skatepark in Shibuya for five or ten minutes.

Supreme seems to have a much wider appeal these days than it used to. Are you ever recognised when you’re out and about?
Yes, definitely. It’s been like that for a little while now, for a couple of years, but recently I’ve noticed it a lot more for some reason. The probably think I’m Sage (Elsesser) or something (laughs). 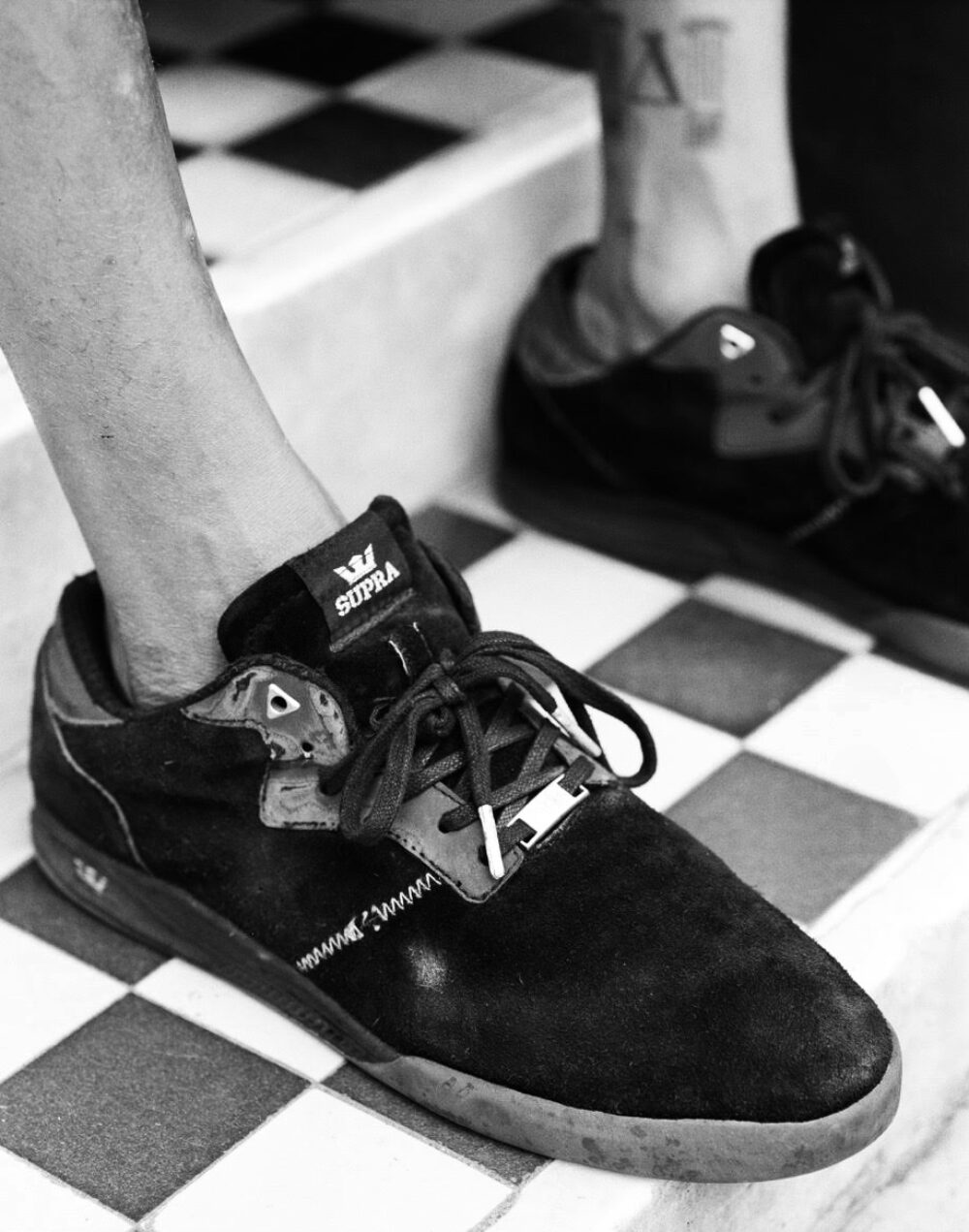 Tell us about your Supra shoe.
They asked me to do a colourway and I was like, “Sick, that’s fucking banging.” I’ve always wanted to do something with PWBC (Palace Wayward Boys Choir, Lucien’s crew in London), whenever I had the opportunity to do it. (Danny) Brady and Benny (Fairfax) did PWBC shoes with adidas and Lakai. I just thought it was the best thing to do, just to represent all the boys.

Is it a colourway, or a totally new shoe?
It’s a completely new shoe, but my colourway is first. They’ll do different colours after, but mine’s extra-stealth.

How closely are you involved in the design process?
Everything, from the sole to the lace tips. Vaughan (Baker) had a lot to do with making that happen, back when he worked for Supra.

PWBC has been around a while now. Is that still your crew in London?
Yes, for life. That’s the boys.

Which up-and-coming skaters in London should people look out for?
There is one… what’s his fucking name? He’s from Hackney.

Kyle Wilson?
Yes, Kyle. He’s really sick. I saw him do a switch front heel over that bench at Southbank. He’s ridiculous. He gets me on a hype when I see him skate.

This is a general observation, but it seems to me that skaters’ sponsors ask a lot more of them these days, perhaps because of the constant need for content. Have you noticed this?
It’s social media. When you get sponsored and they start paying you, they actually expect you to post things. Not every brand, but certain brands actually ask you to do a certain amount of posts. It makes it bait, in a way, when they actually ask you instead of you just doing it because you want to. What I like about social media is that if you put a clip up of whatever you’re doing, just a skate clip of you and your mates, people can see it instantly. They can see what’s going on. That’s the fun part about it. Some of my friends have been told by their corporate brands, “Oh you need to chill out with the weed posts,” and stuff like that and it’s like, “Get the fuck outta here.” It’s your thing, they don’t pay you to post anything.

A lot of your coverage comes from trips. Do you prefer that set-up, where you’re just on a trip somewhere with nothing else to do, or do you prefer skating in London?
It’s just more productive when you’re away, because you’re skating things you’ve never seen before and you’re in another country with all your friends, so instantly that just makes it a bit more exciting. But also doing that trip here with Mike, the Palace trip, that was fun and exciting even though we were skating the same stuff that we have done for years. If you’ve got someone like Mike coming over – a legend – there’s more motivation. So I suppose I like both.

Do you have any plans for after skating?
I’ve been thinking about that, but I’m still not making any plans to pursue anything else at the minute. I’ve got things in my head. It’ll definitely be creative in some way or another. That’s all I can say right now.