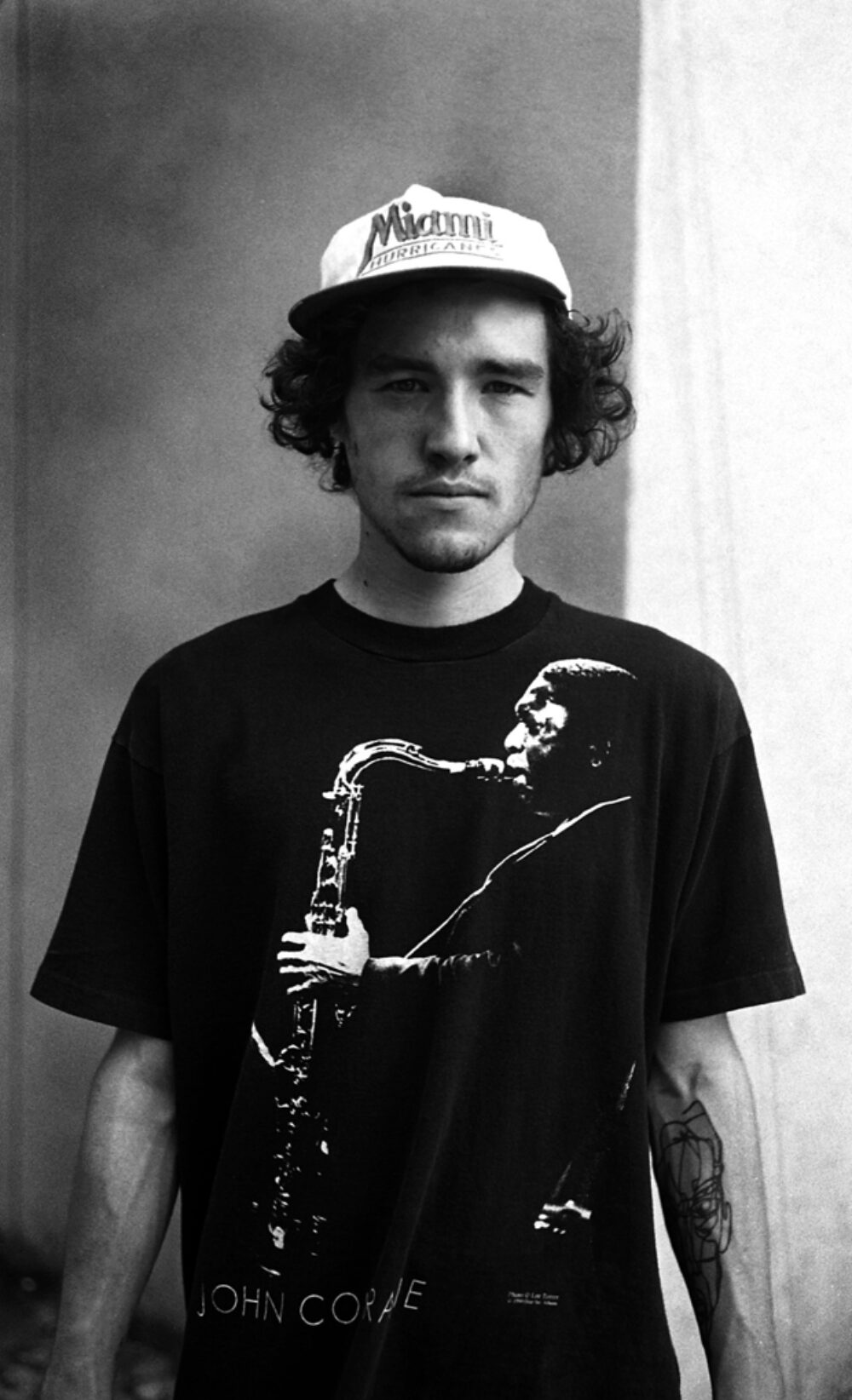 Eleventh Hour, the independent video by Jacob Harris and supported by Lakai, Fourstar, Slam City Skates and Isle, will be in shops very soon. We caught up with DVS and Pillo rider Luka Pinto, who has first part in the video, to hear his thoughts about the project and about skate videos generally.

How did you become involved in the project?
I met Jacob at Stockwell skatepark and he told me was up for filming me that summer (2012), after he’d finished his degree. At this point I didn’t know about the project. I had dropped out of my filmmaking course at university because I didn’t enjoy it, so I had a lot of free time. Anyway, I just gave Jacob a call and we went out searching. The first time I filmed anything was one night with Jeremy (Jones), Tom Knox and Kevin Lowry. I filmed the line with the 180 over the bin at Piccadilly Circus and we met this tramp at the end of the line who gave me props.

Can you talk a little about working with Jacob Harris?
He gets really close with his VX1 and he told me not to worry about the lens as that’s his problem. His reactions are fast and I don’t ever remember his lens getting hit or him fucking up the filming of any tricks. Also he’s not afraid to say when he thinks something won’t work and when he is into something – which is the majority of the time – he is really passionate and excited about it, which always helps give you the motivation to get shit done.

You’ve managed to film a full-length part while spending most of the last year living in Jersey. Did you feel a lot of pressure when visiting London and on trips for the video?
No, not really. I didn’t even know I was filming a full section until I went to Lyon last summer. It’s been mellow, just hooking up whenever we both had free time in London. Since moving back to Jersey last September, I’ve been back to London for a few long weekends, staying with Jacob or Jeremy. I like it when we just stumble across temporary spots, like roadworks and movable traffic blocks or just working out fun routes for lines. I love long lines.

How come you don’t have any tricks from Jersey in your section?
All the footage I’ve filmed in Jersey is going towards the Pillo Wheels video, Conexiones. This will feature lots of footage from Murcia in Spain. I got my own VX1000 not long ago, so I have been filming Jeremy in London and Bristol. We’ve also got footage from Bordeaux, Lyon and Dublin. It’s spiralled into quite a hefty project. I can’t wait to get it all together and celebrate all the memories with people we’ve met through skateboarding in the last couple of years.

Can you talk a little about skateboard videos, and their importance in your life as a skateboarder?
I remember being ecstatic about skateboard videos as a kid. At the age of 11 or 12 I was involved in a Jersey scene video called 11:55 and from then on skate videos have been the main focus in my life: the spots, the filming, the editing, the music, all the weirdos you see while spending so much time hanging out on the streets. I just love the process of getting all the footage together and having it there as a collection of memories from that point in your life.

What skateboard video has had the biggest influence on you?
Maybe Welcome to Hell. I remember wearing that out when my stepdad bought it for me for Christmas when I was about 10. It’s a proper crew video. My favourite parts were Mike Maldonado and Satva Leung: powering through crusty spots, wallrides, bombing hills and huge backside 180s. Maldonado’s boardslide no comply out on a rail was incredible. Also I love all the street shit: the dude taking out his glass eye for the camera, the guy skating with no legs and people kicking off… It had cool music too. That video was fucking amazing.

Do you agree that skateboarding should be presented as a full-length video, in the same way that music should be digested as albums, with tracks listened to in the order intended by the artist/s?
Yes, for sure. When you watch a skate video you want to see everything. The internet has fucked up the way people appreciate and watch skate videos and I’m sure it’s opened up skateboarding to a load of tools using skateboarding as a way to get money. But fuck them. If I ever click on some generic shit where the people clearly have no passion about what they are doing, I just fuck it straight off and don’t even bother wasting my time. It was always sick when you had to wait a few months or years between seeing new footage.

But at the same time it has allowed us to see a lot of incredible skating that we might not have seen otherwise: Derm’s part from In Crust We Trust, scene videos from the other side of the world or just older shit from before our time that we can now watch and appreciate easily. 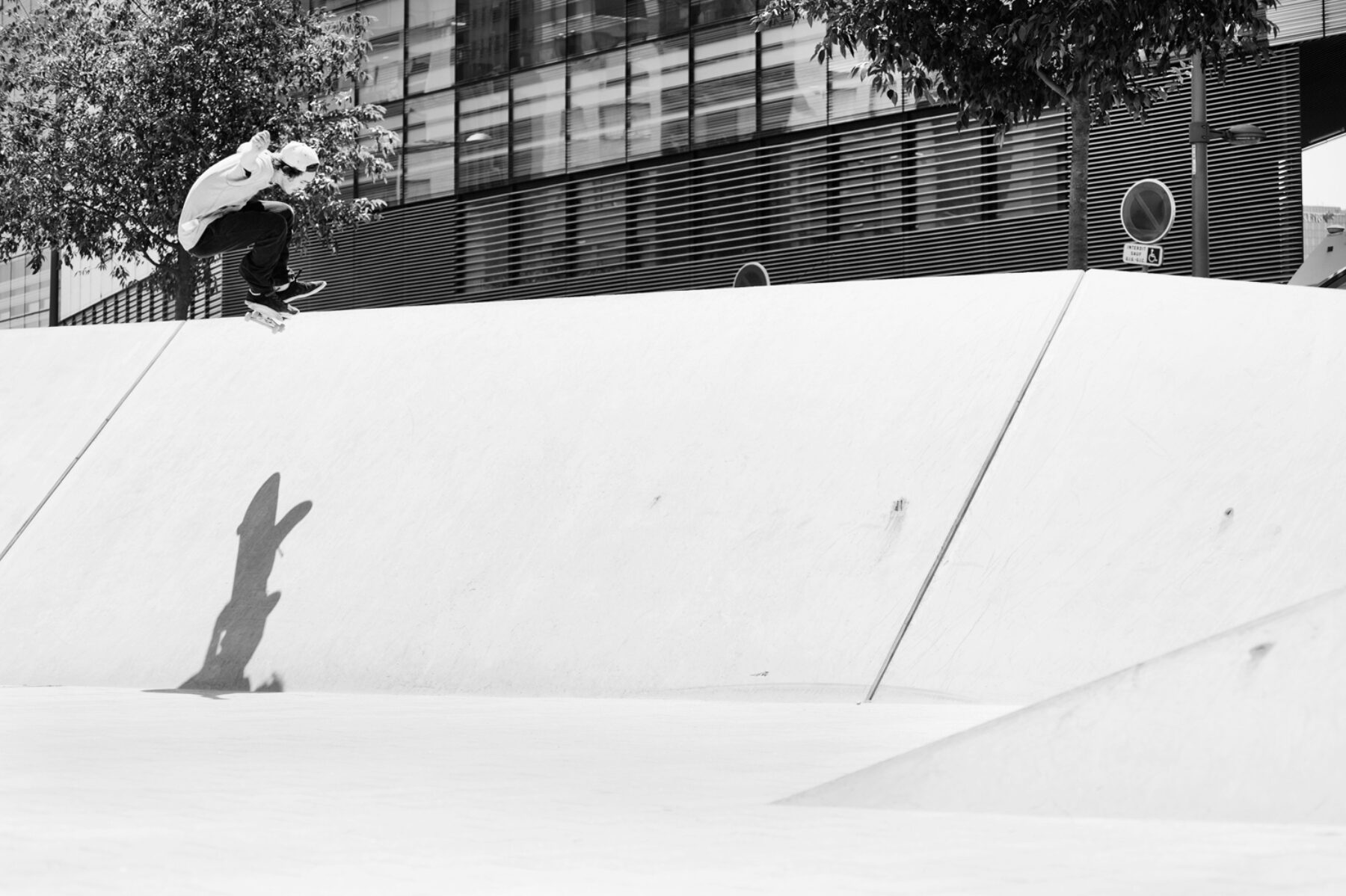 How do you feel about the project changing from The Grey Video to an independent video last minute due to issues with sourcing music?
It’s fair enough really. Jacob wanted the freedom to edit to whatever he feels works best.

What would you change about your part?
I don’t know… nothing. It was fun to film.

Who has your favourite footage and why?
Everyone is amazing. I have really enjoyed hanging out and skating with Kevin. He’s so on it, always scoping out untouched spots. He doesn’t drink or do drugs, so he is really on point and motivated. No one has a style like Arthur (Derrien). He’s a really small man – the size of a 13-year-old – but he has a beard, solid ledge manoeuvres and nice swerves. Dan (Clarke) is almost the opposite: massive feet and body and a clumsy style sometimes, but I love it. Chris Jones is always chilling. Dom Henry has some sick lines, a diverse range of tricks and he is always so keen. Every clip of Jason Caines is unforgettable. There is always something other then just the trick with him: the mad arms, laughter or just the sheer hectic energy in his movements. And Sylvain (Tognelli) is the man, hitting up that weird shit, crazy obscure spots and obstacles. I love the footage of the wallie onto the car, followed by backside 180 off. Jacob told me it was in a fire brigade training ground where they have loads of old vehicles to set on fire and practice putting out.