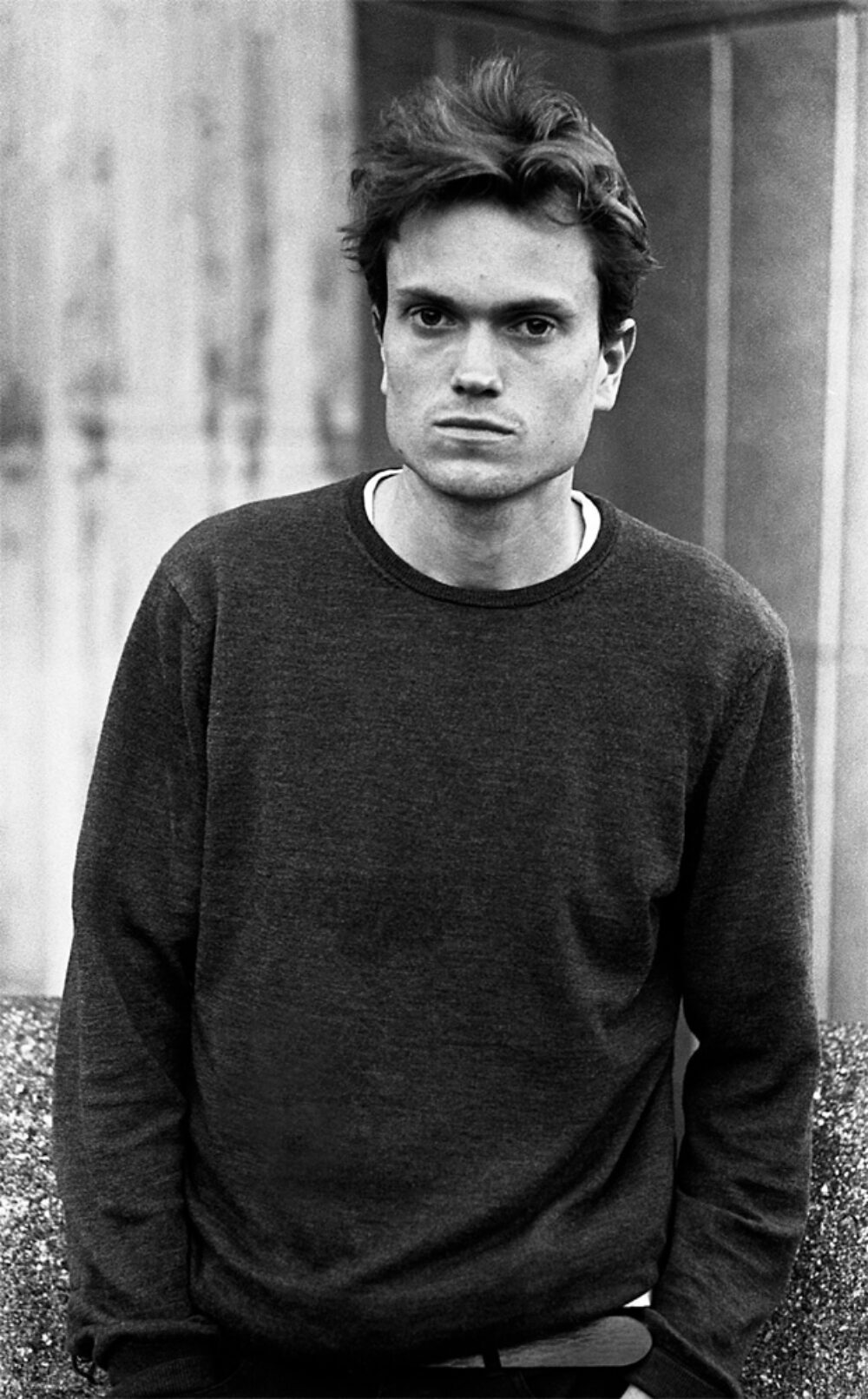 We already interviewed Nick Jensen about Eleventh Hour back in July. The interview below is more in-depth, and was intended for the special issue of Grey accompanying The Grey Video. Sadly that got canned along with our video. Anyway, Olly Todd said Nick’s part in Eleventh Hour is his best yet, and that’s saying a lot when you look at his back catalogue. Nick rides for Lakai, Fourstar, Isle and Slam City Skates.

How did you become involved in the project? As I remember it there was a conflicting project that fell through before you fully committed to a full part.
I was always really excited to film a part for this video. I remember I had filmed one line and a single trick with Jacob (Harris), then we started working on a new Blueprint video with Morph (Dane Crook). I decided not to try to split the filming for this project as I had learned how hard this can be when filming for Fully Flared and Make Friends with the Colour Blue. I was concentrating on the Blueprint video then things just seemed to run out of steam. So I decided to dedicate my time to The Grey Video, with the exception of other much smaller projects such as my Thunder commercial and the Panoramic Series edit. I was really energised to work on The Grey Video, as it featured lots of skaters I hadn’t skated with much before.

Can you talk a little about working with Jacob Harris?
Where do I start? He is definitely a mellow dude, sometimes so mellow that I am waiting at a spot for him for a while or he comes out to film at night and forgets his light bulb. But to his credit, he will make sure he gets up first thing the next morning to go and buy one. And he always charges his 11 or more VX batteries and never once complains about being tired when he has been filming pretty much constantly for a week. Another thing about Jake, which adds to his humble character, is that he kills it on a skateboard, sometimes so much so that he should be the one skating and I should be filming him. However you can tell he is not interested in being filmed and that his priority is to capture the right shot for whatever trick you are trying. He is a unique breed of filmer that is becoming more extinct in the wake of HD saturation. His new video is VX at its best. Even Magee agrees.

Can you talk a little about skateboard videos, and their importance in your life as a skateboarder?
They used to be so important, not quite so much anymore. This is just because there were no online platforms for video releases. You wouldn’t see or really hear anything about a skater’s footage until you went to your local skate shop and bought the tape. Now obviously you have so much accessibility to footage of good skating that the act of pushing the DVD or VHS into your machine is outdated. I think it is important today to try to prevent as much footage from being leaked as possible and to be patient. It’s also cool to have the video on DVD. Having a physical object that you can hold onto is always really nice.

What skateboard video has had the biggest influence on you?
Mouse. It was just so sick. I think the combination of all the different styles and tech ledge tricks is what made me so compelled to skate. I was skating Southbank a lot after it came out and I just remember all of us trying nollie crooks on the white granite ledge. 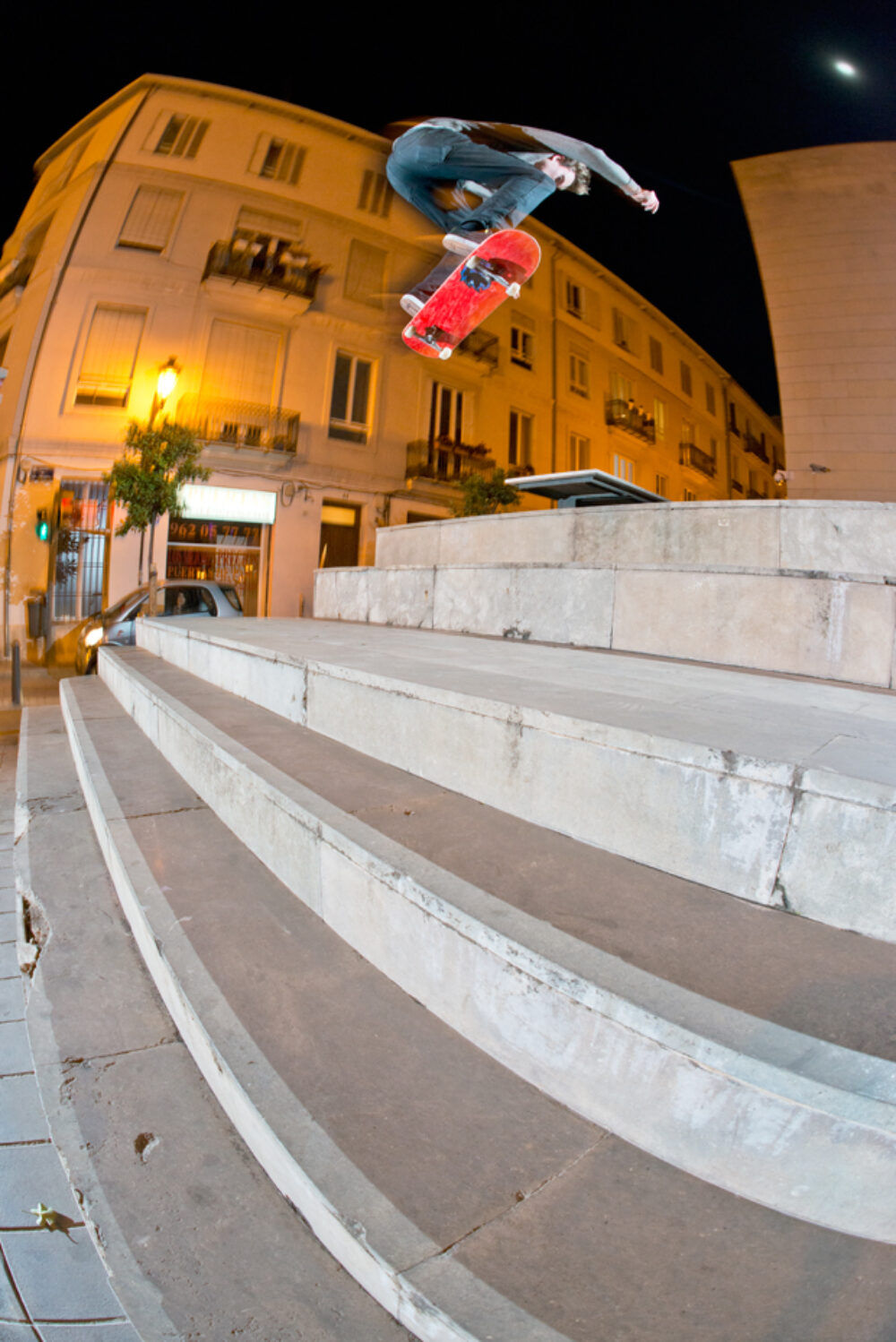 Do you agree that skateboarding should be presented as a full-length video, in the same way that music should be digested as albums, with tracks listened to in the order intended by the artist/s?
I don’t think skateboarding has to be presented in this way necessarily, however it is really nice, unless the video goes on for too long. I think with a musician, his/her album is all them, whereas with skateboarding there are different people, so it’s more like a cocktail. It’s a bit of a balancing act between creating an album-like continuity without trying to harmonise everyone’s sections too much. I think Photosynthesis is a very successful example.

Eleventh Hour has evolved considerably from what was originally pitched, the main differences being in length and new riders working on sections. What are your thoughts on this?
I think it is great that the project allows change and developments from the initial plan. Credit goes to you and Jake for welcoming this. Thanks to this we now have a Chris Jones section.

How do you feel about the project changing from The Grey Video to an independent video last minute due to issues with sourcing music?
By the same token that both you and Jake have welcomed change during the process of filming the video, I support the decision to make it independent. I believe that as Jake is the editor and director, he should be able to conceive all aspects of the final video. To have to compromise and use a song that isn’t his first choice would only take away from all his hard work.

The video was filmed mainly in London, Lyon and Berlin with some Valencia footage too. How do you feel these locations compliment each other?
I think the locations work really well because they are filmed in cites where some of the skaters in the video are from or live. They already know spots they want to skate and this keeps it fresh. It’s different to a team going on tour and each rider filming a different trick at the same spot. Both Lyon and Berlin have a grey feel to them too: old architecture, overcast and lots of concrete. Valencia is the exception to the rule and probably the one source of sunshine in the video.

I know you think a lot about your video parts and certain themes can be associated with different parts. How would you characterise this part, and how would you compare it to other recent parts?
This part is more line-based. I enjoyed finding new things to skate and it’s just been a really fun video to work on. It was a little bit harder in the winter as it was seriously cold and very wet this year.

What would you change about your part?
More hammers!

Who has your favourite footage and why?
(Tom) Knox, just because watching him skating is like watching a tap being turned on. His skateboarding is at a point where it just seems to flow seamlessly from one thing to the next. His section is one of the best I have ever seen, a real portrait of a talented, dedicated and gnarly dude. I also think you can tell that he and Jake are good friends from the footage. This is another reason why the part is so rounded.