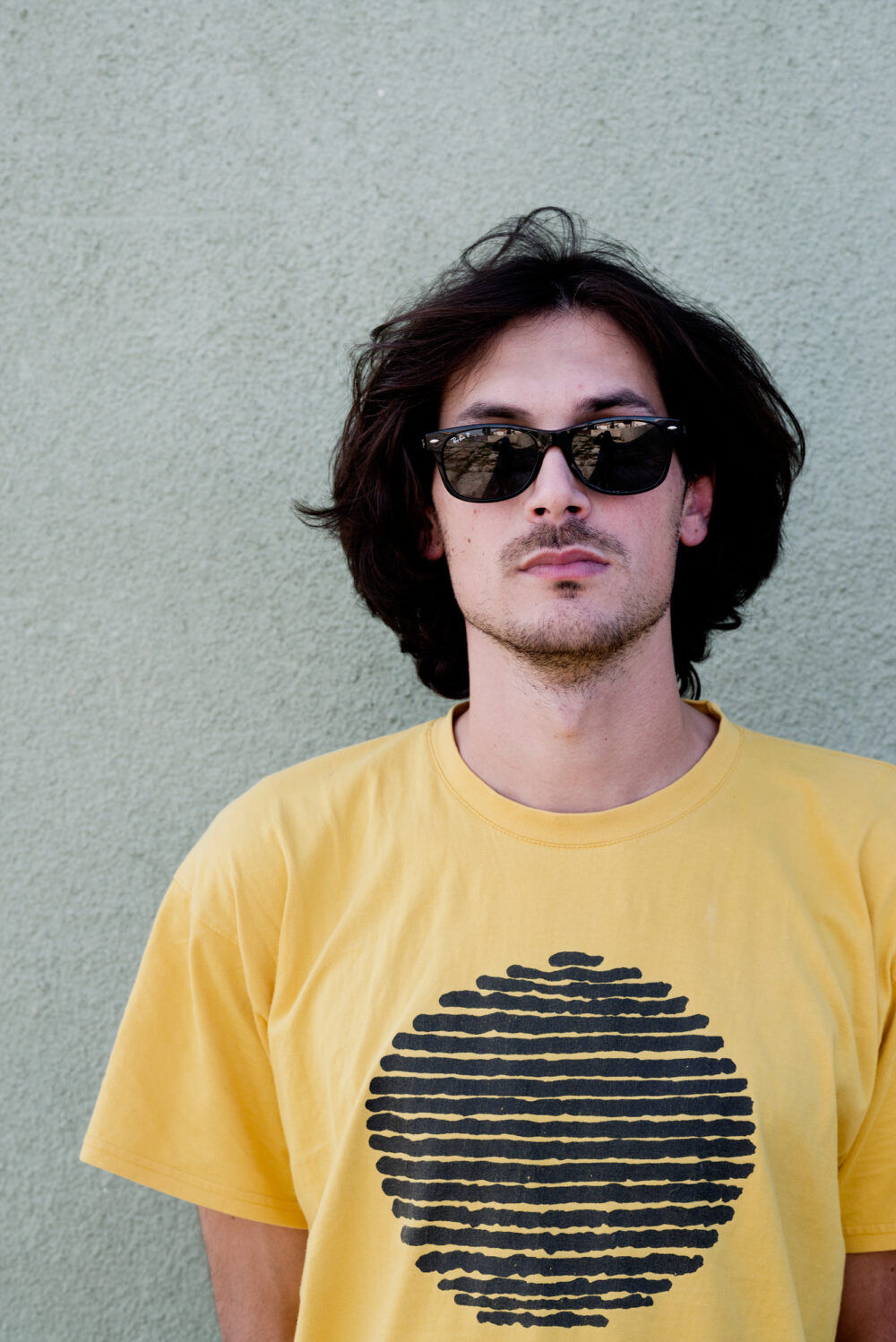 Ahead of this Friday’s premiere of Solsticij, in association with Palomino, we decided to publish part 02 of an interview with its creator, Nikola Racan. This interview was conducted in Nikola’s hometown of Fažana, Croatia last September, a couple of days after Solsticij’s Croatian premiere at the Vladimir Film Festival. You can read part o1 of the this interview – mainly about the festival – here. Part 02 is about Solsticij. Don’t miss the London premiere. Details here.

Tell us a about your full-length video, Solsticij.
The film was five years in the making. I come from Croatia and the skate scene there is not like it is in the UK or France or Holland. I literally started from nothing. There were some filmers before, but every video that was made in Croatia was stayed in Croatia. This is the first project that involves people from different countries. It took a lot of time to develop and grow in a perfect way, to think a little bit, to know how to use the camera, to know what to do. What is the purpose of the video? I didn’t know until I exported the video three hours before (the premiere). And then it came to me: we are united now, we are just like one crew or one family all sitting in the gallery watching the film. It was such a pleasure that all the guys came. The video has over 60 people in it and 80 or 90 per cent of the guys were at the premiere, so… I didn’t feel stressed at all. I was really happy at the premiere.

It was an emotional evening. Were you expecting this reaction?
Since I started to make the video, I did everything by feeling. I was not focused on tricks at all. Also, when I edited the video, I was not thinking about the tricks – what is the first trick, what is the last trick – it was nothing like that. I wanted to make a flowy, moody… The video is really like a personal project. I’ve been editing for almost a year, not trying to do any fancy effects, you know, some stuff like Colin (Read) did (with Spirit Quest). It is not a video like that. I filmed 99% of the video by myself. Every clip tells a story and every skater in the video became my really good friend. Before the video, I wasn’t friends with nearly 80% of the people. I was saying to my guys in my hometown, in Fažana and Pula: “If you want to make a good skateboard video, you must connect with the other guys. You must involve some people from outside.” The guys could skate really good, but they needed someone to guide them through.

The premiere was definitely emotional. At the premiere I felt really light. I felt really happy, like it was pure happiness. There was nothing else. I didn’t worry for a second that something would go wrong… How can I describe it? Maybe it’s too early for me to talk about it because the festival is… I mean the guys are still here. I don’t know, I can only say that I feel really light and happy.

Can you tell us a little bit about the music you used?
If you are a skater and you use a hip-hop soundtrack to your clip or some standard stuff, it will always work well. I don’t have anything against that, but I really wanted to make a video with a different soundtrack, to use some artists that are well-known in the music world, but also some that are underrated. Not only that, I was searching for a song to display the character of each skater, so it was a really hard process. I’ve been working on the soundtrack for five years – as long as I’ve been working on the video – so each guy has a track that describes his skating and beyond skating, his personality. Every clip I filmed… it was so personal with everyone. Every guy who has a clip went on a little mission with me. Every clip has a story. The soundtrack is pretty emotional also. I think it speaks a lot about myself.

If you just add the clips and cut them and edit, it’s alright, anyone can do that job. Some do it better, some do it smoother… I didn’t really want to imitate other filmers’ styles, you know: film the closest I can get, cut it … For example with the intro and Zoe’s (Miloš) part, I really wanted to start the video with something awkward. It was a struggle for sure to find the tracks.

I also want to say that a few of the songs in the video are from one guy named Damir Šestan. He was the first guy (from Croatia) who travelled Route 66 – he did it two times in the late 1980s – and he was the first guy who brought blues music to Croatia. He made so much music with famous guys in Croatia that he did not want to go anywhere, so I got a few tracks that were never released.

From him?
From him, yes. So it was a pleasure to have one of the most famous Croatian singers in my video.

Where did you travel for the video?
I travelled to a lot of places in Croatia, a lot of places in Slovenia and parts of northern Italy… not that many places. I went to France, Bordeaux and cities around Bordeaux, Paris. I was in the UK, in London. It was like five countries. That’s not lots, but for Croatians it’s all right.

You mentioned that you didn’t want to copy anyone’s style, but then you also mentioned earlier (in part one of the interview), Yoan Taillandier and the Japanese movement, Tightbooth etc. What were some of your influences for the video?
Yoan is pretty much one of the most influential filmers of the new era. He influenced me a lot. All the guys… I’m so amazed by Josh Stewart’s work. A lot of the underground or independent filmers are influenced by him. When I first started to film I didn’t even want to use the VX1000. Actually it was an accident that I got that camera. I was filming with another camera and I bought the MK1 fisheye. The guy who eventually sold it to me, he lent me the VX just to use while I was trying to find the fisheye adaptor for my camera. When I first felt the camera in my hand, I fell in love. That is the reason why I’m using this camera.

How did it feel to film tricks with Yoan for your video, him being a big influence, filming-wise?
When I first came to Bordeaux and I was filming the guys, my heart was jumping 100 per cent. I was too emotional because I was new, you know. Nobody knew me – maybe they still don’t – but five or six years ago I didn’t know anyone. I think I progressed quite fast since I started filming maybe eight or nine years ago. I filmed a lot before (the video), but these better cameras… So filming Yoan was different to filming the other guys because he’s a filmer, but it was easy because this guy is super-chilled. He’s not stressed. It was a pleasure because I can relate to Yoan. Filming a filmer. Filming some guy who influences you a lot. He is also a super, super talented skater. He almost has a small part in the video, a minute and a half maybe, a little bit more…

Tell us a little about the outro. It felt a like a love letter to your hometown.
It definitely is, yes. Exactly. A lot of the video is shot in Pula, not much is shot in Fažana. Only the outro is all Fažana. The camera moves back and forth, it goes places I usually walk by the seaside in the winter when there are no people around. I love that peace and quiet and it shows that as much as you go away, you always return to your home. Everything was shot first take. I simply had an idea of how to do it and an awesome track. It’s basically the way I see it (Fažana). It is how it is. I’m not trying to make something that is not here. It’s definitely a love letter to Fažana.

What will you do now, after spending five years on this project?
Now, when everything is done, I made a video. It definitely has been a long process. This video, it’s not super-technical with a million skaters and a million places, revolutionary tricks. It was never about that. It was about creating a scene and connecting with the people who could think the same way, who could share the same vision. I really wanted to put my place on the map and show that we guys here can do some good stuff. The Croatian skaters inspired me. This shitty scene has inspired me to do this. The video went the way I wanted. Nobody pushed me to do anything I didn’t want to do. It was difficult to explain to people around me what I was doing with my life: “What do you do? You went to Rijeka for one week, now you’re back home. You don’t do shit…” It’s hard. It looks that way: I’m not doing anything you know, I’m just fucking around with the camera…

Do you have any more projects planned?
Jake (Harris) said to me in London and Colin more recently: “I finished the film and I’m never going to do a skate video again.” And I feel those guys. I feel them 100 per cent, because when you are a filmer, you babysit the guys, you need to be a manager, producer, director, editing guy, everything… Five years with the guys from all over, my life was on hold. I almost broke up with my girl. Not just that, my friends… even the people in the video at one point started to lose faith that I would ever finish it. It’s life, you know. I’m glad that it’s done because I can say and all the guys can say: “I did this in my life”. That’s it.