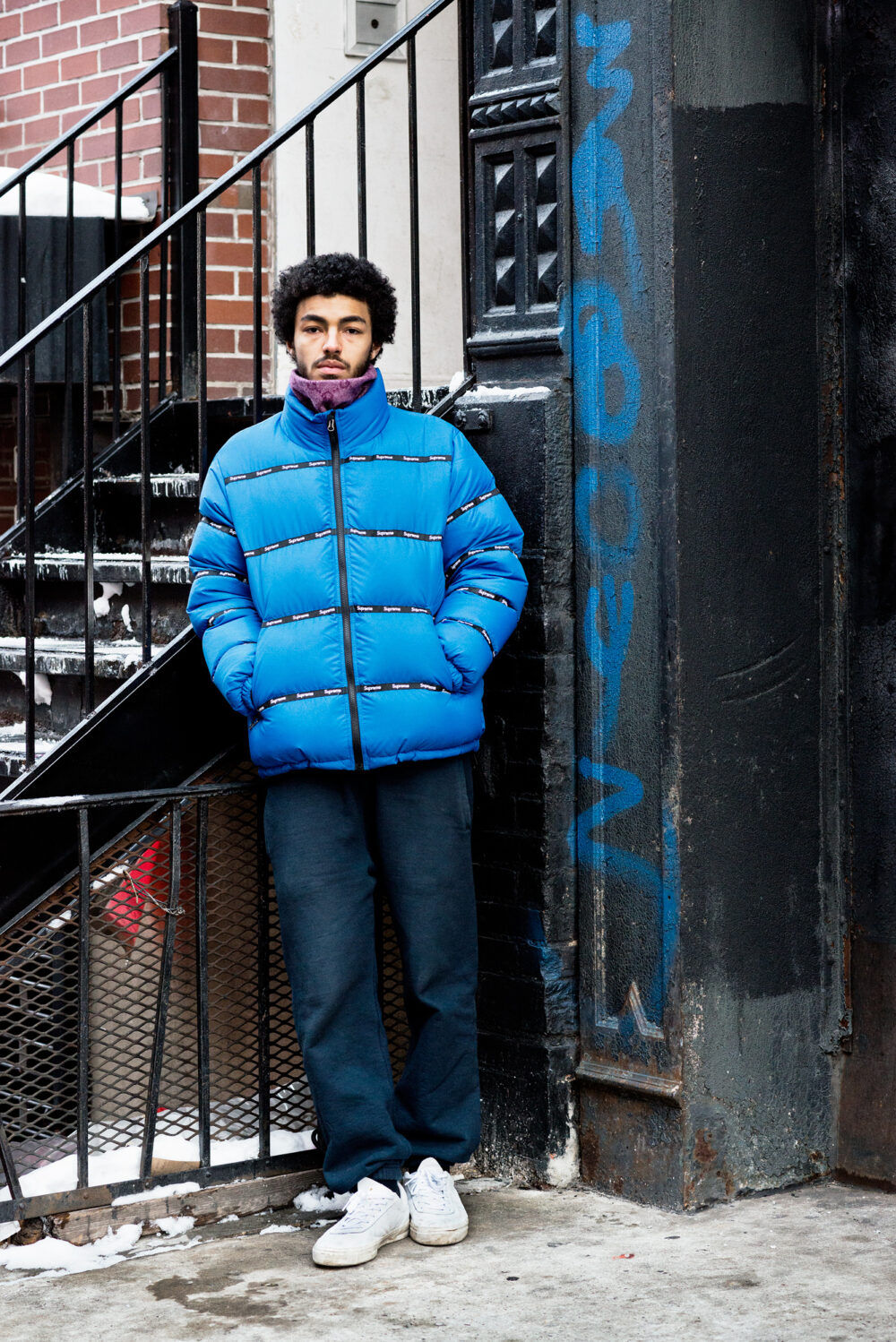 We caught up with Sage Elsesser in New York City at the launch of his new Converse Cons One Star CC for a quick chat about art school, the legacy of Cherry, his new shoe and creating his own lane in skateboarding.

How are you doing today?
I’m good… a bit hectic, you know with this whole thing. I’m not too big on parties, so it’s weird to have my own party. I’m usually just an in-and-out kind of guy.

What have you been up to lately?
Mainly school. That’s been consuming all of my time really.

So you’re at college here in New York? What are you studying?
Yes, I’m studying fine art, painting, at Pratt (Institute). I’m at school four days out of the week.

How many years in are you?
I went last year and I’m supposed to be in sophomore (second year), but I had to redo the year. I kind of took a break last year. I’m technically a freshman.

Do you find it tough balancing college work with skate stuff?
That was my biggest problem last year: learning how to juggle it.

Converse seems to be on the road constantly.
Yes, but Converse has been really understanding. During the school year they kind of lay off.

With Sean (Pablo) recently turning pro, that’s most of your crew from Cherry with pro boards now. Nakel (Smith) and Kevin (Bradley) too. That’s quite a fast career trajectory for you guys.
Yes, it’s pretty crazy to think that less than five years ago this was kind of just blossoming and now we’re all pro and shit. It’s really cool. Now Sean is the last one. We’re all big kids now. It reminds me of how skating used to be: you’d turn pro before you were 20. So all of us have been teenage pros. That’s kind of cool.

Were you surprised at the reach of Cherry’s influence, inside skateboarding and outside?
It’s one of those things. You can’t ignore it. It’s hard to remain humble about it… I don’t know, I just learned to take it as a compliment, or see it as inspiration, because that’s what I use, with my style and everything, music that I like… it’s all inspiration from other people. So hey, it’s cool to be inspiring.

Is there another Supreme video in the works?
Yes there is. I’ve been trying to film. That should be done in a year or so.

OK, onto your new shoe. I read a little bit about the story, how you saw an original Court Classic in a vintage shop in Tokyo.
It was actually during the One Star World Tour. I went to Japan in the middle of the trip – this was the Europe tour – and I came back and met them in Paris. The (Converse) designers were there for some reason. I showed them some photos of the shoe. I was like: “This is the sickest shoe.” I just thought we should make it. A few months went by then Adam (Binette, Converse) hit me up saying they had found one in the archive at the office. From there we just reconstructed it and made it better. It’s pretty much the same as the original but the sole is a bit more skate durable… and a few little aesthetic changes.

So you didn’t buy the pair you saw in Tokyo?
No. They were too expensive. They were like $500. They were dead stock from the ’70s. The glue was falling apart.

What’s the significance of the rose and hand prints?
The rose is from Depeche Mode’s Violator album and the hand prints on the inside are from a Donny Hathaway and Roberta Flack record that I really like, so I just thought to include those.

OK, onto some more general questions. What do you like about skateboarding today?
I like that we’ve been able to create our own lane in skateboarding. I feel like the time we came out, skateboarding was – I mean still is – very technical. It’s based upon how hard the manoeuvre is, not the way that you make the manoeuvre look. So I think that we’ve created a lane, Sean and I specifically, for kids and people to just skate how they want and dress how they want.

What do you dislike about skateboarding at the moment?
I’m pretty psyched on it as a whole. Skateboarding is really popular now and it’s cool that people are still doing it. Now it’s 2017 and it’s still a popular thing, if anything more popular than it was. I’d say the thing that bothers me most is when I see other companies kinda biting FA (Fucking Awesome) with the board graphics, but then again it’s inspiration. We kind of changed the… set the tone. People can’t just get away with putting their fucking logo on a board, you know, or somebody’s name. Every FA board we make is kind of like an art piece.

What makes you happy outside of skateboarding?
Primarily music, that’s kind of my base.

Do you still play music?
Yes… mainly just listening to records and buying records and collecting them. Art school, that consumes the majority of my time and my energy. I’d say that really: school.

Does anything outside of skateboarding make you sad?
For sure man. The world is… it’s pretty bad right now. I think we’ve evolved as humans, but there are always going to be minor and major setbacks, so you just have to focus on yourself and how you can help people around you as opposed to be being bummed on… You know it’s easy to be bummed on the whole Trump situation. All you can really do is make a difference, get out there, march or whatever, however you feel you’re going to make a difference.