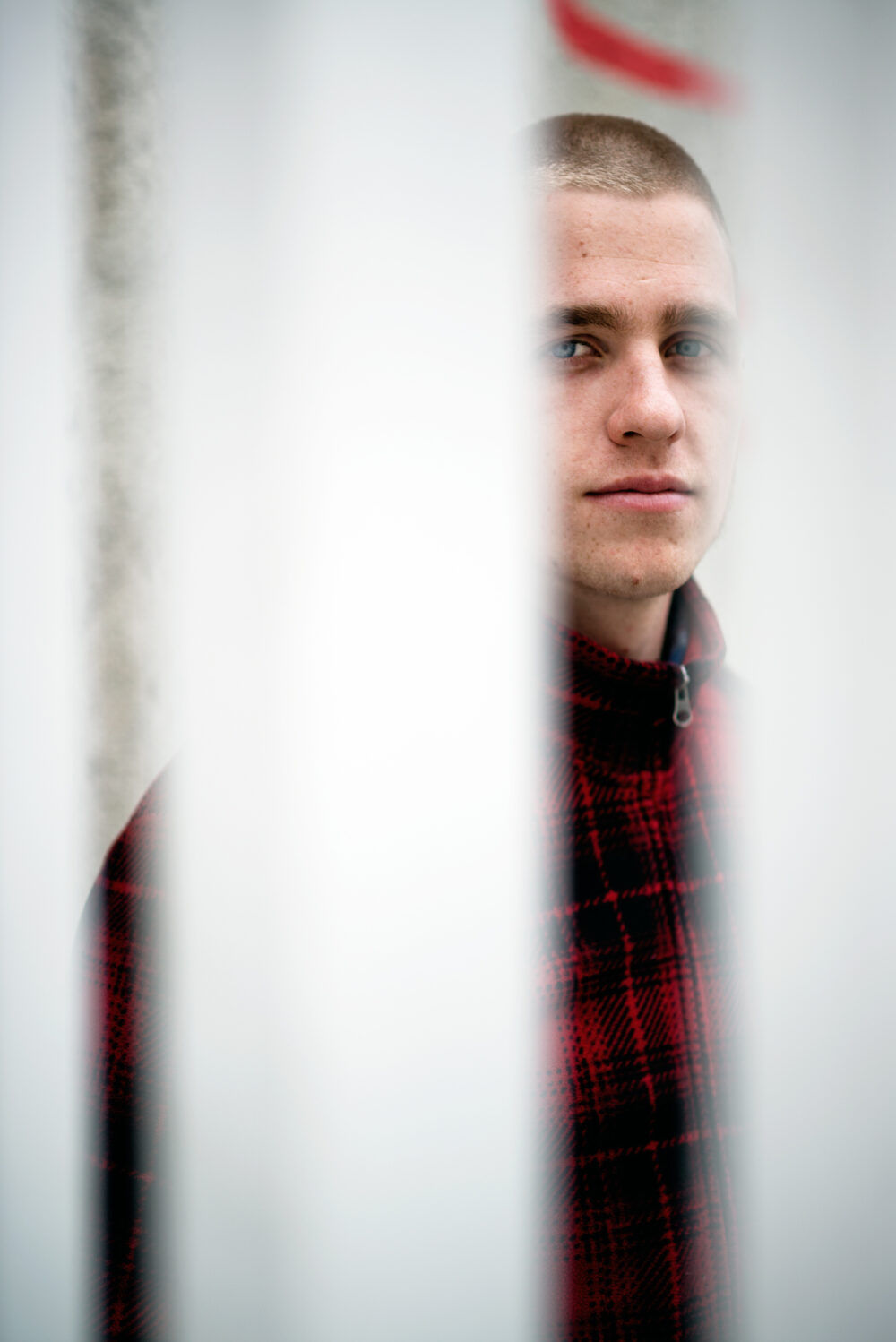 We caught up with Oscar Candon in Barcelona for a chat about his new Supra Chino colourway, growing up in the Parisian suburbs and getting away from it all, among other topics. Find out more about the Chino here and watch Oscar’s video promoting his colourway here.

Tell us a little bit about the Chino tour. This is the last stop, right?
Yes, the last stop is Barcelona. We toured a little bit around California and Arizona to do some shop signings and demos, then the same thing in Paris and the south of France. Now we’re in Barcelona trying to get a little bit of street skating in.

How long have you been on the road for?
How long has it been? Like a week for the Europe part and ten days before that in the US, so I’d say two and a half weeks.

Who has been on the tour? Just you, Dee (Ostrander) and Boo (Johnson)?
And Dane Vaughn. So it’s been a good crew. And Lucien (Clarke) just arrived for the Barcelona party, pretty much.

Do you want to say a little about the Chino shoe and your colourway?
Well, I’m happy about it. To be honest I didn’t have much input as it’s a colourway – it’s not my own shoe or anything. Back when he was working with Supra, Vaughan (Baker) told me, “Yeah, we’re giving you a colourway. Don’t worry, it’s going to look good. It’s simple.” So I wasn’t worried at all. When I first saw it I was like, “It’s perfect.” This is the kind of shoe I skate. It’s just simple. It’s like the Cuba, but with laces. It’s perfect to skate. I actually skate these all the time now.

I’m surprised not to see a toecap. What do you think about that trend? It seems every brand has a shoe out with a toecap at the moment.
I don’t know. I haven’t tried that out. I stick to what works for me. If I was to go with the toecap, it would only be to go with the hype, so I’m going to stick to this (the Chino) because it works. Maybe shoes with toecaps skate really good but I haven’t tried, so I can’t really talk shit. There definitely is hype around the toecap though.

OK, enough about shoes. You grew up in Meudon, on the edge of Paris. Can you tell us a little about this place?
Well it’s the boring suburbs of Paris. Nothing happens past nine o’clock. There is no one in the streets, no bars, nothing. So I was always trying to get out of there and go to Paris and skate in the city. There was a skatepark, a shitty little metal skatepark. That’s where I Iearned how to skate. That park was the only good part of living in Meudon. Other than that, I didn’t really have much to do there to be honest.

You skated with Remy Taveira a lot back then, right?
Yes. Now we don’t skate together as often as he’s on lots of different trips. When I’m in Paris, he’s away and vice versa, so we’re not skating together as much as before.

Did he grow up near you?
No, he’s from the suburbs too, but to the north of Paris. But we had just the same mentality, you know, suburb kids. So we got along really well and from 14 to 18 or 19, we were together every day.

When I interviewed Remy, he mentioned getting in some sketchy situations skating the suburbs, being chased for cameras etc.
Yes, of course. The suburbs can be sketchy, especially when you’re younger. As soon as you give away that you’re scared in the suburbs, that’s when people start fucking with you. They see it in your eyes that you’re an easy target. Since I’ve gotten older, I haven’t gotten into trouble in the suburbs once, because I’m not scared anymore. You still have to careful in some projects, but it’s safe if you’re not a dipshit and they don’t smell fear. You’re fine.

It seems like people have been going into the Parisian suburbs to shoot photos and film more the past couple of years.
Yes, there are insane spots in the suburbs. There are a lot of lazy people in Paris, who don’t tend to go outside the city, which is quite a good thing because it means there are fewer people skating those spots. There are lots of things left to do on those spots. 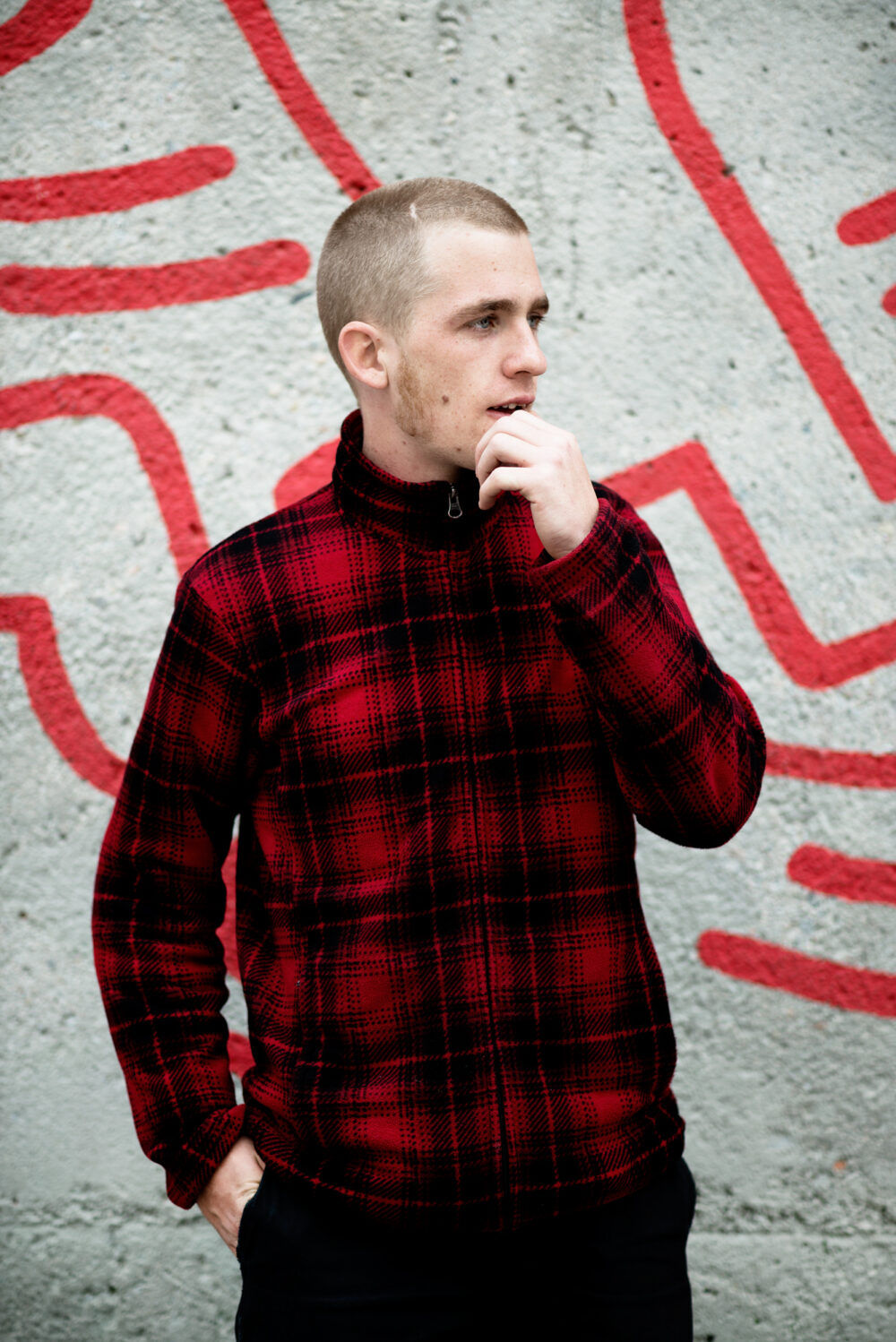 République seems to be at the centre of Parisian skateboarding these days, with the Blobys putting out new Instagram clips almost daily. What is your opinion of this spot?
I don’t go there.

I figured it might not be your thing.
It’s not my type of skating and Instagram is not my medium for skateboarding. I can understand that some use it as a medium and good for them if they’re happy with that – if it works, if they’re having fun, then good for them – but I don’t really want to be part of that. I’ll fuck around on flatground and ledges but I know what I like to skate and it’s not that, so I have no real interest in being at République and just hanging out. I don’t want to spend five hours on ledges trying to learn a new trick. I’m not really part of that République scene for the moment.

Where do you live at the moment?
I don’t really live anywhere at the moment. It’s something I’m trying to figure out. When I’m on trips, I don’t worry about it but…

Do you have your stuff back at your family’s place in Meudon?
I don’t have much stuff. Most of my stuff is in my bag right now. I have a laptop, that’s the most expensive thing I own.

Do you have any idea where you might like to get a place? Paris is pretty expensive…
It’s super expensive in Paris. It’s not worth me renting a place because I’m on trips a lot. It’s just not worth paying fucking €600-700 a month when I’m not there. I put that money that I’d spend on rent aside for later. I know I want to buy some land somewhere. But I still need to figure my shit out because it gets tiring… I have my family house but as I get older, it’s a little weird to go back. I’m over sleeping at my parents’ place. We’ll see what happens. For now, I’m on trips.

What proportion of your life do you think you spend on the road, on skate trips?
Last year I got hurt a bunch, so there weren’t so many tours, but I’d say I’m on tour more than not.

The Supra tours seem pretty luxurious compared to say, a Frank trip or maybe just travelling around Europe with your friends. Which approach do you prefer?
There are good sides to both. I’d have to say going away with my mates for sure, but when you’re on a busy schedule, skating every day and they’re expecting shit from you, an edit, an article – it’s not work, it’s still skating – but you’re hurt at the end of the day, you know, you’re fucking hurting, so it’s good to come home to a nice hotel room or a nice apartment. But then again, if I’m on vacation skating with my friends and sleeping on the floor, I don’t give a fuck.

I heard you no longer ride for Frank. Do you have any other plans for a board sponsor?
I’ve had offers and there are talks right now, but I’m really being patient with this because I want to make sure I’m happy where I land. I’m really taking my time. For the next two months I’m just going to buy my boards.

What do you have coming up this year? You mentioned a Thrasher part.
Yes, it’s a Supra part that Thrasher is releasing. It’s almost done. I maybe need to film a couple more lines and shoot another one or two photos. It should be good. It’s a solo part, but there should be some tricks from all the guys on the team in there as well, so that’s cool. And I’m trying to work on this little Thrasher interview at the same time.

So you think you’d be happy living away from cities and people?
As long as I have a beautiful wife, yes.